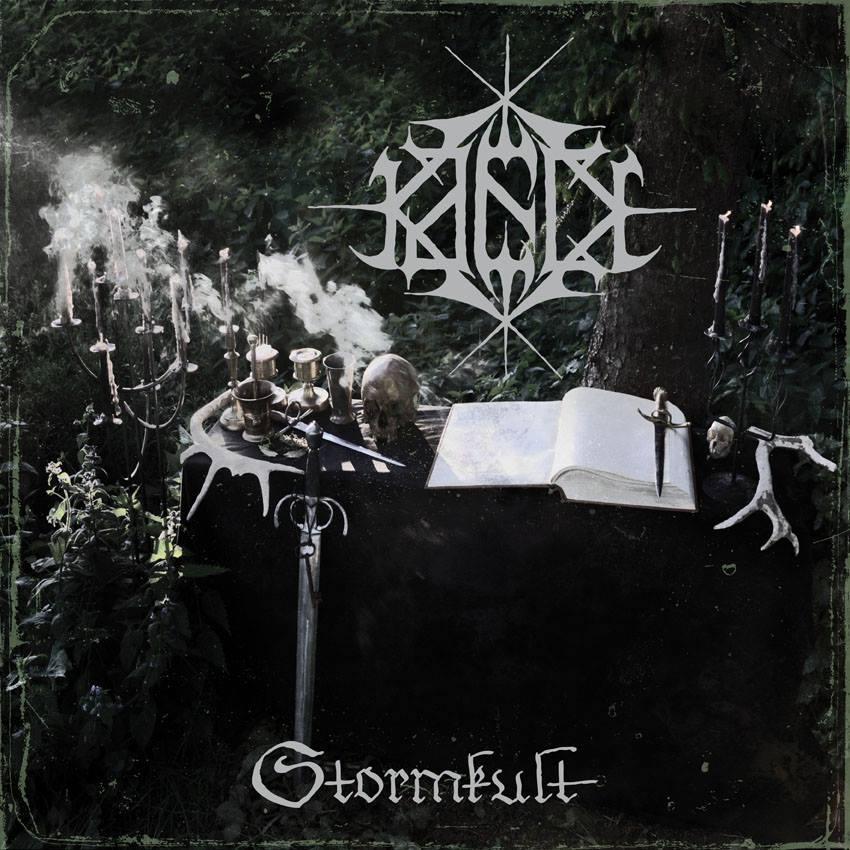 Stormkultwas hailed as one of the best Black Metal releases of 2015. The album is raw and unrelenting with harrowing atmosphere. Kaeck wrote the album in 7 weeks. Heathen Tribes Records records released the album in June 2016 as a strictly limited special edition cassette of 100. The package included a poster, lyric sheet, and a slipcase cover for the tape. Heathen Tribes reissued the album in 2018 on 12″ silver vinyl limited to 200 copies.

Kaeckare a war Black Metal band from the Netherlands that formed in the winter of 2014. Kaeck consists of members from Sammath, Kjeld, and Noordelingen. Some of the members have been active in the Black Metal underground for more than 20 years. The purpose of Kaeck is to wander the path of Black Metal in its purest and primal form.