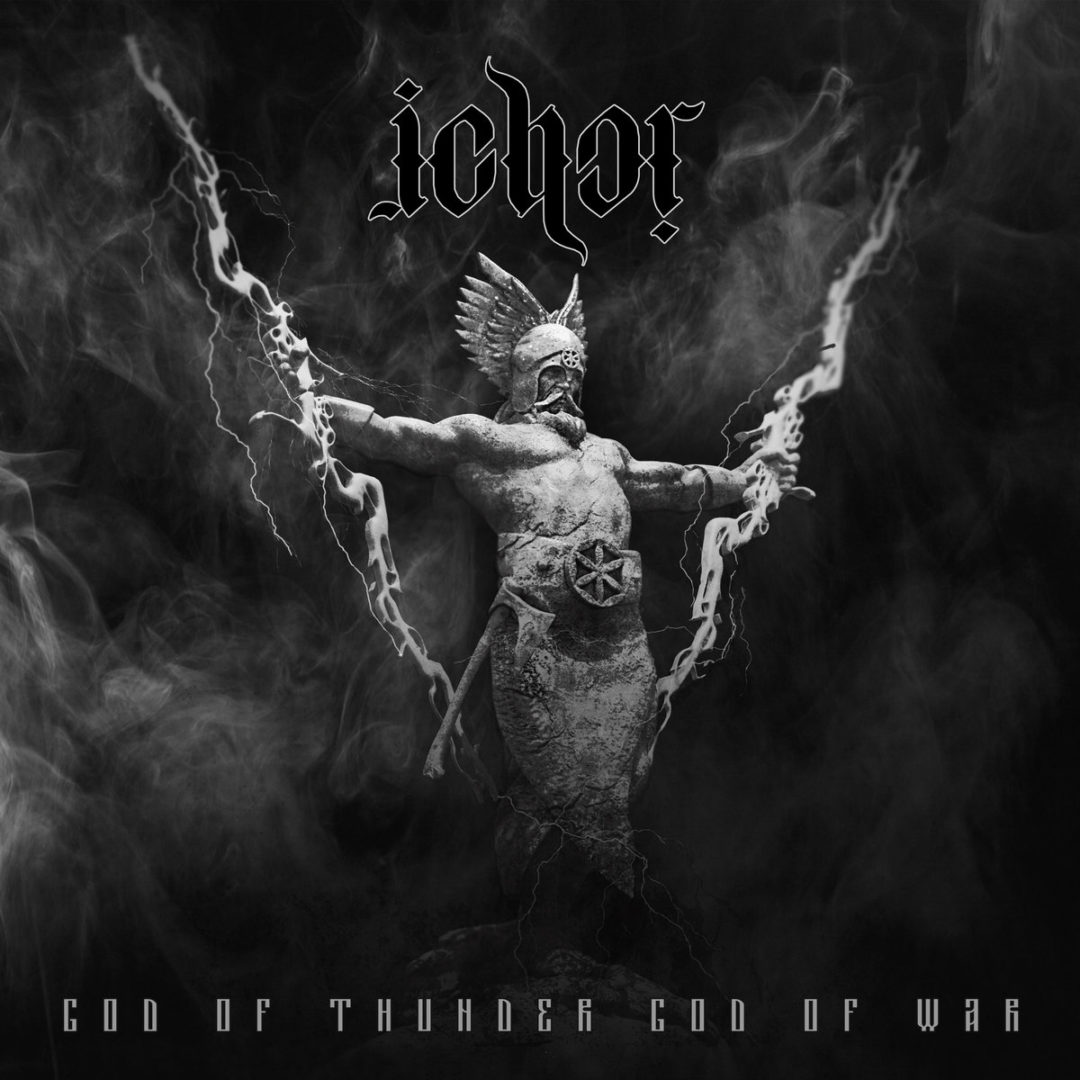 God Of Thunder God Of War

On October 5th, 2018 Seance Records is proud to present the long-awaited debut album of Australia’s Ichor, God of Thunder God of War.

If the name Ichor isn’t immediately familiar, it’s for good reason: this extremely cult black metal band formed in 1993 and disbanded later that year. During that time, the band recorded and released a self-titled four-track demo tape. But, its disbanding was also for good reason: Ichor‘s two members, Wraith and Diablore, wanted to focus on their other band, the now-legendary Nazxul. Thus, in the grand context of Australian black metal, Ichor served as an oft-unknown yet crucial puzzle piece.

Late in 2017, the decision was made by Wraith and Diablore to re-form Ichor, and the duo promptly recorded the band’s first full-length. Aptly titled God of Thunder God of War, Ichor‘s debut album thematically focuses on Slavic paganism. In fact, the moniker Ichor itself the ancient Greek word for the fluid that runs in the gods’ veins; the concept behind using that word was that the only difference between humanity and the gods is a physical substance or principal, thusly meaning that humanity can rise to the ranks of gods.

With that foundation at hand, Ichor‘s God of Thunder God of War indeed soars to the heights – and likewise depths – through a sinuous surge of stout, atmospherically inclined black metal. In many ways, the album’s a culmination and consolidation of the paradigmatic Australian black metal sound pioneered by Nazxul – and, by proxy, Ichor – as it wends and wends through the sturm und drang, the tragedy and triumph, for which OZBM has become so renown for nearly two decades. Suitably, here is a sound both timeless and current, breathing the essence of ancient days and charging forward across the present simultaneously: grim majesty and bittersweet melodicism commingle, their tendrils locking together as the almost-levitational thrust of Ichor‘s palpable physicality takes flight. It all makes for high drama, suggestive of a narrative arc, and its remarkably compact six-song/37-minute runtime feels far more epic than it has any right to be. Understandably, the album contains a rerecording of one of the original demo tracks, titled “Daughters Of Wrath” – a song about the cunning folk and practitioners of the Slavonic native faith, witches.