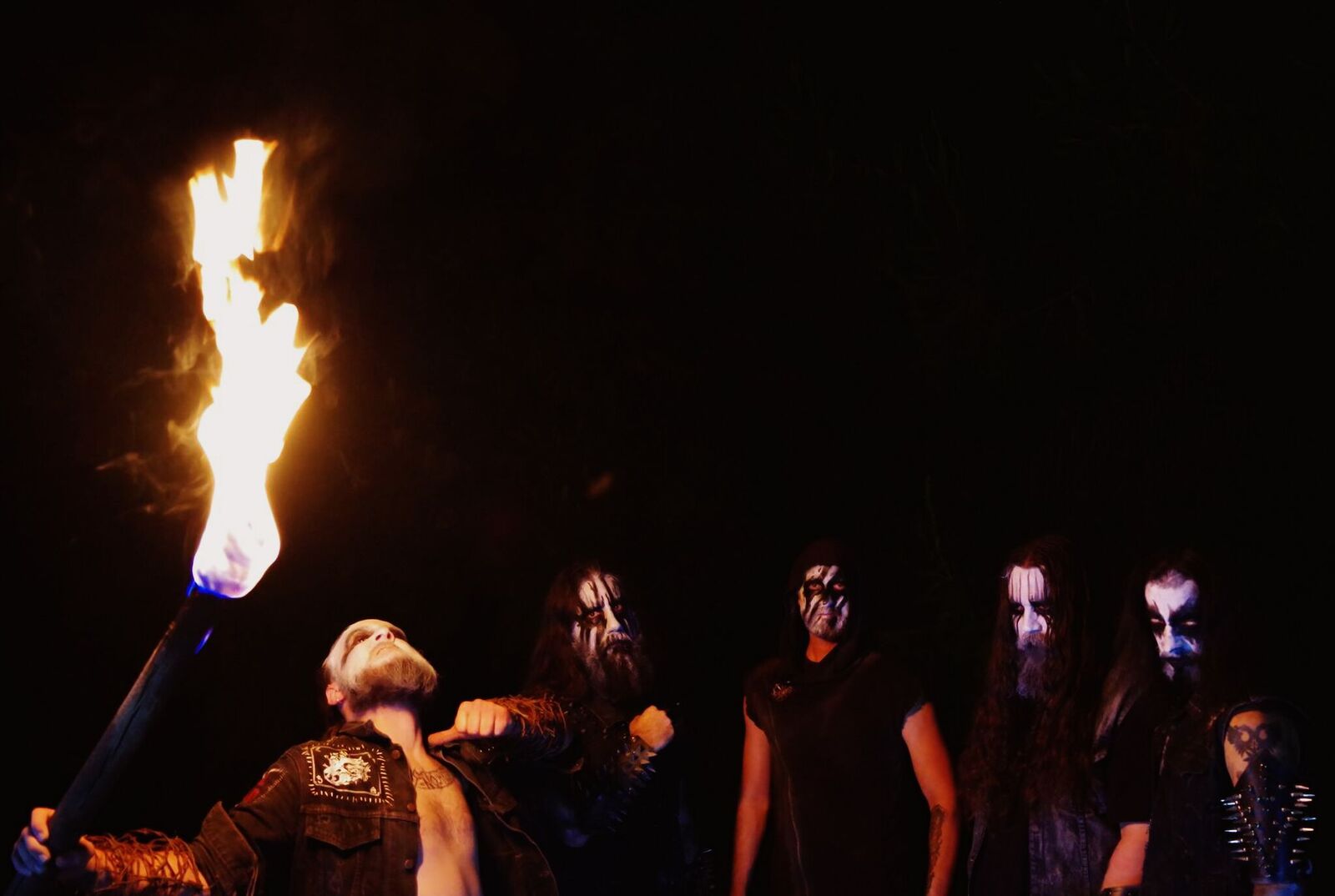 To commemorate today’s release of their second album “God of Dead Roots,” the black metal assassin dagger cult SICARIUS – hailed by Metal Hammer as “USBM with serious forward thrust” – have unveiled a music video for the record’s venomous title track. Can be seen at this location: https://youtu.be/zX_r9Xxhslg

“With our new album out today it only seems appropriate that we unleash a preemptive assault of sonic nihilism,” explains bassist Carnage. “Directed by John Ashcraft and edited by Adam Wollach, ‘God of Dead Roots’ is an offering to the old gods. Filming in the pouring rain was a challenge in and of itself, but the end product is something we are truly proud to set upon the world. With respect to the title track of this album, we bring you the video for ‘God of Dead Roots.’

Out now on CD, digital and limited-edition (250) moonless night black vinyl, “God of Dead Roots” – which was produced by Anaal Nathrakh’s Mick Kenney – builds on the raw carnage displayed on the group’s 2017 debut, “Serenade of Slitting Throats,” which was praised by Decibel for “combining black metal with a violent immediacy and pairing it with a bloody, corpse painted aesthetic.” The album, which features cover artwork by Misanthropic Art (Behemoth, Pig Destroyer, Dismember, Hate Eternal), marks SICARIUS’ first release with guitarist Grimnir, handpicked by his predecessor Argyris. The group also features drummer “BZ”, who is also a member of eOne / Good Fight recording artists Enterprise Earth. “God Of Dead Roots” physical and digital links here: www.smarturl.it/Sicarius

SICARIUS – whose moniker means contract killer or assassin in Latin – draw influence from and pay homage to classic black metal bands, yet the quintet also injects a modern, high-velocity sense of immediacy into their bloodthirsty extreme metal assault. The group was founded five years ago in Southern California, where they have since performed extensively alongside such genre heavyweights as Carach Angren, Master, Uada, 1349, Goatwhore, Vader, Helheim, Sadistic Intent, Skeletal Remains, Helsott, Wolvhammer, Sixes, Witch Casket and Tombs.

In 2017, SICARIUS signed with M-Theory Audio and released their acclaimed full-length debut “Serenade of Slitting Throats.” Since that album’s release, the band has performed in the Western U.S. on a regular basis, winning praise for their visceral and intense live shows. 2019 saw SICARIUS re-team with Kenney to record “God Of Dead Roots,” which further explores what Invisible Oranges calls “a vision steeped in anger and aggression, a noxious brew of blackened thrash with a healthy pinch of genre-appropriate misanthropy to aid in fermentation.”

With a sound that that nods to Hellhammer and Bathory and an attitude inspired by the likes of The Misfits, Motorhead and Midnight, SICARIUS embody the dark danger that rages unabashed within the most memorable extreme metal. Listen at your own risk.