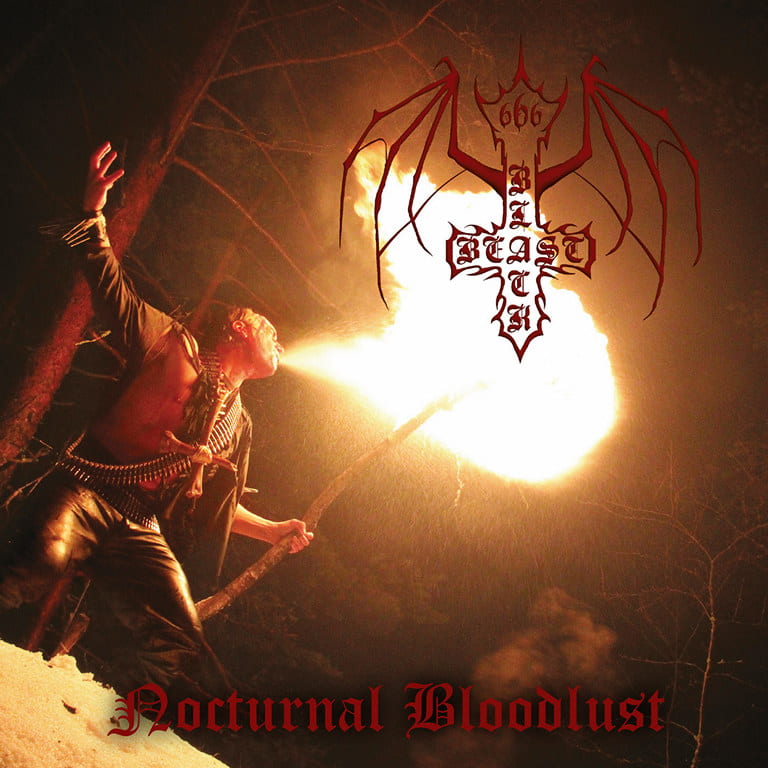 Formed in the dark days of 2002, Black Beast made their public debut in 2005 with a self-titled 7″ EP. Back then, the band’s native black metal underground was making an international name for itself and has since established itself as one of black metal’s most immediately identifiable idioms, not to mention one of the most enduring. The Black Beast EP introduced the duo with violent, vulgar aplomb, slotting well alongside their erstwhile Finnish contemporaries and yet exhibiting a refreshingly Motorheaded aspect (or at least one Venomous). They quickly capitalized on that enviable momentum with an even stronger showing the next year on a split album with comrades Bloodhammer, which was the first release by a then-young Primitive Reaction. Then, nothing…the Black Beast name sadly receded into the shadows.
Alas, bad habits die hard and ugliness is forever, and at long last, Black Beast deliver a full-length recording. Aptly titled Nocturnal Bloodlust, the now trio’s debut album picks up exactly where they left off with the Bloodhammer split LP – as if an unlucky 13 years hadn’t passed – and then pumps the shocking waste full of narcotics and, yes, nocturnal bloodlust. Charging hard, giving no quarter, Black Beast whip forth an infinite headbanging fury here, a resolute ass-kicking Motorcharge that’s nevertheless not short on atmosphere. It’s purely and proudly all-caps BLACK METAL – after all, are they not monikered Black Beast? – and poignantly proves that, sometimes, the most single-minded focus yields the most gripping results. 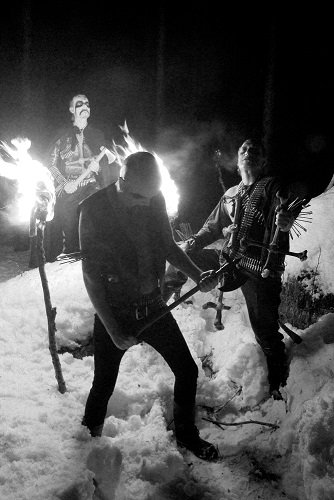 Indeed, Nocturnal Bloodlust possesses a grip of near-anthems (eight total, as well as a show-opening “Prelude” banger); by “near,” we make clear that the band do NOT write “hits” for “the fans” or crowd approval or other dumb bullshit. Rather, Black Beast offer unyielding obeisance to Satan, as all true black metal should, and declare as much on the album’s final two tracks, “Fist of the Devil” and “Symbol for My Devotion.” Through it all, the album exudes a raw-yet-robust production, thick and viscous but just as equally emitting space and shade, ably highlighting that this recording does, in fact, feature actual humans playing actual music – not cut ‘n’ paste computer crap, like so much nowadays “extreme metal.”

Older, uglier, but just as hungry as the far-more-unforgiving days of the black metal underground from which they spawned, Black Beast have returned to claim their rightful dark throne with Nocturnal Bloodlust!