News: Bane [Serbia] ~ Let Thy Chaos Forever Reign Upon Us… 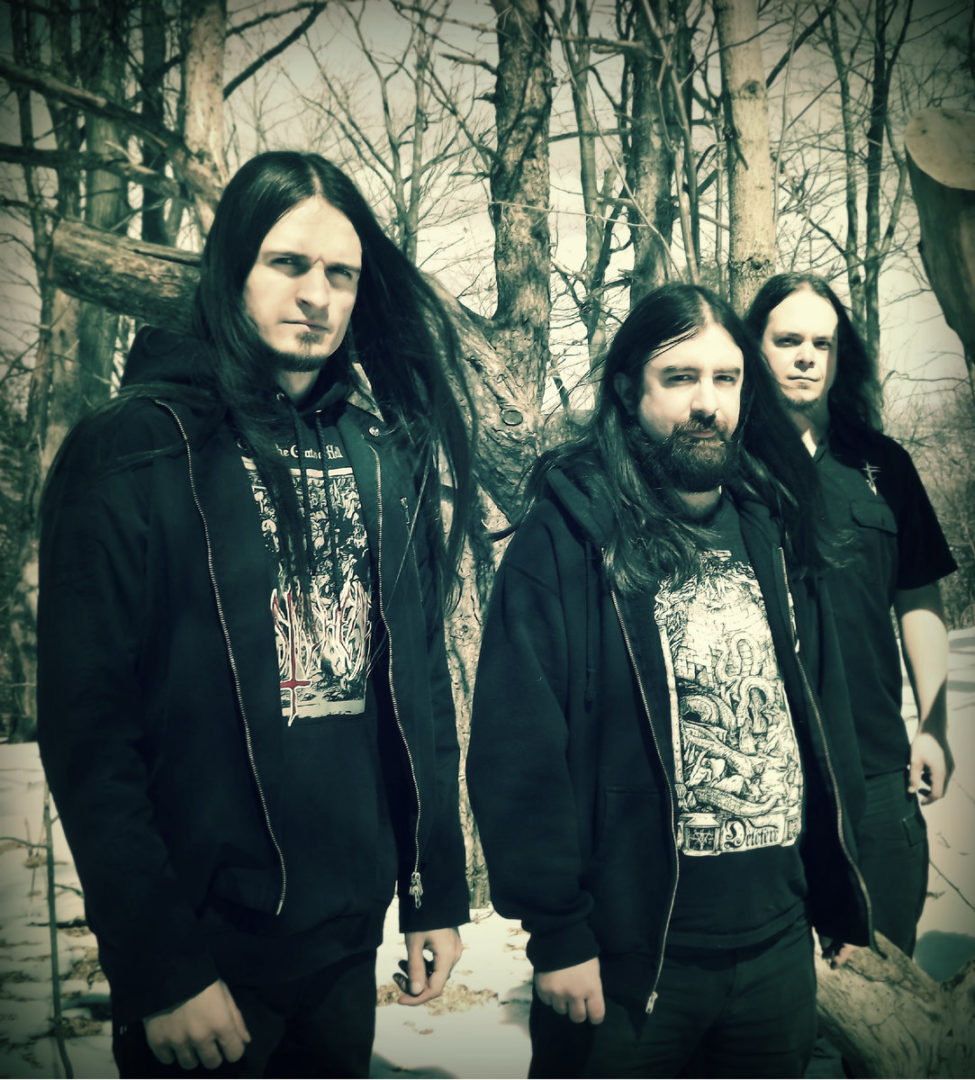 Founded by Branislav, when after exiting all bands, decided to make a step of his own into the world of the underground.

Recording of the first Demo takes place, but unfortunately never released due to the impossibility of gathering members for the band, and so everything was put on-hold. . .

Finally, the flame is lighted again. Late that year the band welcomes it`s first members and starts to work on their first studio material after almost 3 years.

The first official material sees light of day – Misanthropia EP is released through small Dutch Label Victory By Fire Records, and the band starts performing their first Rituals on European soil, spreading the plague in native Serbia, Slovenia and Czech Republic, supporting Root (CZ). After the EP got sold-out, it was re-released through Egyptian Label Set Productions with slightly different packaging & artwork.

The album immediately got tons of press & media coverage, got over 50 reviews in various Magazines/Fanzines/Webzines, including “Recommended Release of the Month” in Terrorizer Magazine (Issue #210), and won “Album of the year of 2010″ award on Serbian Metal Portal, among many other articles.

The first European Tour followed in Czech Republic, Poland and France, and shortly after Chaos, Darkness & Emptiness was released on MC Format by Danish Record Label Satanic Deathcult Productions, and was made available on Digi-CD as well including a bonus track (cover of Dark Funeral`s The Dawn No More Rises) via US Label Abyss Records.

Another European Tour followed, this time with French band Svart Crown, where the band for the first time had shows in Bosnia & Hercegovina, Romania, Bulgaria, Macedonia & Greece.

The success of this Tour was proven when the band was invited to play as direct support to Malevolent Creation (USA) in Bulgaria, and within a couple of months shared stages with Decapitated (Pol) in the capital of Serbia as well, among many other Festival & club shows done during the whole year in Serbia, Slovakia & Czech Republic.

In between, the band released two split releases, one of them being a very limited, hand-numbered MC with Malaysian Black Metal band Neftaraka released on EMR, while the other was a 5-way Split released on Digi-CD through German Label Der Neue Weg.

Studio time was booked again in Hellsound Studio (CZ) for November, and everything was recorded for what is to become BANE`s 2nd full-length album, which was announced for a 2012 release.

The band was supposed to have another mini-tour in the month of December and to wrap things up for the year by co-headlining the Triumphant Return Of Blackness Festival in Austria, but unfortunately due to Branislav`s illness, all was cancelled.

Then followed the release of BANE`s first official video clip In Endless Silence – the first single of the band`s yet unreleased 2nd full-length album entitled The Acausal Fire.

In the meantime, another split was published, this time as a 7 Vinyl through German Label Knochensack. One side contains BANE`s brand new track As Chaos Rises (including special guest vocalist Lord Beezanborgh), while the other side contains Russian Death/Black Metallers Lycanthropy.

A few Summer Festival appearances were made, one of them being Exit Festival 2012 where the band shared stages with Sodom (Ger) and Inquisition (Col).

The Acausal Fire, BANE’s 2nd full-length album was released in the month of November via US Label Abyss Records. It is available on luxurious Digi-CD packaging, and now awaits to be released on Vinyl (LP) version as well. The album itself once again took the underground scene by surprise, earned a vast number of great reviews in various zines from all over the globe, and is gaining new fans on a daily basis worldwide.

With its swirling symphonies and melodic passages meshed within an intense Blackened Death Metal sound “Esoteric Formulae” is an extension of the dark and evil ways of Black, Death and Heavy Metal through its own evolution brought mood, style and presence. Each track is fabulous and atmosphere-evoking, filling the soundscape with nocturnal melodies and evoking visions of darkness, pain and frost.