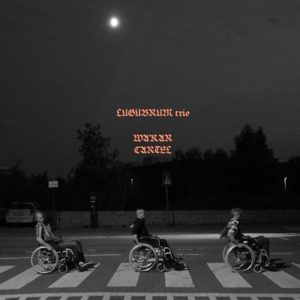 One thing is for sure, Lugubrum’s music isn’t accessible to anyone! Since the De Totem album 20 years ago, they have been experimenting with every new release, but keep in mind that they have never left the BM genre!

Wakar Cartel is the second album under the Lugubrum Trio moniker, a variation they used after the departure of Barditus, letting Midgaars the sole founding member. Throughout the years they have used a lot of times instruments such as banjo (long before Taake made it cool…) and saxophone.  In this new album, they are experimenting with trombone, double bass and strange drum rhythms. A jazz like atmosphere is present here!  If I should mention a band that has influenced Lugubrum,I would say old Fleurety and Ved Buens Ende,  but keep in mind that they have established theirown identity all these years!

Wakar Cartel is the perfect soundtrack if you are sitting in a humid bar, full of smoke and booze, surrounded by individuals lost in their own thoughts. The only disadvantage is the small duration, just above 30 minutes. Proceed at your own risk!

Review: Abigor – Hollenzwang (Chronicles Of Perdition)
Lord Ixion May 15, 2018
This Is Black Metal ©All rights reserved.