Zloslut is a Serbian band formed in 2011, and since then there have been heaps of releases: demos, splits, compilation and EP’s, and two full-length albums up until 2015. Then this one-man project went silent until 2019 when they shook the ground with Zloslut’s third full-length album “Sahar”, with one change. It was no longer a one-person band, it became a band with a full lineup. Here’s Agnarion to shed some light on this obscure project.

This Is Black Metal: Hello Agnarion, thank you for your time for this interview. To continue on the basics of the band I wrote, tell us what happened, what has changed between 2015 and 2019 so you’ve decided you need a full lineup?

Agnarion: Hi, thank you for having me. As to what exactly occurred during that time was in my opinion a natural flow of continuation. Both Yersinestis and Inomatanas were live session members initially, they joined me in mid-2014, and they both outdid themselves in what was then a one-man band with occasional live activities. So, it felt natural to ask them to join as full-time members as it was obvious that we understood each other and that together we could lift Zloslut to new heights regardless of how much time that would take. Nav came a bit later in 2015, but likewise, our goals were in conjunction. Hence in early 2016 we confirmed it officially that Zloslut is no longer a one-man band.

TIBM: Now, let’s go back in history a bit. How did this project came to life, and at what points and why did you change your nickname?

Agnarion: It was in early 2010 that I began to collect ideas that could be used in my own project, that only I could control entirely. It was obviously after several deceiving bands and projects that Zloslut came to be. Relating to my periodical change of pseudonyms, it’s quite a simple matter, as I never thought of one that I really liked and could use on a long-term basis. Still, I look at that involuntary unconventionality as my progression and evolution within the entity that is Zloslut. 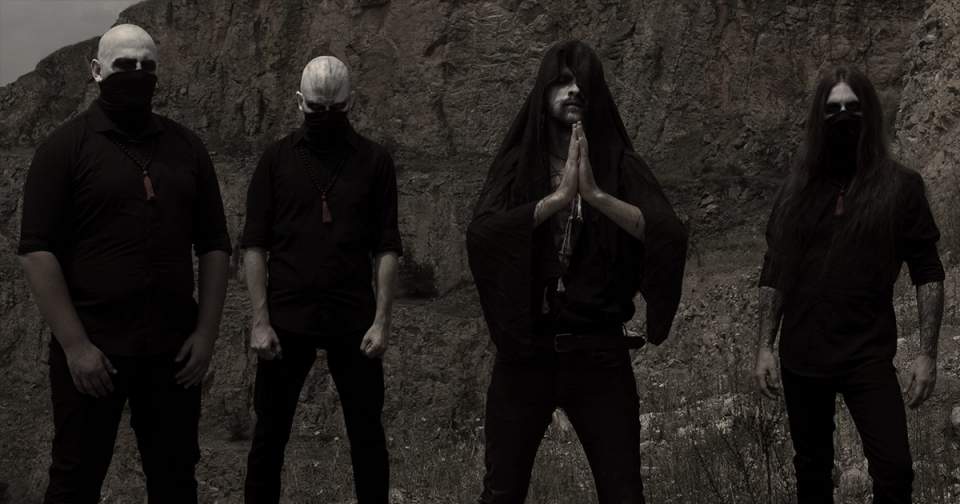 TIBM: What emotions drew you to write Black Metal music?

Agnarion: That would be the will to learn and understand things further than what society and school systems offer. Emotions, life mysteries, death, cultures old and new alike and so on… Black Metal seemed perfect to me, it was wild enough to be in alignment with my need of purging catharsis.

TIBM: Tell us a little bit about your latest album “Sahar”. It came across great reviews everywhere I looked so I assume you are happy about that. What is the message you were trying to spread with this release?

Agnarion: I perceive it is an album that tells about transcendence and evolution of the Self. The lyrics are not shrouded by a strict code of thematic, so it’s versatile but still all of them tackle the aforementioned. I would pick “Become the Beyond” as the track that best answers your question.

TIBM: Up until “Sahar” you’ve done everything by yourself as much as I know, so how was it collaborating with other artists and their visions of Black Metal? What job exactly did you do on this album?

Agnarion: It was a challenge in the early stages of the album since we all had a specific image of what it should be musically and visually, fortunately we have great communication and therefore the differences became advantages. Well, we were all assigned to multiple jobs, for my part it was mainly the lyrics and riff/melodies development… Still, as I already mentioned, we all shared the duties; hence it is hard to list them all like in an ending film credit.

TIBM: Concerning lyrics, how would you sum up the poetry in “Sahar”? What is this album all about?

Agnarion: Inomatanas and I wrote the lyrics with the rest of the band’s assistance that might have had suggestions. We wanted to explore the idea of transcendence and evolution by using the token of old civilizations and their cultures and folklore, especially Mesopotamia and antique Egypt. Though not strictly, as you can see, we have used quotes from Tolkien to Kazantzakis, hence we had sheer freedom to what could inspire us to make “Sahar”.

Zloslut – Of a Nameless Faith

TIBM: Why did you find “Zloslut” to be a good name since no-one out of Balkan region doesn’t know what it means? It must have very personal meaning to you which I would like you to share with us.

Agnarion: Translated to English “Zloslut” is “Ominous”, I believe that this word perfectly describes the emotion when someone is confronted to the unknown, to their fears… I thought it was adequate since we approach these subjects.

TIBM: What other bands from Serbia could you recommend for our readers?

Agnarion: I’d say you can’t go wrong with inevitable veterans such as The Stone, Infest or Bombarder… Though a ton of not so young acts anymore with years of delivering high quality both from the studio and on stage needs to be checked if it isn’t yet done so, such as: Svartgren, Kolac, Paimonia, Propast, Triumfall, Kozeljnik, Dažd, Bane, Mržnja, Ophidian Coil, Decrepancy…

TIBM: Your style is not typical second wave Black Metal, and “Sahar” isn’t a bit as raw as your previous releases, yet it isn’t avantgarde as well. How would you describe your sound?

Agnarion: I would say free of norms and standards. Whether you listen “Sahar” or the previous releases I did alone, you’ll notice that risks are taken all the time, and yes, I say risk, because I believe that they are necessary in order to surpass yourself… Some called it “bold moves”, some called it “irrelevant”, but at the end of the day it’s subjective and to me it doesn’t matter. Yet, “free of norms and standards” should not be confused with “unique”, I’m far from saying that we reinvented the wheel, though I believe it brings a fresh nuance in the ever-growing ocean of Black Metal.

TIBM: Back when it was a one-man band, what came first – the lyrics or the music?

Agnarion: I usually prefer to write the lyrics first then compose the music, though I always have the main melody around… Afterward I assemble the pieces and polish everything up to my taste. 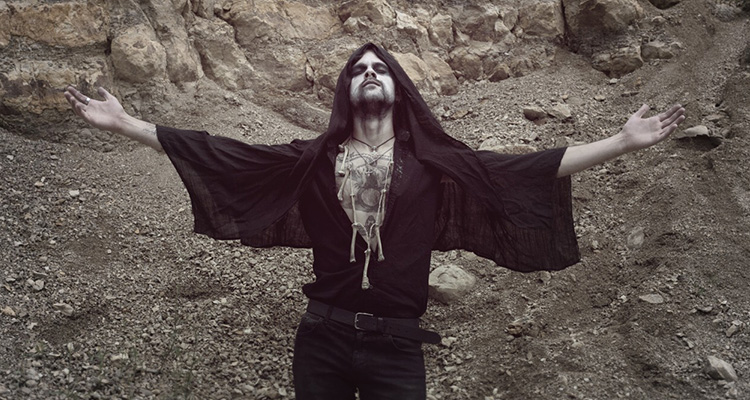 TIBM: You’re one of the rare bands that didn’t indulge in blasphemous lyrical themes, yet there’s an inverted cross on your logo for years up until “Sahar” when you’ve changed the logo. What’s your view on religion?

Agnarion: True, I suppose that was the rebellious part of Zloslut. To make a statement that it is not a conformist entity, especially for those who were seeing it outside of the Black Metal circle. What better way to achieve that than to mock something venerated by billions throughout the ages? When we began working on “Sahar” it was crystal clear that we outgrew that provoking phase, which is in my opinion an unfulfilling one. Provoke? Sure, but let’s make it smart… I love that logo, and it will always be effective with the releases it appeared on. As to religion… I’m spiritual, since I prefer to tread my own path, the fifth track “Of a Nameless Faith” from our latest album is my way of explaining that. There is no good or bad way, though I have no tolerance towards indoctrination wherever it comes from.

TIBM: What are your other favorite Black Metal bands and which of those might have had influenced you in the past 10 years?

Agnarion: I’d say that Taake, Burzum, Judas Iscariot, Peste Noire and Baptism were a huge inspiration at the beginning which obviously led me to form Zloslut.

TIBM: Last, but not least, a message from you for the readers.

Agnarion: Thanks for supporting us these past ten years! Let the flame burn!

Thanks for your time!