Wistful is a one- man Blackgaze/ambient Black Metal project based in Portugal by the creative mind of Alexandre Clément, a talented musician involved in several other musical projects  and bands (Sonneillon BM). Recently a new album was released and we talked with him about it and the concept behind the man and the project.

This Is Black Metal: Thank you for this interview, it’s a pleasure interviewing you. How did it all started for Wistful? What’s the concept behind the project?

Alexandre Clément / Wistful: The pleasure is all mine. Well, in 2010 I was going through a shitty time of life, and as most times was making music as a way to exteriorize everything. It really is simple, and it wasn’t something I prepared or anticipated, what came out was the first album. At the time I put 2 songs up on myspace (yeah, that was still a thing) – Kenosis and Anagoge – and 2 days later I received a message from Self Mutilation Services wanting to release the album. After the release life once again got in the way and I had to focus on other endeavors (music-wise and otherwise), and was only able to once again compose for Wistful in 2017. Pest Productions was the first label to show interest in releasing the album, so here we are.

Alexandre Clément / Wistful: I actually only decided on a name after the album was done. As I listened to the songs over and over, I grew convinced that they were a mix of some sort of melancholy, sadness and feeling of longing for something lost. I started digging around for words, phrases and ideas that might sum that and “wistful” struck me as the perfect choice. 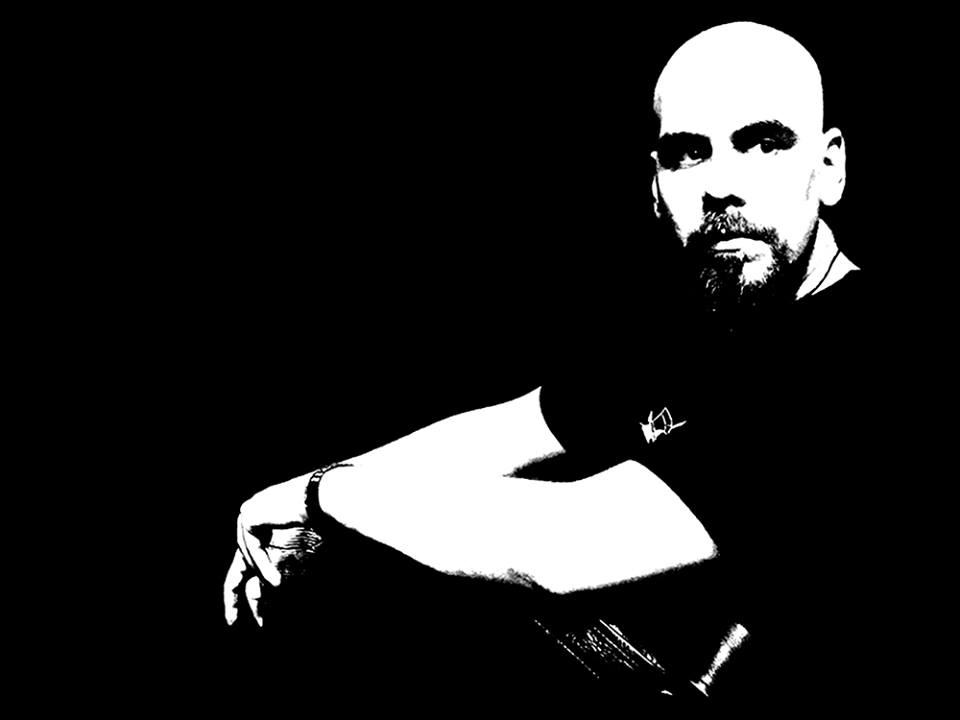 TIBM: As a one-man project would you say things are more difficult than in a regular band or do you feel you have more creative freedom?

Alexandre Clément / Wistful: That’s a difficult one to choose. It’s a dichotomy in itself, really. I’ve been involved in both bands and solo-projects for as long as I can remember making music, and can find benefits and disadvantages to both. On one hand, with a solo-project you are able to manage your own time, you don’t answer to anyone else’s schedule and don’t depend on their opinion and taste. On the other, you are restricted to your own personal view and approach, which sometimes can act as a limiting factor in terms of breaking free of your influences and subconscious formulas. That’s why I still remain in both bands with more people aside from my personal projects. There are things that are quite personal and close, which I want to keep as my own. For others I welcome and enjoy the input and creativity of others.

TIBM: Who is Alexandre Clément? What’s the story behind the man and musician?

Alexandre Clément / Wistful: There’s not much to say, I guess. At least not much that might be of interest. I’ve been around music ever since I was a kid, which ended up being a huge influence in all my life. It has been my main hobby and leisurely occupation, and it has also become my academic/professional path, considering I ended up doing a bachelor in music, masters in interactive music and am now pursuing a PhD in digital music as well. I guess it ended up taking over most of my life hahaha

TIBM: You described Wistful as a “musical diary”, can we say all the songs are about your deepest feelings and personal experiences? Does it work as a catharsis?

Alexandre Clément / Wistful: Yes, that is the best way to describe it. Some people have the urge to purge themselves through painting, others writing, whatever. My catharsis is through music, with different feelings and states of mind ending expunged through different bands and projects. 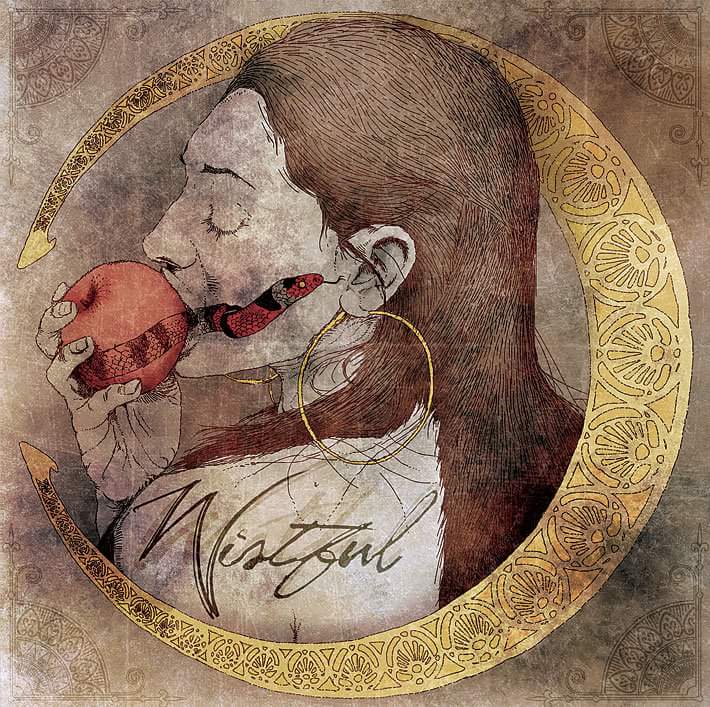 TIBM: What are the other sources for your inspiration?

Alexandre Clément / Wistful: I wouldn’t say there are any others, really. It’s above all a concoction of my own feelings, aesthetics and (of course) musical influences at the time of writing the songs.

TIBM: Your debut album, Wistful, featured you as a singer. After seven years you finally released a new album, “Metempsychosis”, on March 31st . Why did you decide to write an instrumental album this time?

Alexandre Clément / Wistful: To put it simply, as it really wasn’t a special and particular option: it was what felt right at the time. When I wrote the songs I felt they had a life of their own without vocals, and didn’t want to force it without it making sense to me.

TIBM: Is it more difficult to transport the listener to a certain mood or atmosphere without lyrics? Is it a way to let them find their own path into their feelings and experiences?

Alexandre Clément / Wistful: I think you just answered the question for me haha I tend to try and not think about what I want the listener to feel. Like I said, Wistful is mostly a personal catharsis, and as such that is the main objective with the music. With that said, of course there is a desire to move listeners in some way, or I wouldn’t be releasing the music to the public… I don’t know, I have a hard time putting myself in an unbiased external position, but I personally enjoy very much purely instrumental music, and feel that when it is well crafted can be even more powerful, by not telling you what it is supposed to be saying.

TIBM: How would you describe Metempsychosis?

Alexandre Clément / Wistful: “Metempsychosis” is the process by which the soul of a being is transmigrated onto a new body. It can be seen as the process by which reincarnation takes place. To me, personally, it conveys the idea of both transformation and, to some degree, sublimation. A passing from one state to another, with a notion of evolution of some kind. It’s a reflection of what I felt was happening to me at the time in some way. 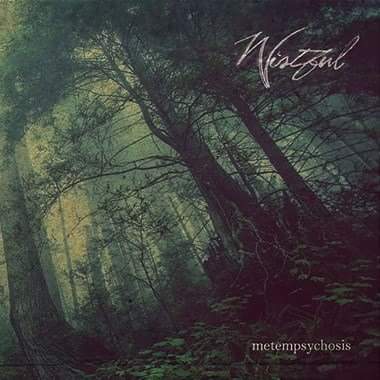 TIBM: If you had to pick a favorite song on the album, which one would you choose?

Alexandre Clément / Wistful: I could say that’s a hard question, that I like them all the same, and that they all mean the same to me. And it would be true. But “VII” is the song I find resonates with me the most, and most frequently.

TIBM: What are your expectations for the future of Wistful?

Alexandre Clément / Wistful: I create music without expectations, to be honest. It is something I both need to do and enjoy doing. If I am able to bring it to people and make something they enjoy, that is good enough for me. Gone are the days where living off of music was a dream of mine, now I just want to be able to keep making it.

TIBM: You take part in a few other musical projects, what can you tell us about them?

Alexandre Clément / Wistful: Yes, I tend to over-involve myself in bands haha Presently I’ve been playing with Sonneillon BM, a band I helped create back in 2008 and from which I was departed for some years. We’ve been pretty active both in studio and live, and that will remain my primary focus for the time being. I’ve also been working on new stuff for my other black metal solo project, Ishkur, and for my industrial project, aktivehate, but have no specific dates or details about release. 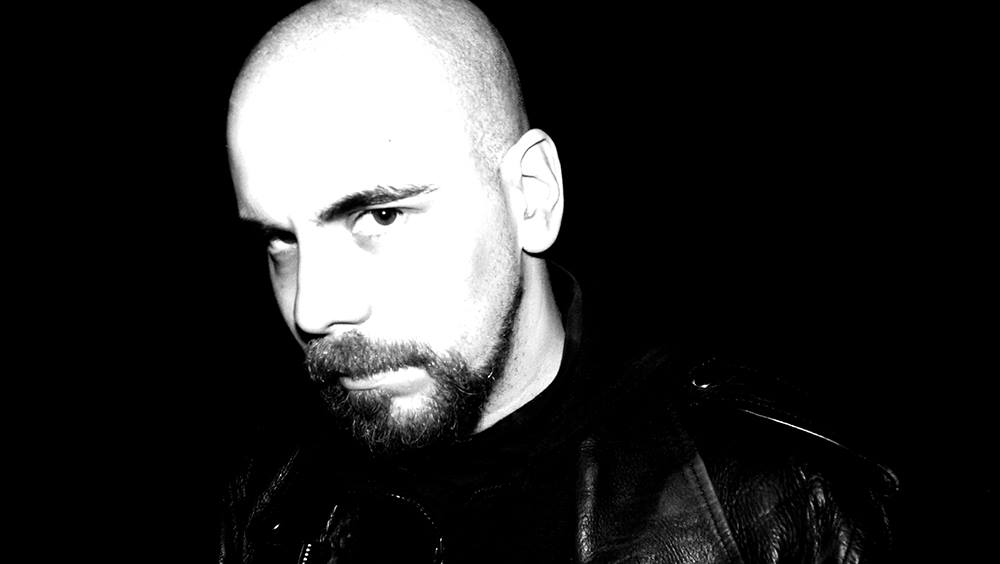 TIBM: What is your view on the Portuguese black metal scene?

Alexandre Clément / Wistful: It’s a musical scene like any other. I’ve been mostly involved in the metal scene (most specifically the bm scene) and the industrial scene, and am fortunate to have known it outside of Portugal as well. I feel it is the same everywhere, as are any “scenes” or other movements with people involved. I don’t want to sound nihilistic or misanthropic or anything at all, but truth is that anything involving the grouping of several persons will end up being a limited mix of good products, good people, and a cesspool of all the rest. I honestly don’t care much about being part of any “scene” in itself, I just gravitate towards people I feel I have something in common with, and whose company or musical creations I enjoy.

TIBM: I have no further questions, please leave a message for This Is Black Metal readers!

Alexandre Clément / Wistful: I thank you for the time spent reading this, and hope it in some way made you more curious about the music, or gave some insight (if any was needed anyway). Hope the new album is at least as enjoyable as the first one. Listen to it, enjoy, and reach out

Interview: Iskandr/Turia – O
Lord Ixion May 19, 2018
This Is Black Metal ©All rights reserved.