This Is Black Metal Webzine had a chat with Italian Black Metal band Ulfhednar about their past, present and future.

This Is Black Metal: Thank you for answering this interview! What can you tell us about the history of the band?

Ulfhednar were born in 2014, after the experience of Delirium Tremens, which were formed in 2011 by Hevn (guitar) and Vlad (drum). In 2012 Eclipsis joined the band as the main singer and the band started writing the first songs until Vlad left the band. After a short break, in 2014, Vega joined the band as bass player and, with this line-up, Delirium Tremens decided to change their name to Ulfhednar and recorded their first demo called “Delirium Tremens” (a homage to their past), with Scintilla as drum programmer. In 2015 Cerberus became part of the band as drummer and, after Vega left the project, Dmytrius took the role of bass player. Now with Hevn (Guitars), Eclipsis (Voice), Cerberus (Drum) and Dmytrius (Bass) the band finally found a stable line up.

On the 6th of July 2017 Ulfhednar gave birth to their first full lenght “Mortaliter”, presented on the same day. Mortaliter is the latin form for ‘in the mortal condition’ and this name perfectly describes our first job. We talk about life in all its facets and implicitly about life as disease. A disease that only afflicts those who live in the “mortal” condition. The texts tell life stories and personal issues of the band’s members described in a very extreme and brutal way. Their purpose is to put real and every day life into black metal. -Hevn- 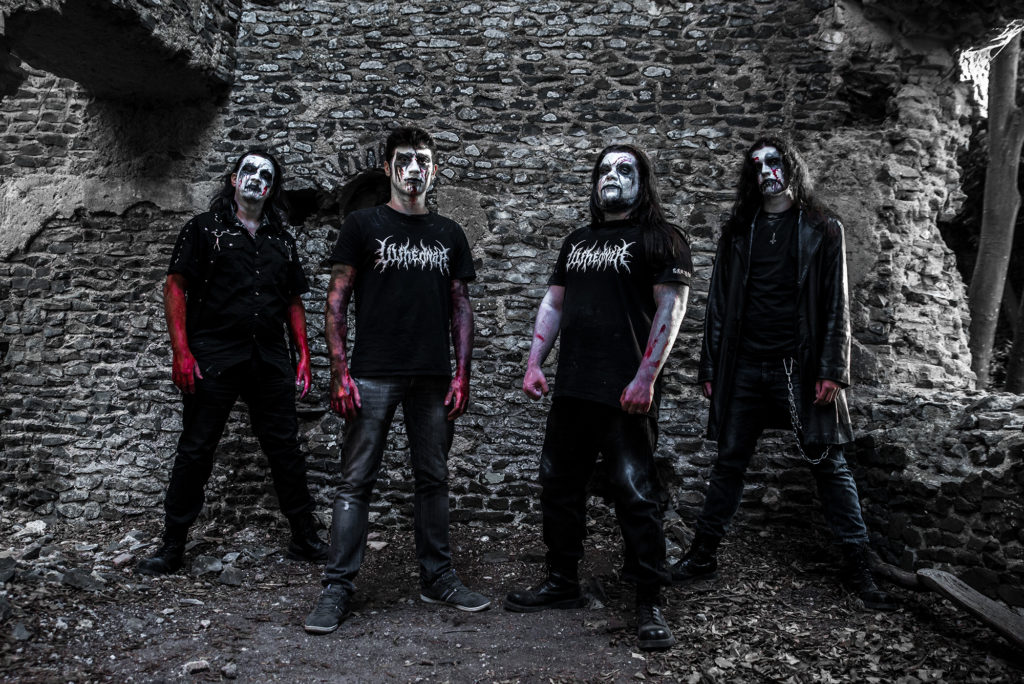 TIBM: What are the origins of the name “Ulfhednar”? What does “Ulfhednar” mean?

The origins of the name ‘Ulfhednar’ go back to the Scandinavian mythology: they were shamans and tribal leaders which, in battle, could turn themselves into wolves to attack savagely their enemies until death. -Eclipsis- 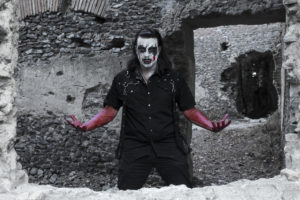 TIBM:  What are the band’s expectations?

We have no expectations. This is our music and we talk about our lives. Do you like us? It’s a pleasure and follow us. Don’t you like us? Doesn’t matter, fuck off and remember that you have to die. -Cerbervs

TIBM: What are the lyrical themes that Ulfhednar talk about?

In our lyrics we talk about personal issues and experiences. But, when we start to play, we loose our human essence and crash with our power against the only real enemy: The Life. This concept is represented by our first full lenght (Mortaliter), that tells our journey from the origins of the band (Delirium Tremens), until the present in a succession of dark stories. -Dmitryus- 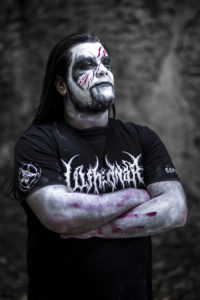 TIBM: What kind of Black metal do “Ulfhednar” play?

Ulfhednar try to separate themselves from the traditional Black Metal standards both in the sounds as well as in the lyrics. The sound is strongly influenced by Scandinavian Black Metal and by doom and classical heavy metal to create an original and distinctive sound; their lyrics are influenced by the mud and the screams of the city, in fact Ulfhednar are related with the city of Rome and with his periphery. -Eclipsis-

TIBM: What song is your favourite from your debut album?

“ALEA” (Hevn and Cerbervs) and “FREDDA PIETRA” (Dmitryus and Eclipsis).

TIBM: Can you tell us some of the writing and the recording process of this album and your influences?

We recorded our album completely independently at Civilla’s Studio. He’s an our friend and drum programmer for our first demo. The songwriting process happens spontaneously, each track is influenced by a certain event that can be a common fact, like a dream, until get to something more serious like personal tragedies or the sense of abandonment to the darkness, until to investigate the depths of the human mind. We try to avoid empty or too used speeches in the past, our purpose is to create an original style both in the music than in the texts. -Hevn- 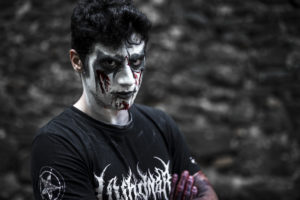 TIBM: How do you feel Black Metal has evolved since it started and what are your reference bands in the genre?

In our opinion Black Metal has evolved during the course of its history, both in the number of bands that currently play it in terms of sound and style. From the beginning in which sound power and sharp distortions were preferred, we arrived at an increasingly structured and complex genre that was able to combine and make its own elements of other genres. We have different influences ranging from classic heavy metal to doom to death. Our reference bands are the great pillars like Mayhem, Bathory, Urgehal, Emperor, Immortal and Shining. -Hevn-

TIBM: Do you have any live shows planned for the upcoming months?

We just played in Rome, we’ll play in Pescara, Prato, Bologna and Frosinone and after the summer we’ll play again in Rome and we are waiting about dates in  Europe -Eclipsis- 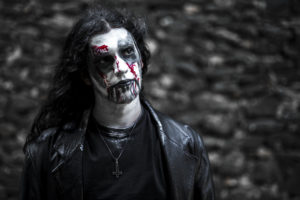 TIBM: What can you tell us about the Black Metal scene in Italy?

In our opinion we have one of the better Black Metal scenes. It’s really big and we have a lot of different kinds. If we start to talk about us we’ll never stop, so if you’d like to know more about our national scene contact us! -Cerbervs-

TIBM: Would you like to leave a message for This is Black Metal readers?

Hail blacksters, follow us and support our Mortaliter! We are Ulfhednar, this is fucking Black Metal and gloria Sathanas! -Dmitryus- 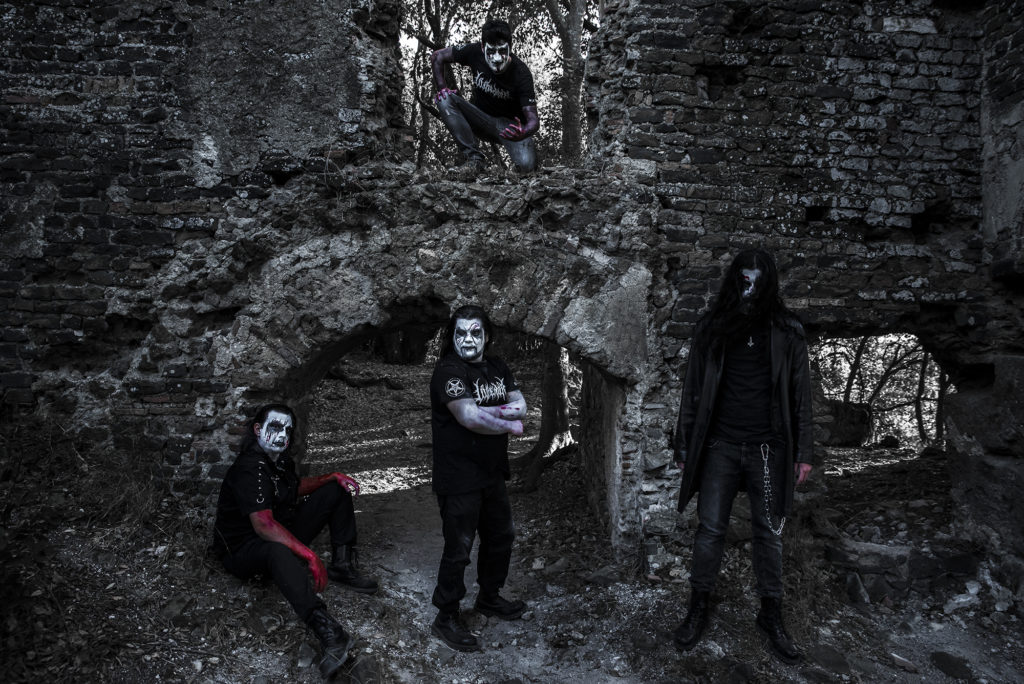