Uburen is 3 piece Black/Viking metal band from Rogaland-Norway formed in 2010. With a mutual ideology of resurfacing the Viking folklore with a serious sound and focus on the darker and melancholic parts.The music is ferocious and

harsh, but is full of underlying melodies that adds a real majestic and monumental feel. With a wide variety of vocals shrieks, growls to spoken words and clean shouting. This Is Black Metal Webzine found Ask Kjetilson, gutarist of the band and “interrogates” him about the story of Uburen, their new album “And The Mountains Weep” and their future plans.

This Is Black Metal: Hails, Thank you for taking this interview. How the things going?

Ask Kjetilson: Hi thanks for taking the time to speak with us. things are going good, we’ve finally finished the album ”And The Mountains Weep’‘ so we’re spending our time now making plans for the future, in regards to booking shows and writing new material, the song writing never stops. also we’re finally doing a project we’ve been iching to do since I built my studio ”Fuck it i’ll do it myself”. and that is re-recording the album ”Withered Roots” the production on that album was really restricted at the time by our experience and budget and it does not represent what it could have been.

TIBM: How did it all start for you and why Viking Metal?

Ask Kjetilson: It all started back in 2006 when the 4 members of Uburen played in a diffrent band due to creative diffrences and lyrical themes we did not want to stand by so we broke off and formed Uburen with the same lineup today as when it started back in 2010 exept Ravn whom left the band in prussuit of a education within guitar building. Viking Metal is one of those strange genres that is not easy to pin down. We play Black Metal with Viking themes. We get called Viking Metal alot and thats fine, for us it means Black Metal without the satan worship. we’re proud of the Norwegian culture and the old ways and we want to portray that in a diffrent light then most Viking and Folk Metal bands. while their main thing is an over romantic or jolly approach Uburen does the grim truth, filth and blood, isolation and despair. 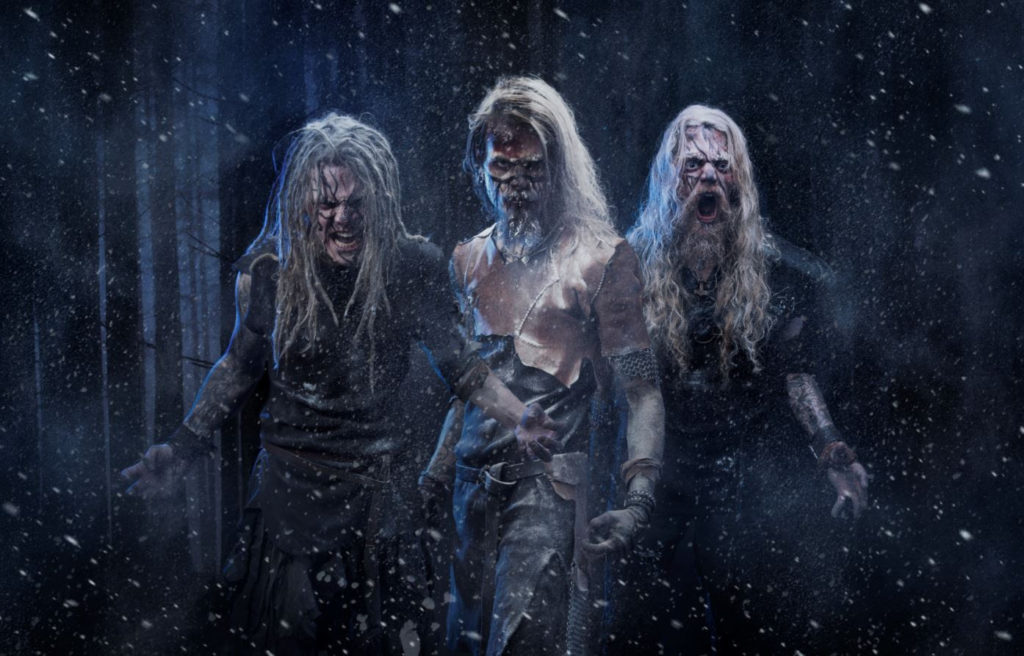 TIBM: Please tell about your musical background and what do you do besides music?

Ask Kjetilson: We don’t have much of a musical background, its been a learn while you work kind of deal in Uburen. Thord has had some profesionall training. Me and Bior are self taught from the bottom up. you can hear that in our music its not writen with a ”music system”, we play from feeling and by ear and it gives the song a unique style. We all have full time day jobs, sadly there’s not much money in music and we need the income to fund our exploits and what we enjoy most playing live.


TIBM: Composition wise, how does it work for the band, who does what?

Ask Kjetilson: On this album Bior has been doing a larger part of the lyrics and I’m a larger part of the music, althought that’s not true for all songs. Since I’ve got my own studio we rehearse and record everyting there. a new song starts with an idea of a riff or sentence,from there we work together writing(and sometimes bior shows up with a finished lyric two pages long and we cut it down/ alter it together), normaly me and bior compose the song over some drum samples then add lyrics before Thord comes and puts the finishing touch by laying down a propper drum track.

TIBM: Your new album “And The Mountains Weep” was released this April and it didn’t disappoint! How did the whole process go and what was your inspiration for this album?

Ask Kjetilson: “And The Mountains Weep” has been a long process, around 2 years. we’ve been very occupied touring and the ”Remembrance’‘ music video took a long time to prepare since we had a budget of pocket change and built everyting you see ourselfs. also this is an album i’ve gotten to grow alot as a producer, with that its been alot of re-recording to the headache of my band mates when i discover new ways (proper ways) of doing stuff. there is not been a single inspiration for the album. but one of our bigger recurring themes is taking a hard stance agains PC culture that has started to fuck with Black Metal. we’ve been getting alot of threats after we released the track ”Oskoreia” so i guess we’re making our point.


TIBM: Would you say is your best work so far and what do you think about your evolution as musicians and as a band during these years?

Ask Kjetilson: We keep evolving as a band all the time so its hard to say someting is the best work we ever done. but for me its not a song its more the fact that we as a independent Black Metal band without any lables, not doing buy on tours and without the aid from other acts in our genre  pushing us, but still we’ve made it this far. staying true to our selfs and climbing up the music scene the old and true way.

TIBM: Who created the artwork for this album?

Ask Kjetilson: On this album the artwork is done by a guy whomcalles himself I Eka Saputra. he contacted us at just the right time wanting to work with us. his artwork was very detailed and cool so we sendt him our ideas and consept and the cover we have was his first draft. we’re really pleased withe the result.

TIBM: Also you have nice merch for sale, who’s does the designs for your t-shirts?

Ask Kjetilson: We’ve always liked having merch available and since we can only afford to print small batches at a time weve ended up with alot of diffrent designs over the years. the two latest t-shirts the skull from the last mexico Tour and the ”I Stab at the heart of allah” shirts are both drawn by my fiance Claudia. the concept was dreamt up by me on the skull and Boir on the latest. come to think of it we’ve been alternating designing the merch since the very start. and for the first time its available outside our shows via our bandcamp.


TIBM: Can we expect a tour to support the new album?

Ask Kjetilson: We’re working hard putting together some shows and we’ve allready booked several, but the one aspect we’ve never really got the hang of in our careers is booking, allthough we’ve had the plesure of touring Mexico, Russia, Poland, Germany and many more countrys its all been with the help of fans and friends. So if theres some promoters reading this and your intrested in working with us send us a message on facebook or e-mail us at Uburenband@gmail.com we’re always looking for shows.

TIBM: If you could change one thing about the Black Metal scene nowadays, what would it be?

Ask Kjetilson: Well our main disagrement with the scene maybe a localised issue for Norway. ”Buy-on tours” we’ve gotten alot of offers to play with huge bands on extensive tours if we only pay for the privilege. we’ve never taken such a deal but alot of bands do, paying tousands of Euro to play music because ”the exposure” is worth it in the long run. it makes me sick, stop buying yourselfs famous!


TIBM: It was really nice talking to you, would you like to leave some words for our readers?

Ask Kjetilson: Our new album has been pirated so many fucking times allready and allthough we appriciate everyone whom wants to listen to us, stop with that fucking shit! we’ve made the album free to download of our bandcamp, get it from us if you want it. we use the data to see where we’re most played and try our best to plan tours accordingly.