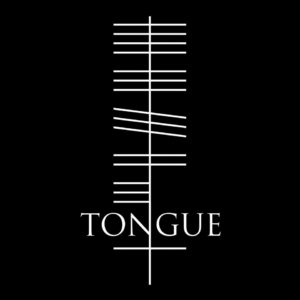 Tongue is a Black Metal band from Bielefeld of Germany. Started out as a three-peace, originally. W., B. and J. They had played together in different bands and formations in and around their hometown of Bielefeld, before they decided to start Tongue as their new main project – which it has been since 2015. Shortly after T. joined and completed the band. This Is Black Metal Webzine talked with J. about everything you want to know about this great Black Metal project. Enjoy…

This is Black Metal: Hello Jens, thanks for giving us the chance to know more things about the story behind the project of Tongue. So what’s the story?

Jens: Hey man, thanks for having us. Tongue started out as a three-peace, originally. W., B. and I had played together in different bands and formations in and around our hometown of Bielefeld, Germany, before we decided to start Tongue as our new main project – which it has been since 2015. Shortly after the first song ideas had taken form, T. joined and completed the band.

We released our debut album in late 2015 (we were all university students at the time so we were able to find the time to churn out an album in just a couple of months… Good times!) and followed up with a 12”-split with Unru in 2017. 2019 finally saw the release of our new album “What Do We Know Of Horror”.

TIBM: What are your musical and lyrical influences?

Jens: When I think about musical influences for me personally, the first bands that come to mind are Darkthrone, Tulus and Arckanum. Even if the end result doesn’t end up sounding like something off “Evil 1999”, tunes like that are what I usually have in mind when I write songs. The other members of Tongue bring some very different influences to the table, especially T. (guitars & vocals), who’s also particularly involved in our songwriting and the general feel of our music. Tongue’s sound has sometimes been described as a blend of rather traditional Second Wave Black Metal and a more modern USBM-like approach. I think we can live with that.

Lyrically, our songs deal mostly with societal or psychological topics. On “What Do We Know Of Horror” in particular, the lyrics (written by T. and me) revolve around themes like anxiety, personal failure and hypocrisy. As the album’s title suggests, we wouldn’t feel comfortable writing songs about war, death and destruction or other more traditional metal themes, because obviously – and luckily, for that matter – we get to live our lives in peace and without actually having to deal with anything worse than what we do to ourselves. Singing about this and other personal problems that arise from the way we live and work as a society feels natural to us, so in this we have found something that we can get behind with zero pretense. 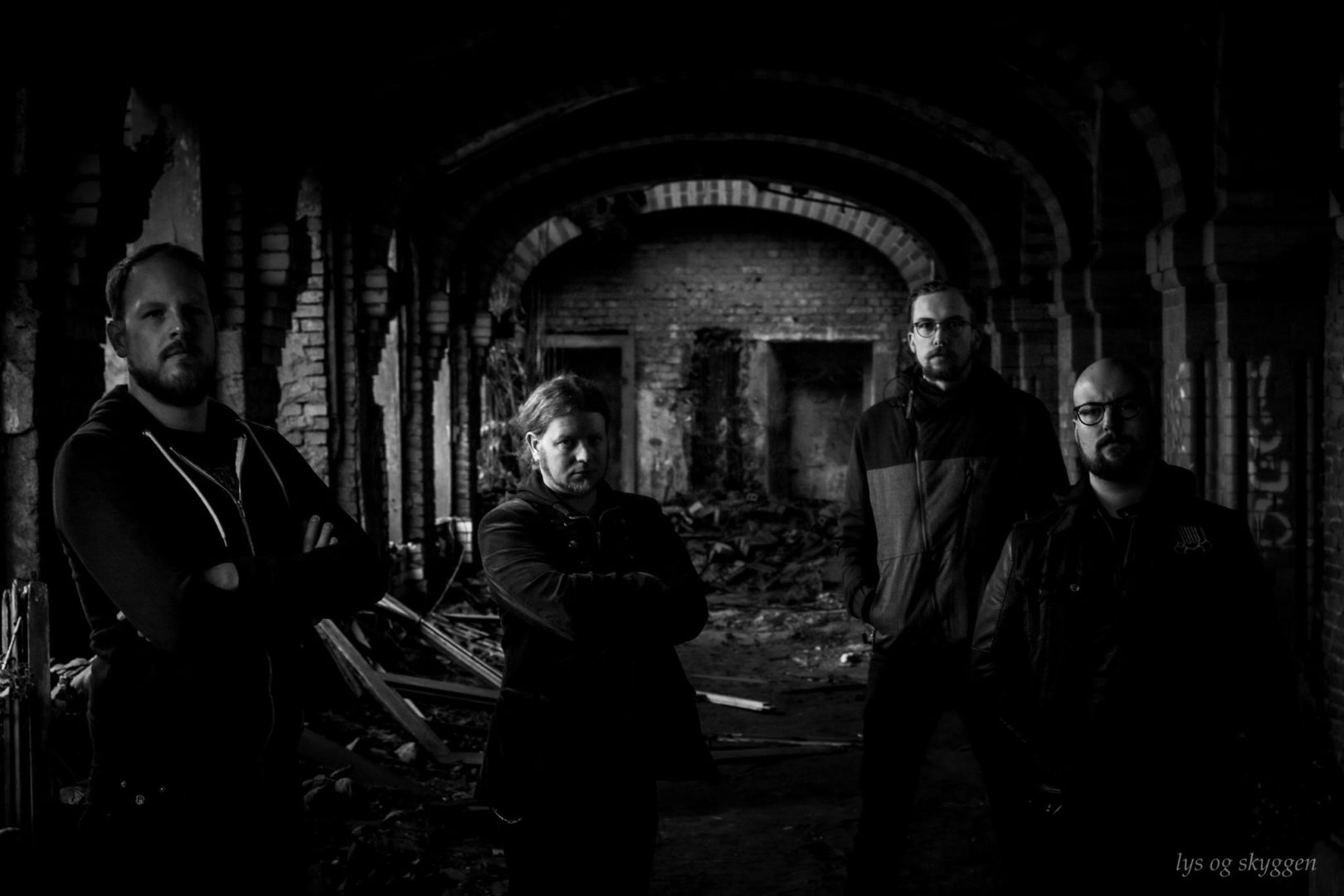 TIBM: Why you pick the name “Tongue” for your band? Who was the godfather?

Jens: That’s really a matter of aesthetics (or phonetics) rather than meaning. It’s not about the word itself, but the connotations that arise when you read it – from disgust to arousal, from anatomy to speech. Don’t think too hard about this.

TIBM: Tell us about your new full-length album “What do we know of horror”.

Jens: The album has been out for slightly more than two months now and was released via The Crawling Chaos Records. Its creation was quite demanding and took a lot longer than we thought, but in the end we’re truly content with how it turned out. There really isn’t a lot more to say about it – people should just give it a spin and see if they like it.

TIBM: What’s the difference between your first and your new full-length album?

Jens: The creation process of the two albums was very different. The creation of “What Do We Know Of Horror” was much more organic and natural than that of our debut, simply because everyone was much more involved in making the album, right from the beginning. That goes for the actual songwriting as well as all decisions about the lyrics, the artwork, and so on.

Also, whereas our debut was very much DIY, we tried to give some of the creative control over to others for our second album. I’m talking about the guys at the recordings studio, our photographer, our friend who created the cover artwork… For me as a control freak that wasn’t always easy, although of course we had full confidence in the guys we worked with. In the end it was absolutely worth it.

Finally, it might be a matter of taste, but I think that “What Do We Know Of Horror” feels more thought-out and mature than its predecessor.

TIBM: What inspired you for this album and what are the topics approached on it? Is this a concept album?

Jens: It’s not a true concept album because there is no explicit connection between the songs, but they deal with similar topics and in a similar way, so it would be wrong to say that there’s no concept at all to it. Our debut was heavily influenced by Frank Herbert’s novel “Dune” and included several allusions to it throughout the album – you won’t find such a linking motif on “What Do We Know of Horror”. Instead, the album flows a bit more naturally and also relies on the soundscapes provided by Doc (who’s involved in the German sci-fi metal outfit Vyre).

As I said, lyrically we’re dealing with psychological or societal issues, although that’s not always clear just from reading the lyrics without further context.

All taken together, the music, the lyrics, the artwork, Tongue is a way for us to channel what moves us, both in a positive and in a negative sense.

Jens: As an artist: a very unique mode of expression. As a fan: the musical love of my life.

TIBM: In a future gig you are the one who pick the bands that you’ll play with. Who will it be?

Jens: Oh man, we have met fantastic people both in more popular bands and in bands who had only just started out playing together at the time, so we’ve come to the conclusion that you can have a great time playing shows no matter who you share the stage with. If I may dream, though, let me say this: touring the world with Wolves in the Throne Room. Would that make for a good time? Yep. It is anywhere near likely? Nope. There you go. 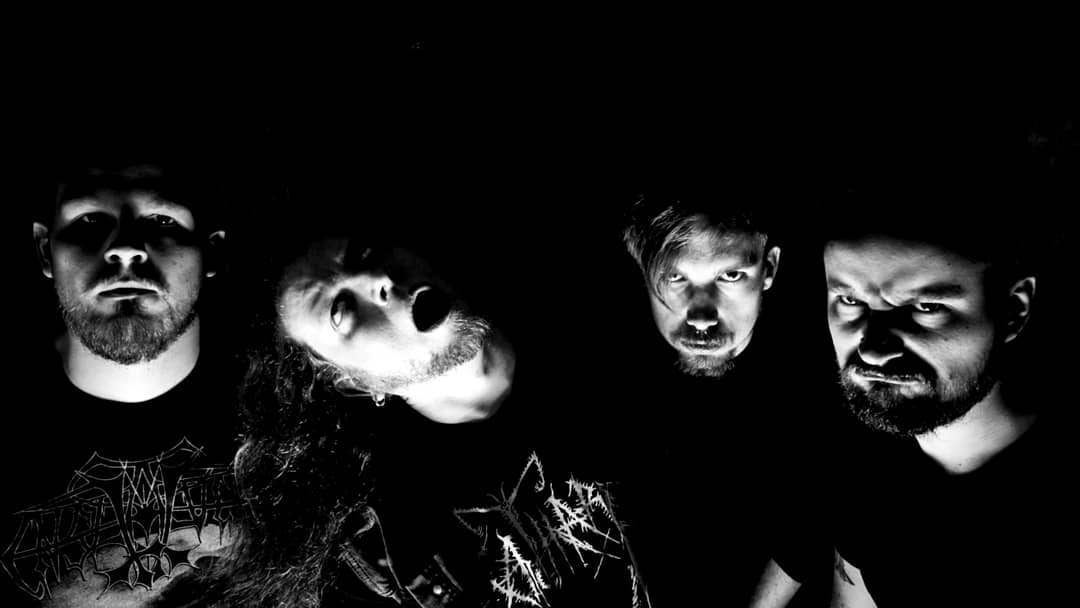 TIBM: Are you happy with the evolution of the Black Metal music today? What are the things that you like or don’t like?

Jens: To be honest, I have lately come to be a bit less involved in most recent releases, instead preferring older releases. But that’s not because I don’t enjoy current outputs – this year has seen some outstanding releases already.

About the evolution of Black Metal: I feel that there are not too many more boundaries to be pushed, honestly, and for me the wheel doesn’t have to be re-re-reinvented – I personally prefer well-done nostalgia over progressive and uber-complex outputs. Still, that certainly doesn’t mean that I’m super-traditional. The saying “make new friends but keep the old” fits it, I think. That’s surely a matter of taste, but I think you will find this take on things reflected in what we do in Tongue.

TIBM: Do you hear music that belongs outside the metal/rock genre? If yes, who are your favorite artists and how they influenced you?

Jens: All of us are very much into other types of music as well. What started out as a guilty pleasure for me, for example, but is now a fix part of my musical routine, is synth wave like Gunship or recent Carpenter Brut. I also enjoy a lot of hip-hop acts – Aesop Rock is fucking brilliant, as are Run The Jewels. Apart from that, I’ve recently gotten into some non-tacky Neo-Folk acts like Wardruna (or anything else that Einar Selvik is involved in), Heilung or Danheim.

None of those styles or artists have an influence on Tongue, though.

Everybody in Tongue is also a lot into Doom and Sludge – in fact, T. and B. are also playing in another Doom band based in our hometown: Stonewielders.

TIBM: Do you believe that bands right now, are not trying anything revolutionary, in order not to piss the fans?

Jens: Going back to what I said about the evolution of Black Metal: I don’t think I’ve heard anything truly revolutionary in Black Metal in a long time – maybe Black Metal as a genre has gone such a long way that it’s not easy or even possible to be really revolutionary, at least not without losing its essence on the way. It might happen again, I don’t know, but it’s surely been a while. I don’t even think that’s necessarily a bad thing, though.

Still: Next time boundaries are pushed in a way that people didn’t expect or haven’t heard before, it’s going to be a glorious fucking day.

Back to the original question: I don’t think not wanting to piss anyone off is the reason. I think it’s just very fucking hard to be truly revolutionary.

TIBM: You aren’t a “traditional” Black Metal band who use corpse paint and “Black Metal clothes”, are you? What are your thoughts on this?

Jens: No, we aren’t, and this is a very deliberate decision. Going back to my question about lyrical influences, we don’t feel that corpse paint or some other parts of more or less “traditional” Black Metal aesthetics are a natural fit for us. Our approach is a bit more about understatement, and about what we can do without any kind of pretense. Still, I absolutely acknowledge the appeal of corpse paint and such as a celebrationor as a type of expression. If you’re into it, go crazy for all I care – it’s just not for us. 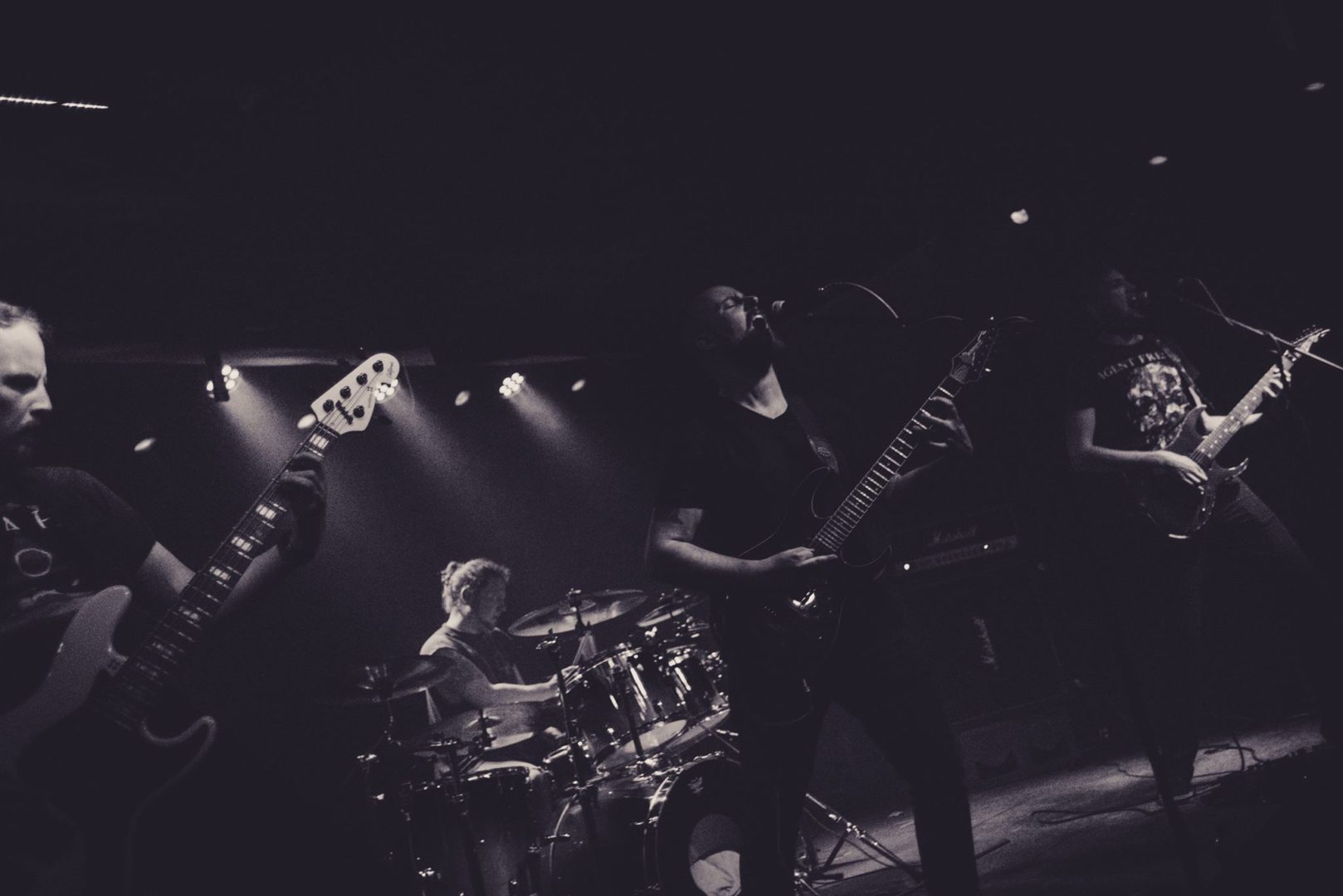 Jens: Germany has to offer a shitload of great bands. Of course, there’s a lot of copy-cat mediocrity going on as well, but to be fair that’s probably true everywhere else in the world. And speaking of shitloads: Germany has its fair share of NSBM crap, too, but you asked for artists we respect, so… Moving on.

Obligatory mentions include “bigger” players such as Secrets of the Moon, Lunar Aurora, Ruins of Beverast, Farsot, Helrunar or Nocte Obducta. We were lucky enough to share the stage with many outstanding bands we enjoy, including acts like Ultha, Imperium Dekadenz, Unru or Beltez.

And an honorable mention: I’m personally a fan of everything off the German label Zeitgeister (even though their focus has moved away from Black Metal). A lot of their stuff is super weird – but in a good way.

TIBM: Have you planned any live shows for promoting the new album? Tell us about your future plans.

Jens: There are some aspects in our personal lives at the moment that make it trickier to play a lot of live shows than we’d like. For several reasons there will be a hiatus on live gigs for a few months starting December – but after that we intend to pick up the pace again and find more time to perform live.

Apart from that, we’re considering different ideas for future releases – more info to be announced. The process of creating new songs together is really what’s driving us in Tongue, so we’re ready for our next steps. We’ll see how this turns out!

TIBM: We reach to the end of this interview. Any last words?

Jens: Listeners, bookers, promoters – feel free to hit us up anytime on our Facebook page or via info@tonguebm.de! And thanks, of course, for reading this interview.

TIBM: Thanks for your time Jens.

Jens: Thanks for having me. Peace.

Tongue – What Do We Know of Horror (Full Album)