Timor et Tremor is a Pagan Black Metal from Germany. In an interview for This Is Black Metal Webzine, they are talking about the past, the present and the future of the band.

This Is Black Metal: Thank you for this interview, it´s a pleasure talking to you. What can you tell us about the history of the band, how did it all start?

Timor et Tremor: Hi Lígia, we thank you for your interest in Timor et Tremor! Timor et Tremor began it’s journey back in 2005. We were members of a Death Metal Band and knew each other for years. Like many other bands, the mentioned band split apart and so we put the energy into the creation of Timor et Tremor. Since we already had the urge for raising the flag in the Black Metal sector, the first songs were written. After some years as a three-piece (with self-published albums) we finally were able to complete to the current line-up and did the first gigs. Of course, our style evolved since the beginning. But by natural ways without “planned intention” until today (and for sure will do so further).

TIBM: You started as a three piece band, was it hard to find a new guitarist and a bass player?

Timor et Tremor: We had the usual struggles finding the right guy for the second guitar and almost gave up. But then Martin showed up and became the fitting piece very quickly. Our bass-player Florian also is a long-time friend since the early days in metal and managed to put energy into Timor et Tremor beside his other bands. So we didn’t have a hard decision about him. 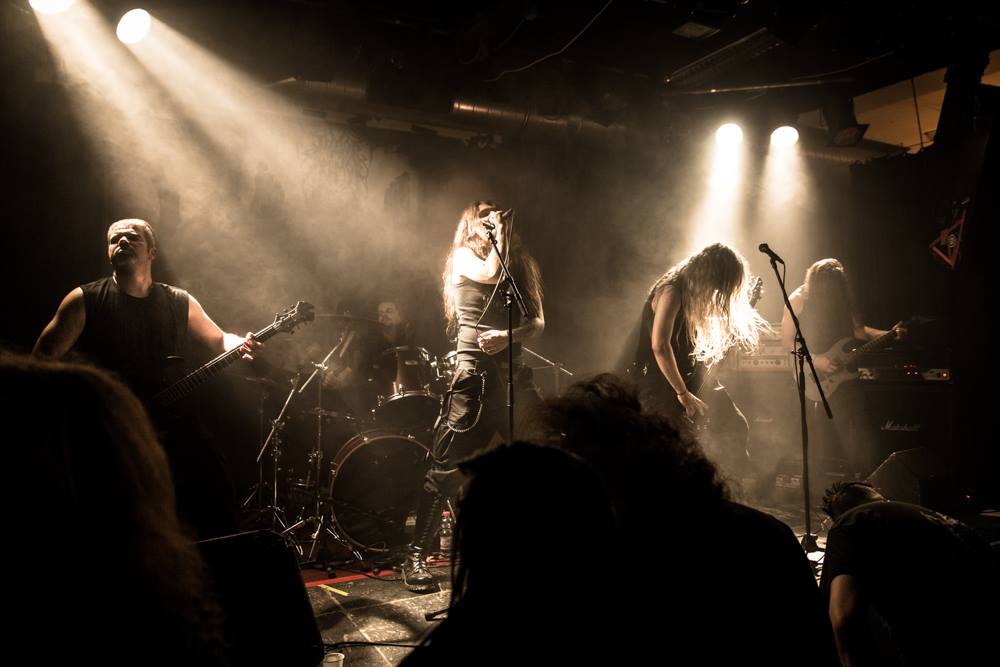 Timor et Tremor: Timor et Tremor came to mind in a more or less spontaneous manner. First of all we seeked for a name far way from cliché, something not obvious at first sight (especially concerning the pagan background in our music). It also was meant to be some kind of rough and memorable. During the years those attributes matched perfect to our music.

TIBM: You describe your sound as “Chattic Black Metal”, what’s the meaning behind that concept?

Timor et Tremor: The term “Chattic” roots in the name of an ancient tribe, living in our region of North Hessia. In the early days of Timor et Tremor, the pagan themes were more upfront. It wasn’t meant as a new style of Black Metal, more of a tribute to our home region. The pagan theme is present until now, but changed it’s face over the years to a more “philosophic” element.

TIBM: Your latest release For Cold Shades was well received by the fans and press; did it meet your expectations?

Timor et Tremor: To be honest, we didn’t have any detailed expectations about the public reactions. From writing the songs to the production we wanted the album to meet our own vision about it. Of course we are pleased about the positive reactions (especially from the listeners), since “For Cold Shades” differs in many ways to “Upon Bleak Grey Fields”.

TIBM: Would you say it’s the album that better defines the band sound?

Timor et Tremor: As mentioned before, “For Cold Shades” evolved over the years since “Upon Bleak Grey Fields”. It surely is a step closer to the ever changing vision we follow with Timor et Tremor. Both albums have a lot in common, but also differ a lot. We always want to be in progress, and every album defines a landmark of our sound.

TIBM: What is the method of composing and writing for the band?

Timor et Tremor: Every song is created together in union. That’s one of our attributes. All members are involved and often enough this can be a hard task. It doesn’t matter if new song needs days or weeks until completion, until the whole band is conform. This method for sure is time consuming, but nevertheless it would not be a Timor et Tremor song in the end.

TIBM: Have you already starting writing your next album?

Timor et Tremor: Indeed, the next album is “almost” written. Early versions of the songs are recorded, now we are deep into fine tune them. Sometimes this process takes more time than writing the rough material. We always take a close look at the details and want to meet each song our expectation of it. 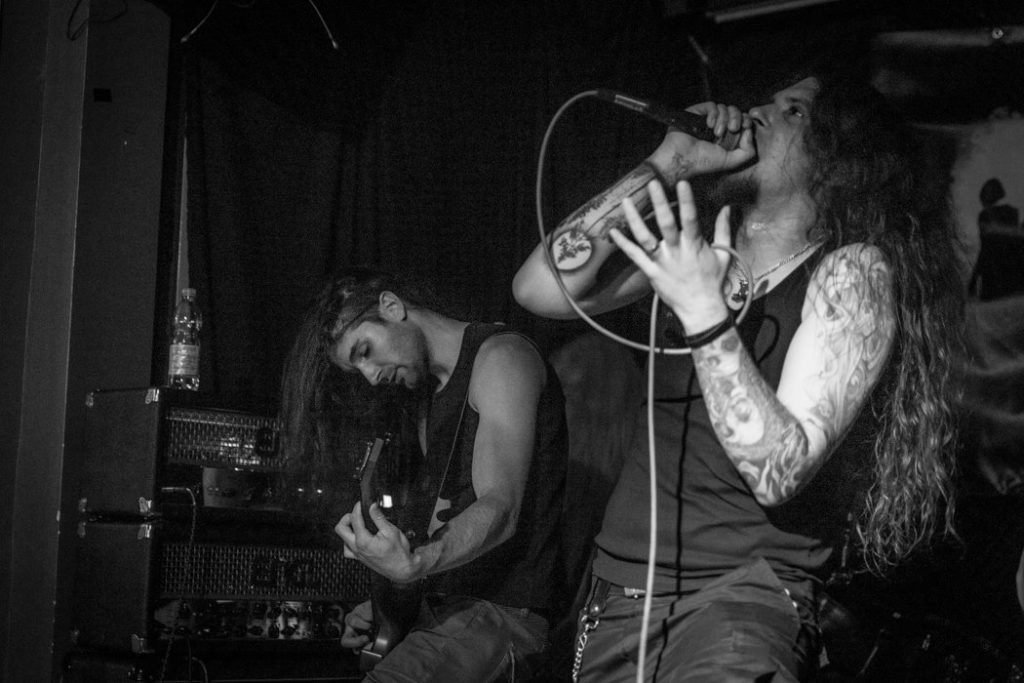 TIBM: Is it going to be in the same line as the previous? What can you tell us about it?

Timor et Tremor: Like said, the songs are still in motion. All I can tell so far: it will be a Timor et Tremor album without doubts.

TIBM: Do you already have a release date in mind?

Timor et Tremor: We hope to hit the studio in early 2019. Until then the visual part (design) is hopefully also done. Maybe we can achieve a release spring 2019. That depends on some factors not connected to the music itself. 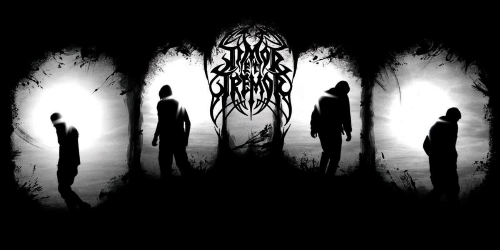 TIBM: If you could create your own festival, which bands would you pick to join you?

Timor et Tremor: That’s a hard question (every member of Timor et Tremor would name different bands). I think “Sun of the Sleepless”, “Eis”, “Primordial”, “Uada” would be great (beside a dozen others).

Timor et Tremor: We had some very successful gigs during the past weeks. Beside that there is nothing in front of us until spring 2019 (Silent Screams Festival 2019 in Cottbus / Germany). Maybe 2018 offers some more opportunities… We will see. 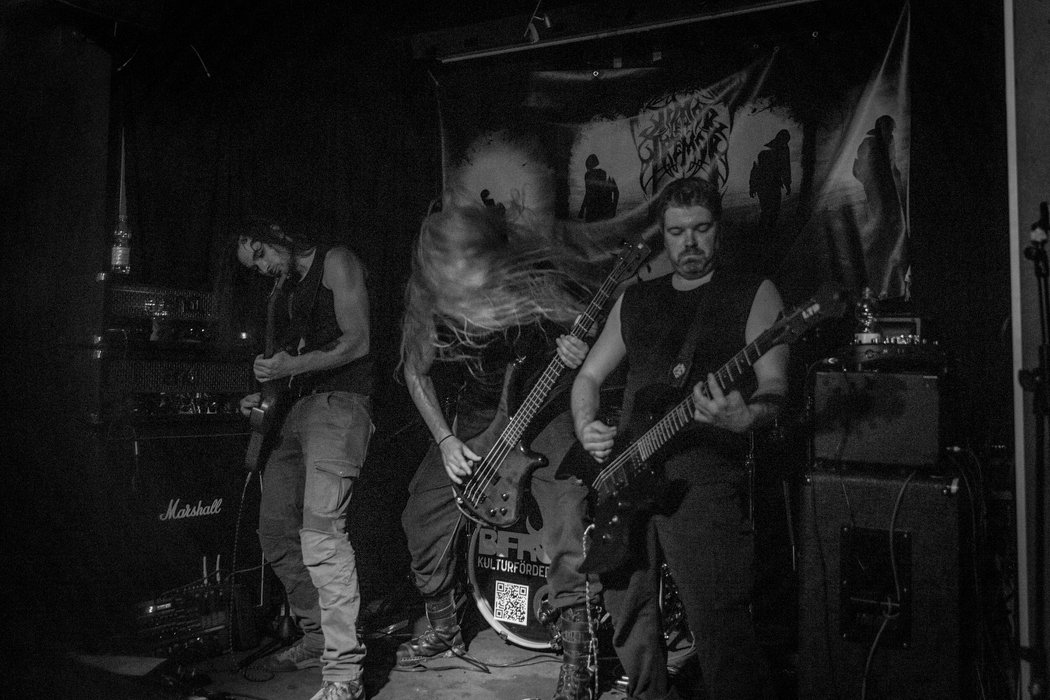 TIBM: As we reach to the end, please leave a message for our readers!

Timor et Tremor: The whole band thanks everyone who is into our music, supporting us in every imaginable way! Stay tuned for more news in the near future.