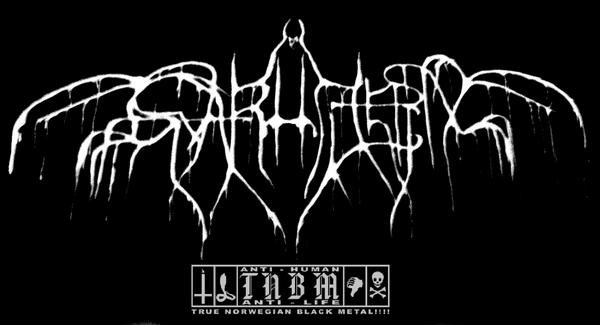 Svarttjern was formed by HansFyrste and HaaN as a two-man project in 2003. The two brothers decided to bring more musicians to the band to be able to start doing some live shows, and to bring the band to new levels. Svarttjern is often referenced as a Black Metal supergroup, they play TNBM, given the prestigious members making up this project hail from Norwegian Black Metal giants, Carpathian Forest and Ragnarok. In 2020, Svarttjern’s fifth album is out. “Shame is Just a word” is the title of the new album of 2020 and is infused with tastes of flesh, satan and misanthropy! This Is Black Metal Webzine had a chat with HansFyrste and HaaN talking about their NEW Masterpiece “Shame Is Just a Word“. Dive into Svarttjern’s dungeon of shame and embrace the madness!

Svarttjern is often referenced as a Black Metal supergroup given the prestigious members making up this project hail from Norwegian black metal giants, Carpathian Forest and Ragnarok… a question I must ask is; how did this collaboration come to be?

HaaN: First of all, thanks for the interview! Well, Svarttjern came first and is an important band for the members. We grew up more or less in the same part of Oslo and shared the same interests, both musically and on a personal level. All the other projects/ bands came as a result that Svarttjern gained experience both studio/ live and in the scene I guess. One could say Svarttjern opened a few doors.

TIBM: Given your schedules with the bands you already dedicate to, did you have to overcome logistics and scheduling challenges to make this all work and how did you manage to do this?

HaaN: Never been an issue believe it or not. Just requires planning ahead and “first come first served” type of mutual agreement within Svarttjern. The “worst” cases has been one or more members having to perform two shows in one night with different bands, and some of the members having to endure some shitty flights on their own from time to time. 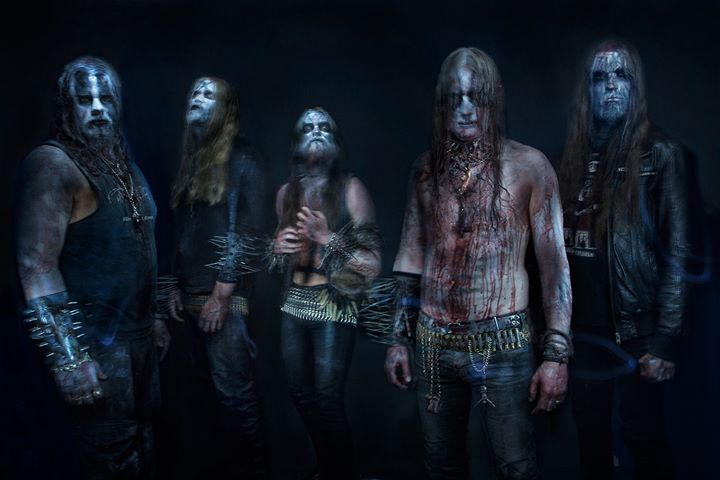 TIBM: Your latest release, Shame Is Just A Word feels as if there has been an expansion within your sound, taking on heavier Punk and Thrash element amidst your True Kvlt sound (which I properly loved by the way). Was this a deliberate move, or a natural progression for Svarttjern to create a difference within your signature sounds and slightly move away from the traditional Norwegian black metal flow?

HaaN: Hm, good question. It is not like we start out with some overall plan, especially not for sound etc. We just keep it basic, starting with tiptoeing in with some guitar riffs and take it from there. From my point of view we have always included several other sub-genres in Metal such as Thrash and Punk, but maybe took it a step further with this release.
“Shame is Just A Word” is the first album from Svarttjern in which we had total control of everything production-wise. This might have coloured the sound more than we initially thought.

TIBM: While you have kept the essence of Svarttjern’s signature sound, how have fans responded to this new album, given the introduction of these other said musical elements above?

HaaN: So far the feedback has been really good, both from the press, affiliates and most importantly the fans. There are always the fans/reviewers who solely like the debut album “Misanthropic Path of Madness” and that is fair enough.

TIBM: Your previous album, Dødsskrik was released 4 years before Shame Is Just A Word. What was Svarttjern’s priorities within this 4 year period? Where are you touring with your other bands, exploring other artistic avenues? And at what point did the idea for this album come about and recording commence?

HansFyrste: As mentioned earlier by Mr. Gamle Erik, Svarttjern is a band that we all wish to work around planning new adventures artistically. So for us spending 4 years on a new album due to artistic freedom, family or work obligations comes naturally to the band. The idea for the album came early as the title was the first thing we agreed on. And with the title came influences due to the soul meaning of the title, nasty influences. The recordings have been done in Gamle Erik and Malphas’s studios at our own time schedule, with total support from our label Soulseller Records.

HansFyrste: The whole album is infused with sexual references and is more or less about acknowledging your true nature and lusts. Our closest circle of friends will recognise plenty of details throughout the album and in many ways, there is an ironic and humoristic curtain surrounding the album. If you read the album title with sexual intent, you get the point.

TIBM: As a project, how important is Svarttjern to you both?

HansFyrste: Svarttjern has become our home base, where we get together as a band not having to follow any rules and can do whatever we feel is right at the time. So it has become very important, if not inevitable for us to be able to experiment and evolve as musicians in Svarttjern.

TIBM: I have read previously where you weren’t happy with the manipulation of direction that previous labels tried to force on this Svarttjern. You are now signed with SoulSeller Records, therefore how is the relationship between Svarttjern and this label?  Is this business arrangement much better for the band, and if so how?

HansFyrste: Yes, you are right. A few times we have stopped and asked ourselves, what’s the point, or, is it worth it? When signing with SoulSeller we were very open regarding our plans going forward and that we were not a touring band. We wished to do things at our own phase and had no ambitions of being ‘the big next thing’. Over the years we have developed a tight bond with Jorn and his team and we are really satisfied with our cooperation. Especially on this last album! 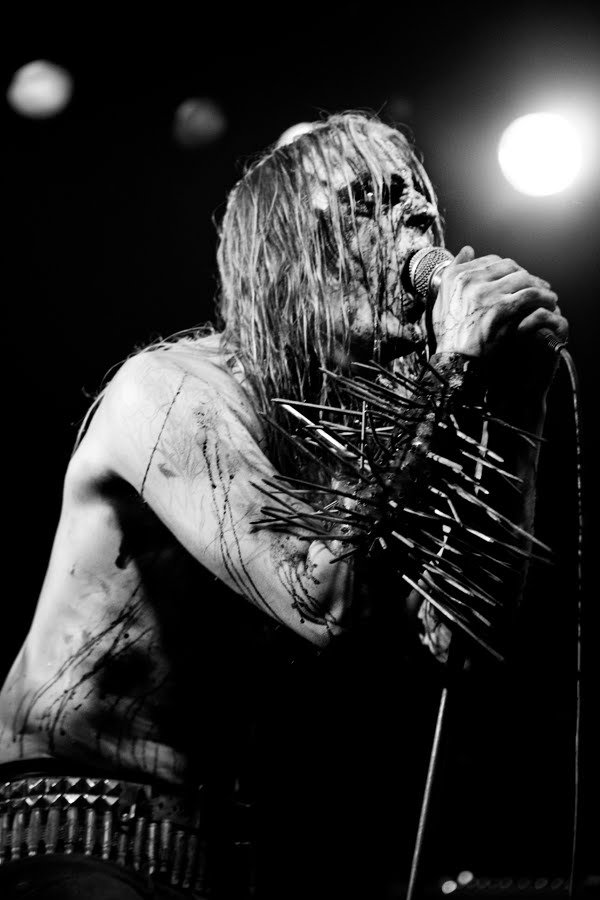 TIBM: Given you are all from what would be considered TNBM bands, and Svarttjern is labeled TNBM yet combines many metal influences, which is heard more so within this latest release. Is Black Metal in your opinion evolving into whatever it needs to be? What is the essence of Black Metal? How should it be displayed so to speak?

HansFyrste: TNBM holds a great misinterpretation, that it’s about how it sounds. But in reality it’s all about the meaning and what it represents and stands for. Musically, Svarttjern has never been further away from a ‘Black Metal’ sound, but combining all elements of the new album, in our opinion it’s blacker and more sinister than ever before. Saying fuck off, we don’t care, is definitely a huge part of it.

TIBM: As musicians, you have been in the Black Metal industry for a commendable amount of time, and during a period where particularly in the 90s this Sub-genre’s design was to fly on the outskirts of what is acceptable and often went out of its way to shock and be controversial. Moving forward to 2020, have you ever felt the pressure by the now “trending” political correctness movement to change your direction and tone things down? Both lyrically and with your imagery?

HansFyrste: No, never. And we have never been caught in the whirlwinds of the pretenders making music to satisfy the crowds. That’s probably why Svarttjern has always been kept one arm length away for many people – just because we do not satisfy what one expects a Norwegian Black Metal band to sound like. We even have lyrics taunting the fact that the ‘true scene’ probably spends more time catching up on facts in order to agree with the flock, rather than breaking the mirrored image of that is expected. Fuck the scene, we are not part of that club. 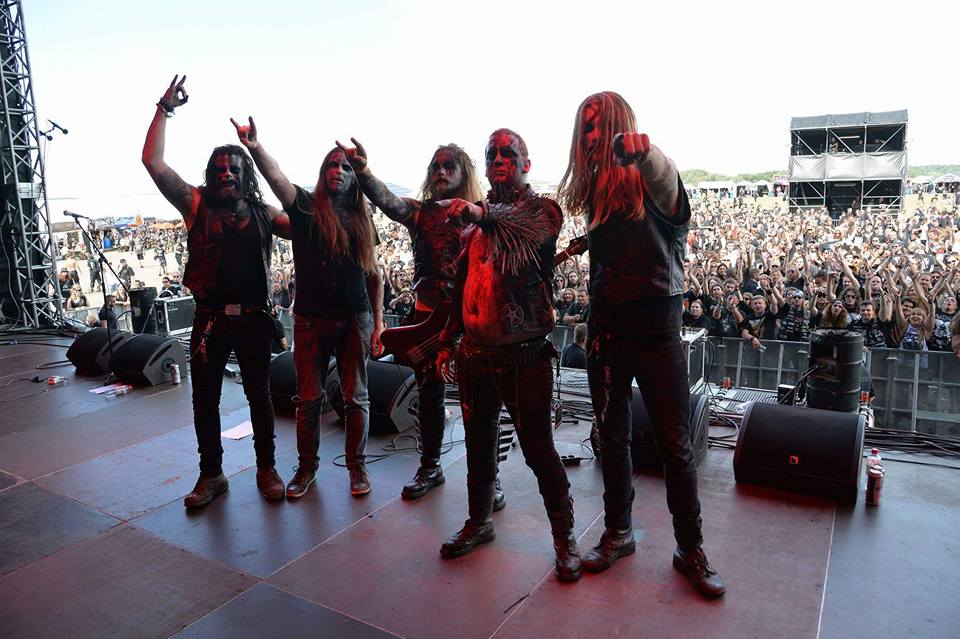 TIBM: In its entirety, do you see Black Metal losing its way and becoming “nicer” to conform to mainstream, through fear of backlash, rejection of gigs and bad publicity?

HaaN: Well, If there is one genre on earth who has its own established rules on conduct and behaviour it is Black Metal. The ideals and thematics do not apply to a conformist politically/religious correct society regardless. Sure, there are hypocrites in all genres, Black Metal is no exception, who will conform and deliberately avoid certain topics in order to obtain commercial success.  With that being said, the so-called “discussion” on poser/sell-out has been there for years, especially in the underground Black Metal scene. As for Svarttjern’s part, we have always been outsiders and misfits in the scene, which fits us perfectly.
I know there are up and coming hungry new black metal bands carving their paths.

TIBM: I’ve always said, I never trust anyone who tells me that they purely only listen to Metal ;-), therefore, what are some non-metal artists or genres that have had a positive impact on you as musicians and assisted you in the metal direction of Svarttjern and, why?

HaaN: Couldn’t agree more, and don’t we all have some skeletons in the closet when it comes to musical preferences from time to time.
Back to the question! Well, I could list hundreds of bands/artists which are not “Metal”, but create ten times darker music than most of the Metal bands out there today. Always been a fan of Sisters of mercy and Fields of the Nephilim for instance. Jokke og Valentinerne…Susanne Sundfør etc etc…
As for which if any impact they have had on Svarttjern’s music, have no idea, maybe on some vague unconscious level, probably not. 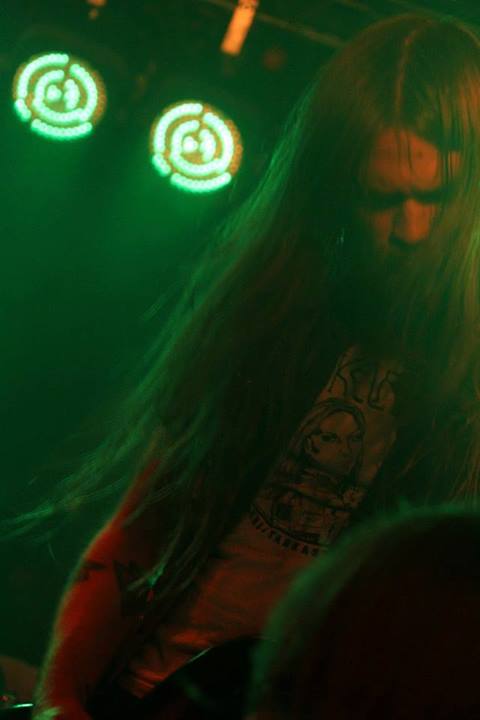 TIBM: Your albums previous to Shame Is Just A Word is often themed around rape, necrophilia, death, and decay – how do you get into the mindset to write these lyrics? Do you turn to horror movies? True Crime books? And, are these themes a shared fascination of these atrocities or you are aiming for pure shock factor?

HansFyrste: Honestly i don’t turn to anything in particular. But if you dig a little deeper you will also see that all lyrics are in some way about how nature grasps hold and grows beyond what is often a false perspective. So dig deep in the human mind.. You will find the ultimate obsessions of survival and reproduction, at any given cost. You find, when pushed to the boundaries, a hunger and lust we hide away. Because of Shame..? Describing reality through more grotesque visions has simply become very natural to me, balancing the morbid and the elegance.

TIBM: Now that your new album has smashed our faces off, what is planned for Svartjjern? Can we expect to see you plaguing the stages with this latest release on a tour? And if so, where can fans hope to see you?

HaaN: Svarttjern is, by all means, a live/performing band, so yeah, we will at least book a few selected festivals in Europe during 2020-2021.

TIBM: Shame Is Just A Word is killer good, and broke me so thank you for that and thank you both again for your time, it’s been a pleasure.