Another Black Metal triumph emanating from Canadian soil, one exposing once again the richness of Quebec’s unparalleled Black Metal scene, “A Diabolic Thirst” not only captures that pure classic melodic Black Metal essence that was eminent in the late ‘90s/very early ‘00s but also serves its purpose today as a masterwork of glorious blackened magnitude.

This Is Black Metal Webzine talks with Spectral Wound for all the things you want to know about this great Canadian Black Metal band!

This Is Black Metal: Infernal hails, Spectral Wound, and welcome to This Is Black Metal! It is with pride that I finally manage to interview one of the most interesting realities of recent years in my opinion. How are you?

Spectral Wound: You are too kind. We are … reveling in the abyss, as best one can hope for.

TIBM: Your lyrics speak, among other things, of the defeat and death of life both of the natural environment and of humanity. I deduce that the period of coronavirus has been a good source of inspiration for the writing of your latest album…

Spectral Wound: One would expect that to be the case, but I would say the pandemic has served less as inspiration than as a crucible – the pressures and derangements of this uncertain, ever-unfolding cataclysm are the conditions of possibility for what became A Diabolic Thirst. Plague is not the substance of the record, but that which has honed its themes and its execution to this final, finest point.

TIBM: A Diabolic Thirst: a title that smacks of ordinary given the genre but which I deduce conceals a profound meaning, starting from the album artwork and the ritualistic elements of which it is composed. Can you reveal it to us?

Spectral Wound: At the risk of disappointing you, no, I cannot. There is nothing to reveal, either you know this thirst or you do not.

TIBM: The first thing I noticed about A Diabolic Thirst, as soon as I listened to the single “Frigid And Spellbound”, was the remarkable similarity of the sounds with those of your previous (and in my opinion cornerstone) Infernal Decadence: it was Patrick again who had deals with the mixing, it makes me think that it happened in a very natural way and that you had in mind the sound to keep on this album as well. Confirm?

Spectral Wound: Yes, we are very lucky that we are able to record and produce our music ourselves, and so we are at the mercy of no other agents’ idea of what Spectral Wound must be. We have our ideas of course, but to a great extent the music finds its own sound.

TIBM: I’ve always wondered what the meaning behind the name Spectral Wound was: a name that smacks of sinister and worn out. So, do you want to enlighten us about the choice to have adopted this name?

Spectral Wound: It is an idea with ambivalence at its heart. Whether a real disfigurement wrought by an inhuman, intangible force or the hazy, immaterial mark of real, undeniable violence and horror, it is a wound without beginning, without end. The mutilation of the spirit.

TIBM: I noticed that in the song “Soul Destroying Black Debauchery”, taken from your last work, you found space for the French language as well as English: a choice already adopted with “La Nuit Froide De L’Oubli”, taken from Infernal Decadence. An understandable choice is given your Canadian nationality, but unusual is the choice of Swedish terms such as “smultronstållet” and “nattvardsgåsterna” respectively on “A Nobler Rot” and “Winter Light”, included in your debut album Terra Nullius. Why this particular choice?

Spectral Wound: As a band from Québec, we live our lives to varying degrees across languages, and so draw inspiration from French even if it is not all of us our mother tongue. The Swedish references on Terra Nullius, however, derive from my drawing very heavily from the works of Ingmar Bergman at that time. It is an influence that persists to some degree on Infernal Decadence, though without the linguistic trappings. I still find Bergman very fertile, aesthetically and philosophically, for exploring our human fumbling through a world of meaning unmoored, the attempt to grapple with the silence of God. It seems perhaps quaint to us now to present “the silence of God” as a problem, for we are all well done with God, and yet … the silence remains.

And it evidently remains a problem, for we see still see many turning to the soothing certainties of Satan, or Odin, Chaos or Nature to save them from confronting this silence. Perhaps that does not explain why I chose those terms, plucked from other languages? It is only this: that all language has in itself a dimension of mystery to its world-making, and these borrowed tongues are talismans, they carry with them something that cannot quite be brought into our world. You may translate as you wish, but the fullness of their meaning will not yield itself so easily.

TIBM: I consider the Canadian scene today full of interesting names with a strong atmospheric component in their sound (that of bands such as Forteresse, Csejthe and Brume D’Automne makes it their strong point), but I find that unlike them, you have a very different musical style and with different messages regarding the lyrics. What do you think about it?

Spectral Wound: It should be clarified that all those groups you mention above are not Canadian per se, but Québécois, and this is an important distinction on its own. But simply put, we are motivated by different concerns. Spectral Wound is not concerned with Québécois history or folklore or a mythic evocation of the landscape. We have no allegiance but to the riff.

TIBM: Are there particular bands you are inspired by for the composition of your songs?

Spectral Wound: Our writing is a very sporadic thing. A song may come into existence in one fell swoop, a beast all but fully formed; whereas others exist as ideas and fragments that take shape over time according to inspiration and our collective toil. “Frigid and Spellbound” is an example of the former, but much of A Diabolic Thirst is a product of the latter’s more fitful process. Influences are not always direct, and they may be as much about mood or energy or imagery as about a particular sound or approach to composition. We draw from our peers in Québec, and the Finnish influence is clearly apparent, but also perhaps less obvious in Swedish Black Metal such as early Vinterland and Sacramentum. Naturally, we are profoundly inspired by the unholy canon of Darkthrone, Emperor, Gorgoroth, but also by more classic fare like AC/DC, Judas Priest, Motorhead, Iron Maiden et cetera. 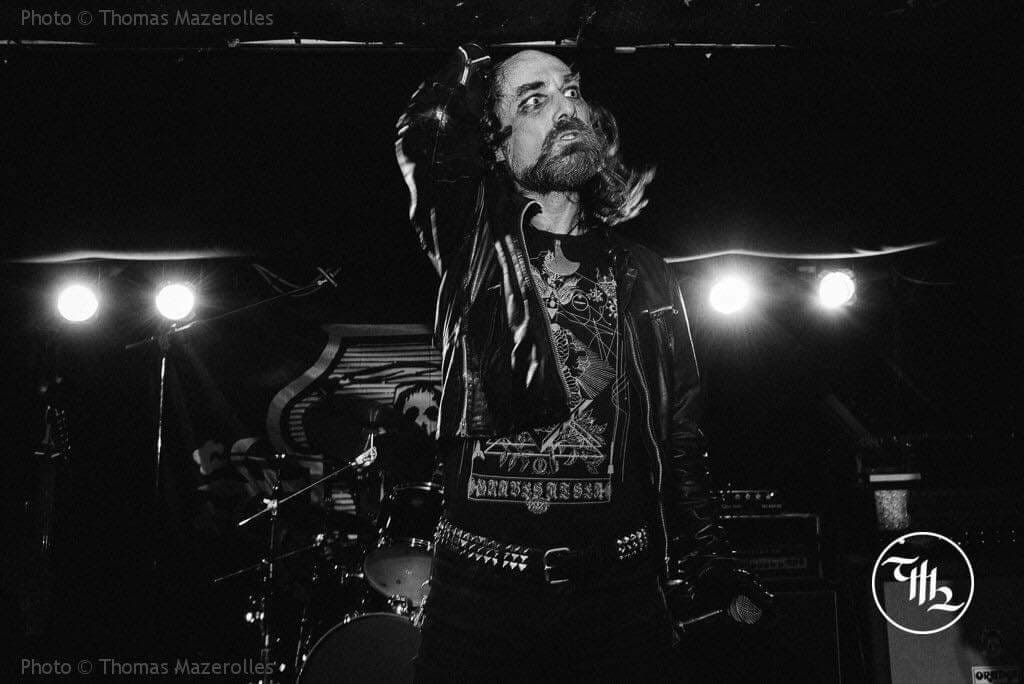 TIBM: I think you have a good live stage presence and it is a pity you have made a few concerts. Will there be a chance to see you again on stage, at better times than this?

Spectral Wound: Yes absolutely. We are currently planning another European invasion for sometime in 2022, and will doubtless perform elsewhere in the interim. Provided such a thing is possible, and we do not suffer eternally under this plague.

TIBM: Give your opinion about today’s Black Metal scene and the bands you think are most noteworthy.

Spectral Wound: I don’t think it is possible to speak about “the Black Metal scene” as such. One may perhaps speak of countries that are especially generative of a sound that we connect with. Quebec, in our view, has been exceptionally strong in recent years, and I think few could disagree that it is producing the best Black Metal in Canada, perhaps in all of North America. The Netherlands, Poland, and Finlandarealso noteworthy. Some specific bands of note might be Evilfeast, Paysaged’Hiver, Gärgäntuäh, There is a lot of garbage to go digging through to find great bands, that cannot be denied, but rest assured the cult is still very much alive.

TIBM: For your part, how do you experience the music you play on a personal level?

Spectral Wound: A poison in the blood.

TIBM: I truly hope for your new album soon, and I have no doubts that it will be a worthy continuation of A Diabolic Thirst. Conclude by exposing to our readers the plans you have for the future.

Spectral Wound: We do not make plans for the future.

TIBM: Thanks for your time, it was a pleasure!