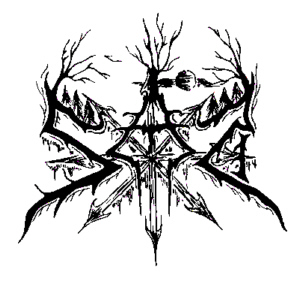 In the year 2005, in Athens, Greece, Ungod from Insidius Infernus decided that the time had come to work on something different and joined forces with Nadir!

Together they started a new project called SAD, in order to play Grim Suicidal Black Metal.

Since then they have released several albums and performed live twice in Greece.

All music and instruments of SAD are composed and performed by Ungod.

All lyrics are written and performed by Nadir.

Ungod is also the former of the bands Necrohell, Slaughtered Priest and Necrochackal…Ungod and Nadir are also members of Kvele and Ungod was a member of Nargothrond from the year 2003 till August 2012…

Insidius Infernus split up in 2004…

This Is Black Metal Webzine had the honor to speak with them about their latest offer “Misty Breath of Ancient Forests” and the story behind this project.

This Is Black Metal: Hail, Ungod and Nadir! Thank you in advance for granting me this interview as I have always been passionate about your music. How are you going through this historical period?

SAD: Talking about the current historical period, we are bound to associate it with the pandemic. Luckily enough, this situation hasn’t affected strongly our jobs, so not much trouble other than the usual in this section of our life. What really sucks, is that live gigs have been suspended. We really miss attending live gigs, both as a band and as spectators. The only positive we can find in this situation is that bands around the world found more time to compose and record music, and that applies to us too.

TIBM: The genesis of the Sad project was born in 2005 and has always remained, I guess, voluntarily in the underground. There is little information about your band, so would you like to reveal to us some details about your beginnings and how you evolved to become the Sad of today?

UNGOD: Around that time I was active with my first Black Metal band, INSIDIUS INFERNUS. Me and NADIR had been excessively hanging out during that period, and as I wanted to try a different approach to Black Metal, I asked him if he was interested to take part in it, as a vocalist and lyrics writer. The chemistry was obvious from the start.

NADIR: I grasped the chance to shift, from a long-time metal fan to a metal fan who had the opportunity to get to the creative side of metal music and specifically Black Metal which was, and still is, my favorite sub-genre. 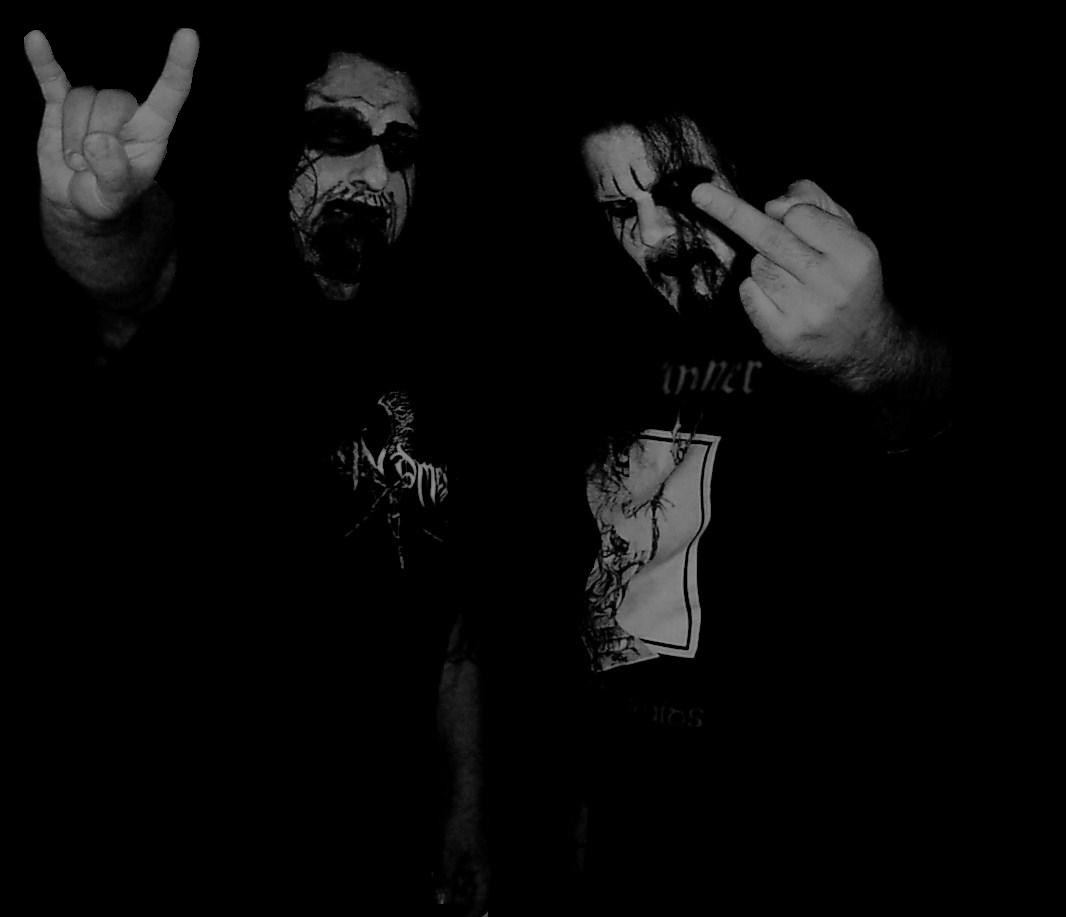 TIBM: The last album and that I had the opportunity to review, Misty Breath Of Ancient Forests, I think is perfectly successful and in line with your previous works. What are the topics treated in the album and what differences and/or similarities do you perceive compared to past ones?

Nadir: I would say that the topics that are lyrically covered, are the usual ones. Death, anti-religion, life’s struggle. But it’s not the topics that may make the difference, but the approach. When dealing with the lyrics, I try to be emotionally true to the covered topic, so if the emotion is successfully liquefied in ink and branded on the paper, I’m pleased with the outcome, and maybe the words can find their way to the listener. The two-part title track is a bit different. I think it is better described in the text that is printed on the inlay of the cd.

Ungod: The differences and similarities of our latest album, compared to the past ones, are the same as every album that we have released, compared to the previous ones. What I mean, is that every album is the physical progression from the previous works. It is the physical progression that we experience as a band and as individuals. You may find fewer similarities when you compare our first album with the latest, but they are 15 years apart. If you compare each album with its successor, you will find plenty of similarities.

TIBM: Misty Breath Of Ancient Forests was mixed and mastered by Nekys, who also took care of giving life to your splits of the last few years. How do you usually prepare for your entry into the studio and how did you prepare to record your latest effort?

Ungod: The recording process is more or less the same. We record one track each time, rarely maybe two tracks. I compose one song at a time, and I focus on this specific track, as I’m recording all the instruments myself. I prefer to complete each track separately, so I can “empty” my brain regularly and re-focus on a new track.

Nadir: We work separately. Ungod is taking care of the music, and I write the lyrics, more often in the same period, and I try to match the already written lyrics to each music track that Ungod has composed, according to the feeling I get from each specific track.

TIBM: Having listened to many of your works, I noticed that the sound for which you have opted has often been particularly taken care of, also for your splits and EPs. How much importance do you give to the production of your works and do you already have in mind the type of sounds you want to attribute to them at the time of mixing?

Ungod: Of course, production is very important. First of all, if you don’t take proper care of the production and mixing, you may ruin your music. I mean, the riffs may be indecipherable, or some instruments might be “buried”. We don’t want that. But on the other hand, we don’t like crystal-clean production. We stay faithful to the underground sound that we find most appropriate for this genre of metal. Sometimes, we try to “copy” the production sound of some specific release, but of course, this can be done only to some extent, so some final corrections and adjustments in the mixing and mastering, are forging the final sound.

TIBM: Still on the subject with your latest album: it was released by Purity Through Fire, a label that has released and is still releasing products of the highest quality, born from some of the bands that I think are among the most interesting of recent years, including to which your is no exception. I assume this is a great achievement for you. Are you satisfied with your latest album distribution by this label?

SAD: Yes, we are very satisfied. Purity Through Fire is a very active label. We think that it has the perfect balance as an underground label, meaning that, it stays true to the Black Metal spirit, releasing music that means something to the people behind the label, but also doing a very good job about the release and the distribution of music, in a very professional way.

TIBM: Surrealism is one of your themes. What exactly do you mean by this term in your texts and what meanings do you attribute to it?

Nadir: Surrealism is a way. For me, as a lyric writer, has become, more or less, the main way to express myself. I find it more challenging to convey my thoughts and feelings in a surreal way. It also helps to cloak the main idea, to clad it with strange clothes and colors, making it lurking between the apocalyptic and the indecipherable. Of course, anyone can through a bunch of nonsense, claiming to be surreal. In the end, it’s a matter of aesthetics, and in surrealism, the reader has more space to apply his own meaning.

TIBM: In your second full-length there is a track that I always liked a lot and with a particularly disturbing title: I’m talking about True Evil Lies In The Hearts Of The Children, which could be censored nowadays for its such a brazen and politically incorrect title. How do you see censorship in our musical genre today? If you want to deal with certain topics, do you deal with them by worrying about potential complaints or don’t worry?

Nadir: Surely, these lyrics are far from being surreal! They are more “in your face”, I would say. Generally, I’m against political correctness. I find this whole way of thinking hypocritical. Pampering minorities, or certain groups of people that have suffered, or are still suffering in one way or another, by gagging expression and art, or demonizing certain words and phrases, will not change a thing. It only makes you feel less guilty. If you want something to change, change your way of thinking and the way you act. As a result, I’m against censorship. Luckily, Black Metal is an underground genre, and I don’t think that we have to worry about censorship, but either way, I don’t worry about potential complaints.

TIBM: In your songs can be savored atmospheres of both blind fury and poignant melancholy. Are there particular artists you are inspired by to write your instrumental scores? In your album Abandoned And Forgotten there is a cover of Radiohead: this makes me deduce that you are all-round music listeners, even outside of Black Metal …

Ungod: Count me out of this! I listen to, and dedicate myself to metal music exclusively! I like and listen to most sub-genres of metal music and nothing else, with punk music being the only exception. About Radiohead’s song that we covered, it was Nadir’s idea, and I found this certain song an interesting one, so I agreed with the idea. For the first and last time!

Nadir: For me, things are significantly different. Although I listen, let’s say, about 70% to metal music, I dedicate a considerable amount of time to other music genres and bands. I don’t find it important, but a few nonmetal artists and genres I would name are, Radiohead, The Smashing Pumpkins, Alice In Chains, Mono (the Japanese post-rock band), post-rock in general, and last but not least, punk music.

Ungod: About the inspiration thing, I’m mainly inspired by the bands that I like the most, so I would say Finnish Black Metal (Satanic Warmaster, Sargeist, Kadotus, Baptism and many more).

Nadir: As I’m not taking part in the music composition process, I think that I can have an opinion pure as a listener. So, I would say that Ungod, although he is based on Finnish Black Metal, over the years has forged his own style, which is pretty recognizable to me.

TIBM: The splits you have made over the years have reached a significant amount to date. Based on what factors do you choose the bands with which to share these works and would you like to recommend some that you consider particularly noteworthy?

Ungod: First of all, all the bands that have shared a split release with us are noteworthy in my opinion. If I had to choose a couple of bands, strictly for the fine blending between our music, it would be, chronologically, Sapthuran, Mourning Forest and Sarkrista. To choose a band for a split release we have to respect their music, so it is not so difficult, as there are many exceptional bands out there. Sometimes we ask for a split release and other times, we are being asked.

TIBM: Our staff thanks you for your time. Conclude, if you like, by showing us the future projects you have in store for your musical creature.

Ungod: Also, when this coronashit is over, maybe some live gigs.