Minenwerfer is a Black/War Metal from Sacramento, California. Founded in 2007 to combine the atmosphere of brutal life in The Great War (1914-1918) trenches with raw old school Black Metal and a touch of nihilism for good measure. Minenwerfer does not adhere to any political ideologies. This Is Black Metal had an interesting talk with the founder Kriegshammer about the story behind this project, their lyrical concept, their latest masterpiece “Alpenpässe” and the Black Metal music in general.

This Is Black Metal: It’s great to have you for this interview, what’s the story behind Minenwerfer?

Kriegshammer: The band started in 2007 by me as a non-serious solo project exploring themes from the first world war. After a while, it grew into an actual working band that has stuck to that theme ever since.

TIBM: Minenwerfer (mine thrower) really suits the band’s lyrical concept about war, who came up with the name?

Kriegshammer: Since it started as a solo project the name and all concepts were created by me.

TIBM: Why that concept in the first place and not something else?

Kriegshammer: It was a product of it never really being explored thematically in music as it’s generally always overshadowed by WWII. War and history is my favorite subject for music. Writing goofy overdone blasphemous lyrics has never been appealing to me. I leave that to other bands. WWI just grabbed me in particular and I spent years delving into all matters of the subject. 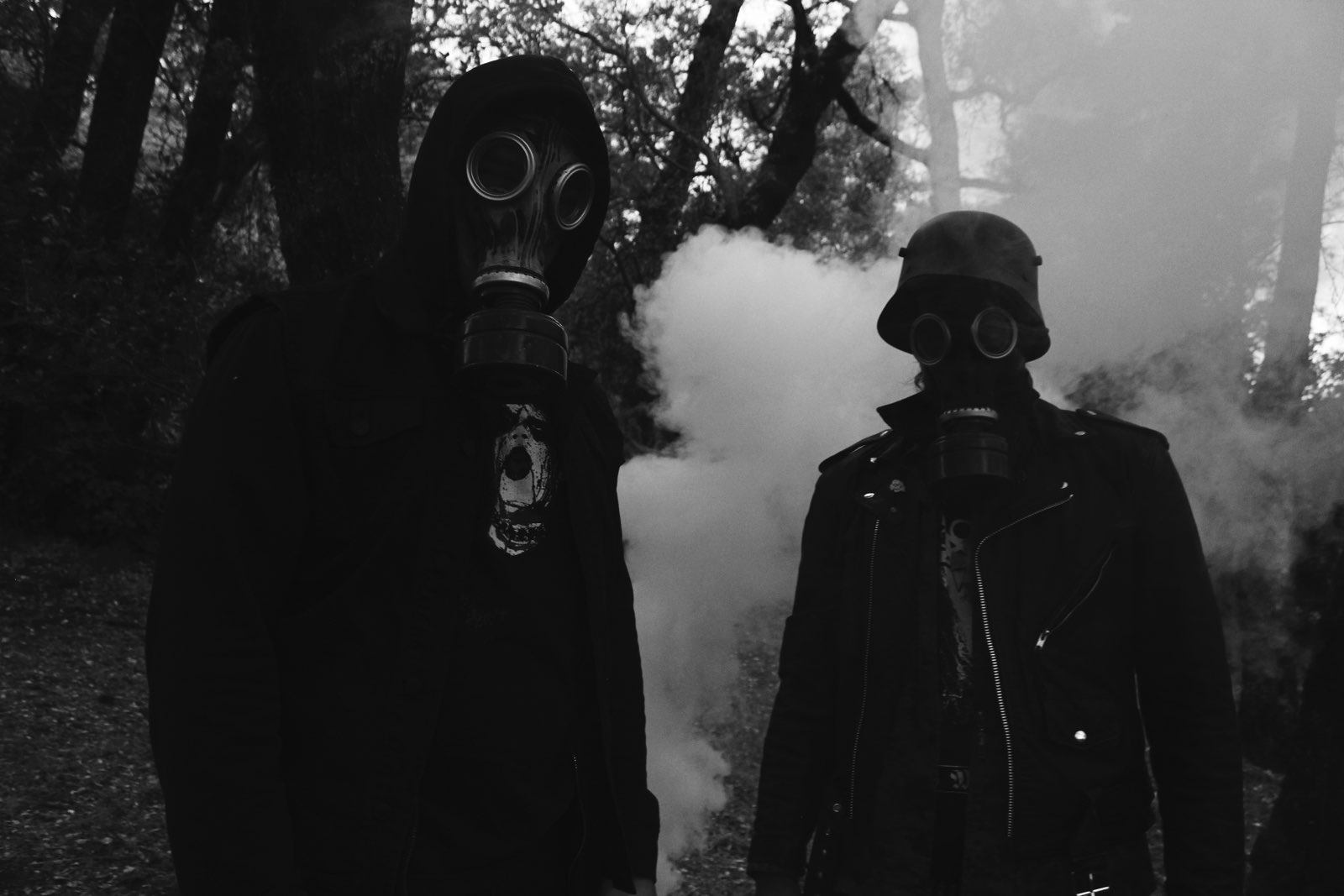 TIBM: Alpenpässe has been having good feedback. Would you expecting this when you write it?

Kriegshammer: Not really. It was pretty surprising to be honest. We figured it would be much like our past releases where very small group of dedicated fans would like it and that would have been about it

TIBM: In Alpenpässe you have more melodic parts compared to your previous works. I think this “turn” has welcomed from everybody don’t you think? Why did you choose to do that?

Kriegshammer: It wasn’t a totally conscious decision. I knew that the bleak winter during the war in the mountains seemed like a bit more of a grand or majestic topic to tackle, so naturally, the music leaned more on the melodic side. Riffs became more drawn out, so more things got layered over the top of them. We took a lot more time with the writing than usual.

TIBM: Who did the artwork for this album?

Kriegshammer: It’s just old photos taken from the time period. I did a basic layout and Purity Through Fire helped with the rest of the design aspects.

TIBM: Would you say it’s your best album so far, i must say it’s my favorite along with Volkslieder…

Kriegshammer: I feel like all 3 albums are very different. The production is drastically different on all three and  Alpenpässe my be the first recording I’ve ever done where I’m 100% happy with the sound. The first two albums are lacking in the sound department. Patrick at Earthtone Studios does a great job, and Alpenpässe wouldn’t have been what it is without him. I would say it’s overall the best writing as well, maybe along with the songs that were recorded long ago for our split with Kommandant. Those songs I’m very proud of as too. I don’t think Alpenpässe would have turned out the way it did without some of the experimentation that we did on Heimkehr. I just wish the mix would have been better on that split.

TIBM: Can we expect a tour to support the album soon?

Kriegshammer: No plans for playing live. We do not have a full time drummer, and our lives are fairly busy. Playing shows is not as fun as it used to be either. If we were offered a good deal, we’d perhaps be more concerned with tracking down a replacement drummer, but offers have not exactly been rolling in. I’ve been playing in bands for about 13 years and have never made enough money even to cover the time I had to take off work to tour.

The less we play live though, the more we can focus on writing another album.

TIBM: What do you think about the US Black Metal? Do you like its evolution nowadays or do you prefer the “old times”?

Kriegshammer: I don’t really know any new US Black Metal bands that are currently doing anything that good to be honest. Kommandant is a great band that I have a lot of respect for, and there are some others that are alright, but in general, the US has never really done Black Metal that well. I like Profanatica and GBK, so I suppose the older stuff is better. It’s not weak like any of that “Cascadian” crap, and I don’t really care for that Black Twilight stuff. When I think of the US, I generally think of Thrash or Death Metal. I’m sure there are some great US Black Metal bands out there, but nothing has really popped out at me any time recently.

TIBM: Have there ever been any circumstances where Minenwerfer has been caught up in Political Correctness causing you to change your direction slightly or held you back from playing gigs in your area?  How did you overcome these circumstances?

Kriegshammer: Not really. Around the time that all this crazy PC culture really caught on we kind of stopped playing shows anyway. We became very selective about when we would play, and then our drummer moved away. Now I’m pretty sure we would have problems if we tried to play somewhere like San Francisco again just because everyone is so overly sensitive there. I would hate to even have to go there. Drug addicts and bum piss everywhere. It’s a foul place. It’s just more reason to not bother with playing live. I would rather just write and record great albums at home at this point.

TIBM: Tell me about your writing, recording and production process for Alpenpässe? How long did it take to create and what was your creative process as a writer, musician, person, and band?

Kriegshammer: The writing process was kind of a blur. We just bring riffs into rehearsal that we’ve been working on separately and then arrange everything together and map everything out that we need for recording. Some of the riffs I had been hanging on to for a long time. About half of Der Blutharsch was written was back in 2014. The bulk of the writing and arranging took place for about 8 to 10 months over late 2017 to mid-2018. We went into record in late 2018 and finished in early 2019. So it was almost a 2-year process. We took our time with this album to make sure it was very finely tuned and perfected.

We recorded at EarthTone Studios, where we had done a few splits previously, and spent a long time making sure everything was as good as it could be. We’re very happy with the result. 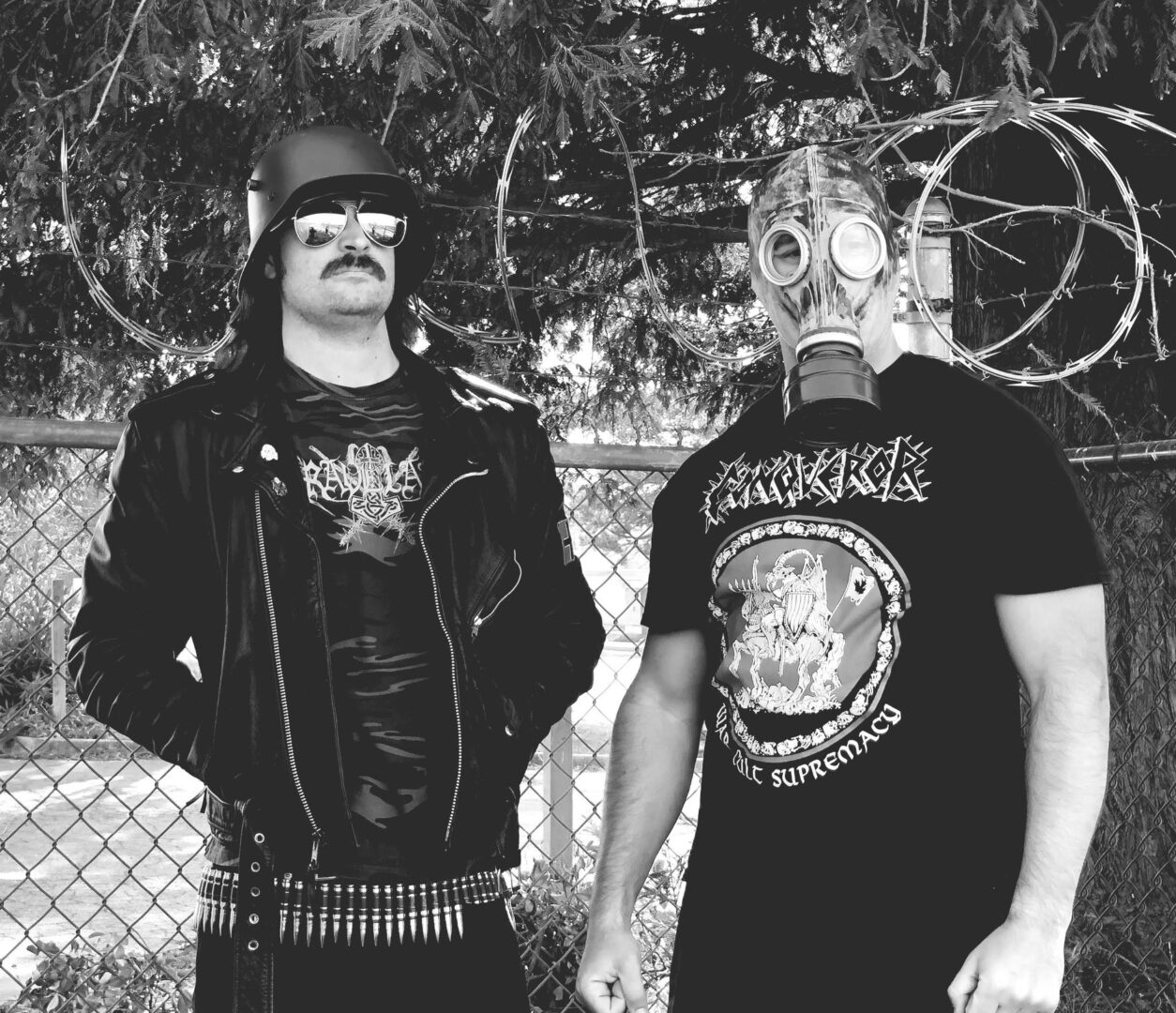 Kriegshammer: I guess that there’s so much of it out there, you’re bound to find some band doing something you like, but that is also the problem, there’s too much out there to have to wade through to find the gems. For every great band, there are 10 terrible ones. As mentioned earlier the political correctness has overrun a good deal of Black Metal too, which I’ll never understand.

TIBM: Are you listening to other kinds of music except Black Metal? Please tell us what do you do in your free time?

Kriegshammer: Neofolk, Martial Industrial, Dark ambient (or the hip new version of it, Dungeon Synth), Classical (currently a lot of baroque, usually a lot of romantic era), some older Punk, 80s goth rock. All sorts of stuff. Free time is usually spent writing music, going to the gym or reading.

Kriegshammer: I think Venom summed it up pretty well in the song. Can’t add much to that.

TIBM: We are reaching the end of this interview…any last words?

Kriegshammer: Thanks for the interest. We’ll try not to take until 2026 to release another album. No promises though.