French Black Metal has given us great bands. Among them are also Merrimack, a band that exists from 1995! This Is Black Metal Webzine talks with Perversifier, guitarist and founder of this great band for all the things you want to know about them.

This Is Black Metal: Thank you for this interview. You’ll be touring with the mighty Marduk again this year, how does it feels for you?

Perversifier: We’re looking forward to this mini-tour, not only because it is with Marduk, but because it is in Japan. It’s the first time ever we will be playing there, and we are impatient to deliver our Black Metal to the Japanese fans. It’s a new experience for us, we know things are very different there,  and we are curious to see the reaction of this crowd. Merrimack has had a quite good exposure in Japan for our latest album « Omegaphilia », since the Japanese label Chaos Reign bought the album license for this territory, and has been advertising intensively since then.

TIBM: Do you have a good relationship with Marduk members?

Perversifier: We are indeed in very good terms. We have already toured during one full month in the USA with Marduk in december 2009, and we got along very well. Mortuus did some guest vocals on our 2012 album « The Acausal Mass ».We happen to meet from time to time, when the opportunity shows up. We are glad to be touring with them again, since it’s one of the few « old » bands that has not compromised its art and that we still respect after more than 20 years. We believe that we play the same kind of devoted Black Metal. Still using corpse paint, not surfing on any new trend, just being ourselves and faithful to origins of this genre. 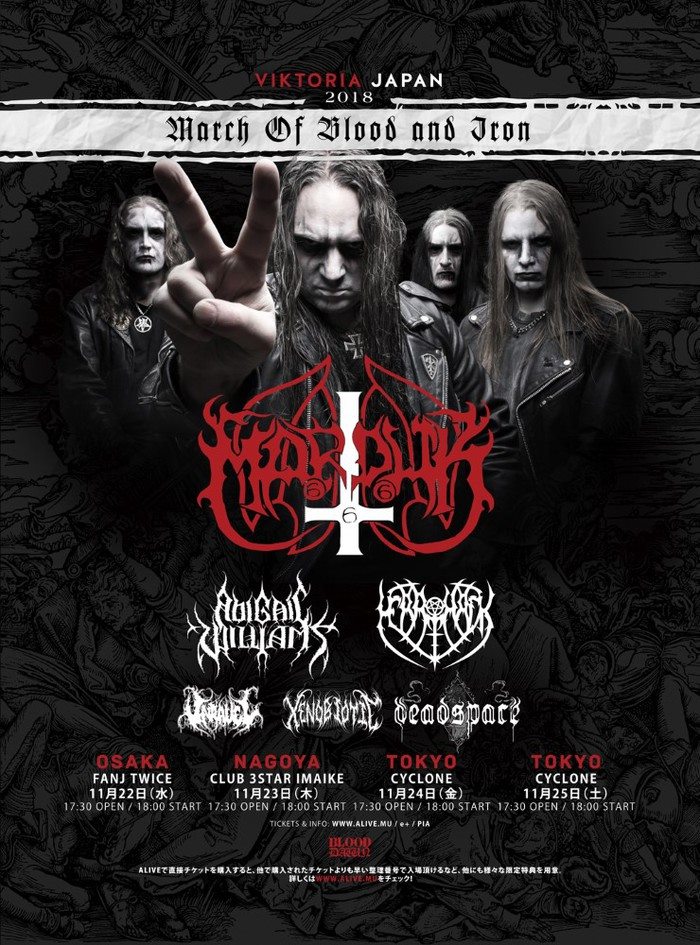 TIBM: Next year will be the 25th anniversary of Merrimack, how does it feels to still be around as one of the most emblematic and influential bands of the French Black Metal scene?

Perversifier: It’s just very natural for us to still practice our art with the same dedication as ever. It doesn’t feel anything particular. I don’t consider doing anything else, it’s part of my life, the main vector of it, it’s just like breathing air. I’m 41 years old, and I’ve spent more time of life in the band than out of it. No girlfriend, job, or other center of interest made me deviate from this path. I feel no pride for this, it just seems normal to me.

TIBM: Ashes Of Purification was reissued in may, on Season Of Mist. What feelings are brought to you today when you listen to it?

Perversifier: I still like this album very much. It has a special aura, an old-school sound and spontaneity that is proper to this second wave of Black Metal. I listen to it with a mix of nostalgia and pride. The line-up was different back then, and every line-up has its special touch. Music has this power to bring you back to the time you discovered or created it, it’s one of the most powerful vector of nostalgia, and i enjoy this feeling. I’m glad that this record has been re-issued, since it has been sold-put for a very long time, and it was the only record of the band not available anymore.

TIBM: How is your relationship with Season Of Mist?

Perversifier: It is excellent. SoM is a very professional label, and they are very easy to deal with. The fact we are from the same country helps a lot in the relationship. I also believe it’s the best label for a band such as Merrimack. They have very big names on their roster, but they still have enough passion to take care of bands that they truly like, as Merrimack. Their distribution network is impressive, and they know how to deal with their business. We a jointly decided that we will work together on the next album.

TIBM: Which Black metal album you own, has the deepest meaning to you?

Perversifier: That’s an impossible to answer question. I own thousands of BM albums, and I can’t really pick any of them as a highlight. They re any jewels hidden in the pile of shit, and they are too many to be mentioned. 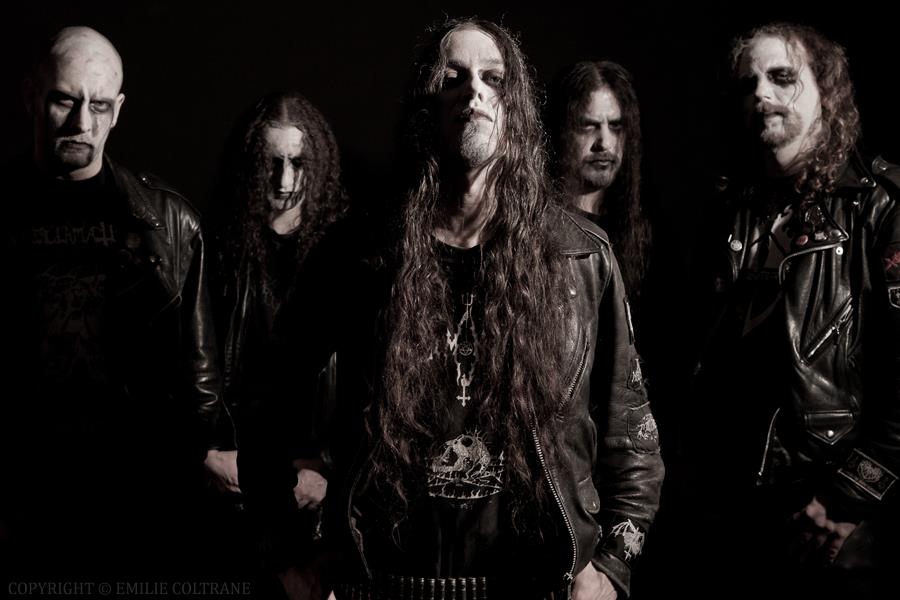 TIBM: Who is the black metal musician you admire the most?

Perversifier: There are many bands I like, but I can not say that I admire anyone in particular. Maybe I would say that i have an immense respect for Jon Nödtveidt though, who was an amazing musician, as well as a truly devoted satanist.

MERRIMACK – In The Halls of White Death

TIBM: Are you working on new material already? What does the future holds for Merrimack?

Perversifier: We have slowly started working on new songs, but it’s a slow process. As you know, Merrimack releases a new album every 3 or 4 years, so don’t expect to see anything new on our side in a near future. We focus on quality rather than on quantity.

TIBM: Is there anything else you would like to add?

Perversifier: Thanks for the interview.