Lucifer’s Child is an unholy creation of George Emmanuel (Rotting Christ, ex­-Chaostar) and Stathis Ridis (Nightfall) based in Athens, Greece and formed in 2013. This Is Black Metal Webzine talked with George Emmanuel about the story behind this project, their new album “The Order” that will be released tomorrow (November 9th, 2018) and their future plans.

This Is Black Metal: It’s really nice to have you for this interview. Since you were already in a big band, what lead you to form Lucifer’s Child?

George Emmanuel: Hello Ligia, thank you having us here. The need to create was the greatest need of all. Therefore Lucifer’s Child was born. Playing with bands that have long and constant progress like Rotting Christ is a great gift but you must respect the history and sound of the band and follow a path that’s already etched. The reason I started playing guitar was the freedom I felt to express my deepest feelings and ideas with no limits. I see Lucifer’s Child as the vessel being filled with these.

TIBM: Your second full length The Order will soon be released, what can you unveil for now?

George Emmanuel: We spent almost 3 years of assembling and sculpting ideas and sounds, creating what is about to be released via Agonia records, “The Order“. It contains 8 tracks. Each song is a piece that contributes to form the puzzle of this album inspired by different sources and aspects of life experiences. I would say musically is based on the Black Metal roots that we’ve first listened and motivated us to play this type of music. The album’s title refers to an occult synagogue; it is a metaphorical way to describe our unworldly gathering. 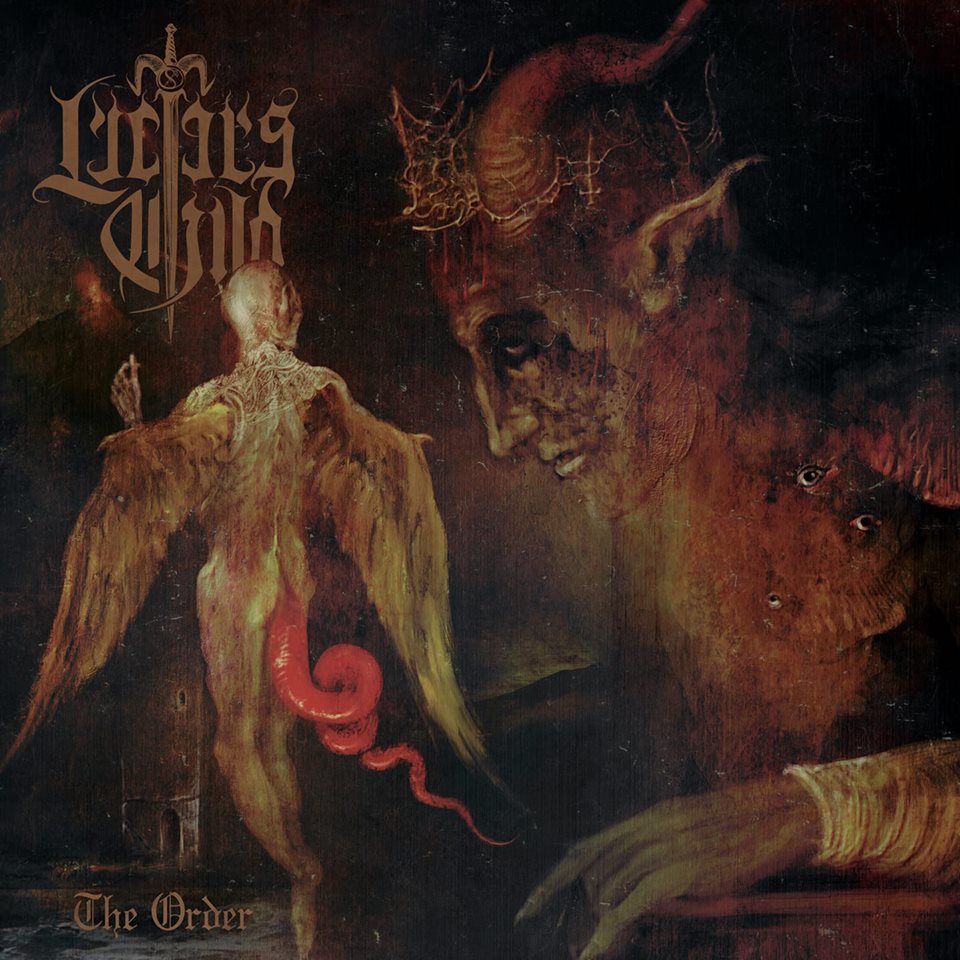 TIBM: Your lyrics are inspired by Wicca and Satanism, nowadays people believe the two of them are separated, do you believe in that?

George Emmanuel: These are two opposite sides. One follows the left hand path and the other the right hand path. Any voyage within the path of the craft is good, as any practice can lead you to the further light and knowledge that are available to you. These ideas are not an original part of magical traditions, and indeed it can be seen that various groups through time have done the very opposites and proven that life and knowledge evolves.

TIBM: Can we expect a European tour soon?

George Emmanuel: Besides recording in studio, we also need to feed our hunger for playing and being on the road. Therefore we already rehearse and make plans for touring and playing gigs around Europe during 2019.

TIBM: What is it that makes Hellenic Black Metal sound so unique?

George Emmanuel: I believe the greatest influence to create such a unique sound are the sources of inspiration. Thinking of our fundamental elements like the environment, culture and mentality, are enough to defer with the rest of the world and create the so-called Greek Black Metal sound.

TIBM: Do you think it’s still easy to bring something new to the scene?

George Emmanuel: Nowadays the variety of sounds and styles that have been played makes parthenogenesis something quite difficult. There are lots of factors that contribute to establish something new but I think through your passion and will to transform your ideas into music there are possibilities.

TIBM: With the Black Metal boom happening now, how do you think Black Metal will be ten years from now?

George Emmanuel: I think Black Metal is one of the genres that buries really strong roots and has survived through the years, either being on the hype train or totally underground. There might be add-ons and artists contributing with their own identity in the scene but the idea and music will always have a connection to these roots and make this music evolve.

TIBM:  What is the all-time most iconic Black Metal album for you?

George Emmanuel: Really hard to choose only one.. I would say Bathory – Under the Sign of the Black Mark.

TIBM: Thanks for your time George, good luck with your new album!

Tags:
Previous Article
Interview: The Order Of Apollyon
Next Article
Review: Isfet – Shards from A Formless Past

Review: Isfet – Shards from A Formless Past
Lord Ixion November 19, 2018
This Is Black Metal ©All rights reserved.