Scandinavian Black Metal has given us great and successful bands. Iskald is one of them, hailing from Bodø in the northern part of Norway. Founding members Simon Larsen and Aage Krekling started up Iskald in early 2005. This Is Black Metal Webzine talks with Aage Krekling about Norwegian Black Metal, their latest offer “Innhøstinga” and their future plans.

TIBM: Thank you for this interview, how’s things in Norway?

Aage Krekling: Things in northern Norway are pretty good right now. Snow have covered the landscape, the air is fresh and cold, and here are only 6-7 hours of daylight during the day. Hehe, perfect Black Metal conditions you could say. But I’ve really learned to enjoy this time of the year. 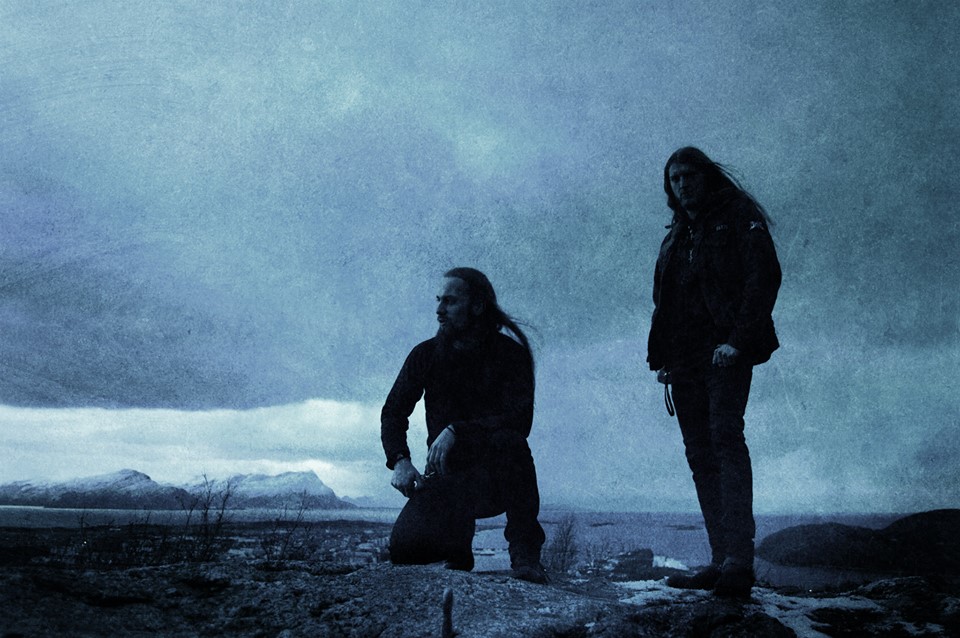 TIBM: What do you think is the main ingredient to make Norwegian Black metal sound so distinct?

Aage Krekling: I think it has something to do with what I just described. Our country is filled with diverse seasons, landscapes and impressions all over. Most of us are living good lives, yet many decides to write and do Black Metal, which in a way celebrates the opposite. At least for us the nature and surroundings are a big part of it. And I guess our main inspirations felt the same way.

TIBM: You said your album Nedom Og Nord was your best to date, now you have a new album Innhøstinga… do you believe this album is the best so far?

Aage Krekling: I know that “Innhøstinga” is our best work to date. It might be easy to point to the latest release during a career and say these things, but knowing how much work and effort we put down in this record, I would lie to not say that. It’s also the most important album for me as I wrote all the lyrics and have a very special bound to them, and the time they were created in. It’s been some rough years since “Nedom og Nord” in mine and our private lives. Haunted by death and bad experiences I feel that my writing became kind of a way of getting through it all. Music wise it might be even more complex than before, but you know..we grow as musicians and want to challenge ourselves, without loosing the part where we write the music we love the most.

TIBM: It’s been 4 years since your previous Nedom Og Nord. How has the band developed during this time?

Aage Krekling: After the last album we did a European tour and some single gigs, but first and foremost life happened. We needed time to come back and end up with “Innhøstinga”. But as I said, I think we all grew as persons during this time so it was important in that way. The whole musical aspect to it was much like before, the way we worked and recorded things. 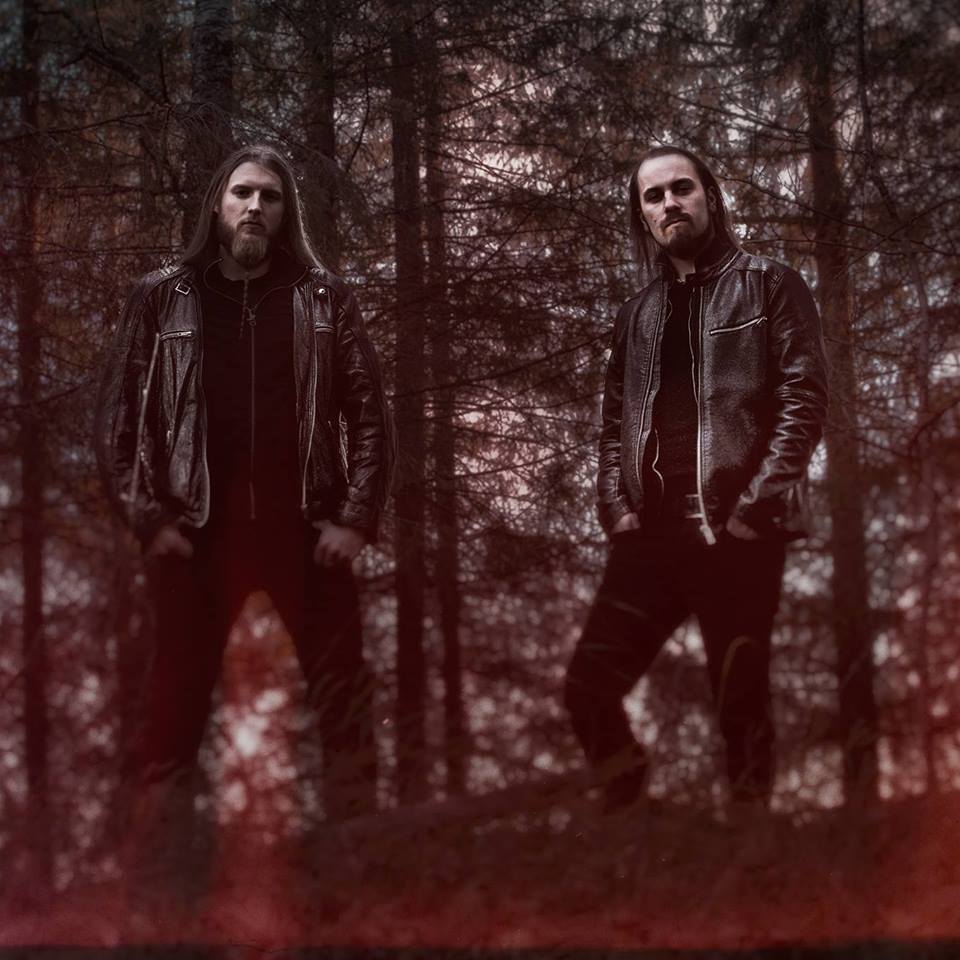 Aage Krekling: The main inspiration for me with the lyrics comes from personal and real life experiences. These can also be tragedies and other related fates found in the old Norse sagas, which I’m quite fascinated by. Even though most of it is based in a fantasy world, it still makes it a perfect link to tell a real life story. I wouldn’t be without the imagination though. People are free to make up their own mind and let our music transcend them there. I won’t put out a musical inspiration as there are to many and quite hard to pinpoint who led Iskald into sounding as we do. It’s complex!

TIBM: What themes and concepts are the lyrical pillars in Innhøstinga?

Aage Krekling: In short “Innhøstinga” is a reflection of the darker and sometimes unforeseen things that life will bring down on thee. I have written lyrics about this underlying feeling that something’s not right, what can reach the struggle within, and about what can keep these demons away. Sometimes I spin these tales into my fascination for Norse Mythology as mentioned earlier, and in that way continues that tread I’ve always spun with Iskald. “Lysene som Forsvant” is a very personal text. I wanted to pay tribute to my friends who sadly died way too early due to suicide. Therefore it is the most important song for me on “Innhøstinga” I’m proud to have shown them respect in this way, and even though it’s sad, it turned out beautifully.

TIBM: You had to cancel a show in France for the second time, what were the reasons behind it and can your fans expect you to reschedule it soon?

Aage Krekling: The show in St-Etienne was cancelled because the promoter fucked it up. He took all the presale money and simply went away, no way to be reached. Therefore we  couldn’t find a reschedule in time, sadly. We had to finish the tour with a day off and we won’t be able to go back this year.

TIBM: If Euronymous didn’t die in that fatidic day, do you think Black Metal would be very different nowadays?

Aage Krekling: For me that story have become somewhat of a drop in the water compared to how far we have come today. Also I was too young and not really into BM when this happened. There will always be tragic incidents like this in every scene, but it’s been a long time since this really characterized the Norwegian Black Metal scene. All respect to Mayhem though.

TIBM: What do you think will be the future of the scene? What is it left to be done yet?

Aage Krekling: The biggest changes will come from the industry itself I believe. We started out in a world without streaming, and vinyls were collecting dust. It was a different time still back in 2005. So you have to be willing to adapt and grow together as a unity. With the rise of internet came the accessibility and thousands of band and fans. Black metal might have lost a bit of that reputation it once had in Norway, but I really don’t care. Instead the scene is full of talented musicians putting out amazing records and I think that’s how the future will be in years to come. But there might be a struggle to play live with the rise and overflow of all these band. But some come and some go, you just have to be on top of your game if you want to succeed. 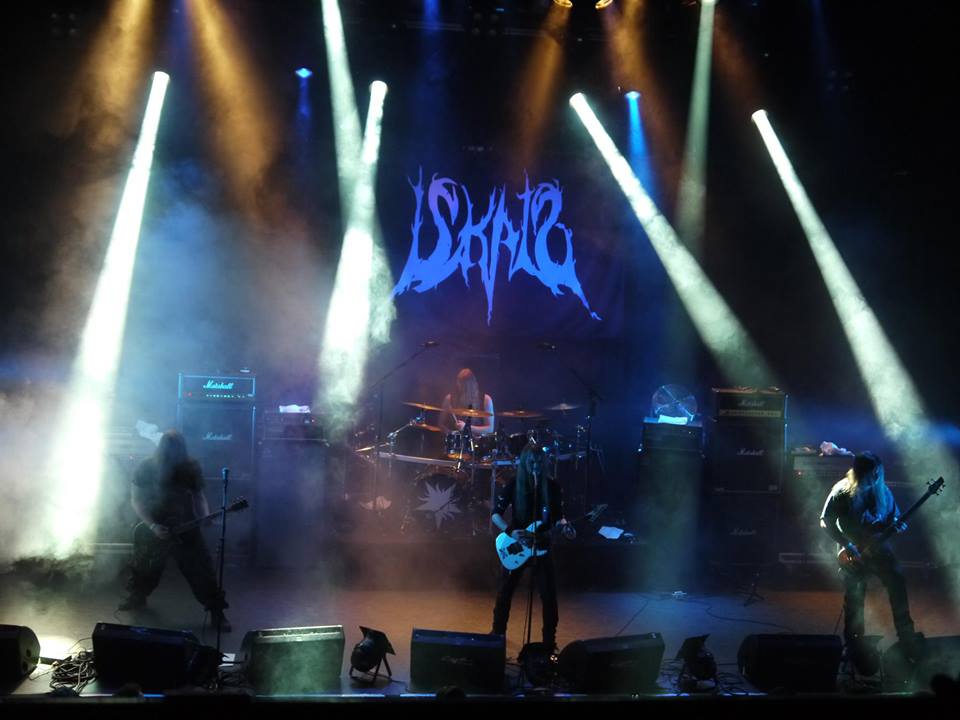 Aage Krekling: We don’t have anything booked yet. There are some plans so I would recommend follow us on social media to get the latest updates.

TIBM: What places in your hometown would you recommend Black Metal fans to visit?

Aage Krekling: If you go to Bodø; go see Saltstraumen(the world’s strongest maelstrom) or take a hike in the breathtaking mountains we have covering our city.

TIBM: Please leave some final words for our readers.

Aage Krekling: Thanks for reading this interview. Check out “Innhøstinga” and the two music videos we recorded this autumn. They are beautiful!