From Yerevan, Armenia comes Ildaruni, a Pagan Black Metal band with Armenian Folk elements. This Is Black Metal Webzine had a talk with them about their debut album “Beyond Unseen Gateways” and their future plans!

This Is Black Metal: Hello and thanks for taking this interview. How are you doing during these strange times?

Ildaruni: Greetings, we are doing well, despite the continued COVID situation and hectic times which affected everyone and everything. Thank you for your interest in our band and It’s an honor to be hosted in this interview.

TIBM: Your first full-length album is released 3 years after your demo. Can you describe the process during these years?

Ildaruni: Both songwriting and album production processes were challenging, it took more time and sweat than we expected before it finally got its flesh and blood. As our major goal and focus were to render something valuable and veritable, we didn’t concentrate our gaze on time or ranges, avoiding any limitations or deadlines. The past few years of exploration and active research helped us to forge our own sound, to shape a precise vision of our band, to mature our craftsmanship, by expanding musical horizons and enhancing our cognition towards the art. Despite instant live shows, our concentration and boundless dedication were mostly flowing in a more substantial direction, namely the creation of a debut album. Generally, it enriched and refined our musical perspectives and extensive views. Those years fortified the basis of our experience, inciting a rapid evolution of the band, both musically and lyrically. 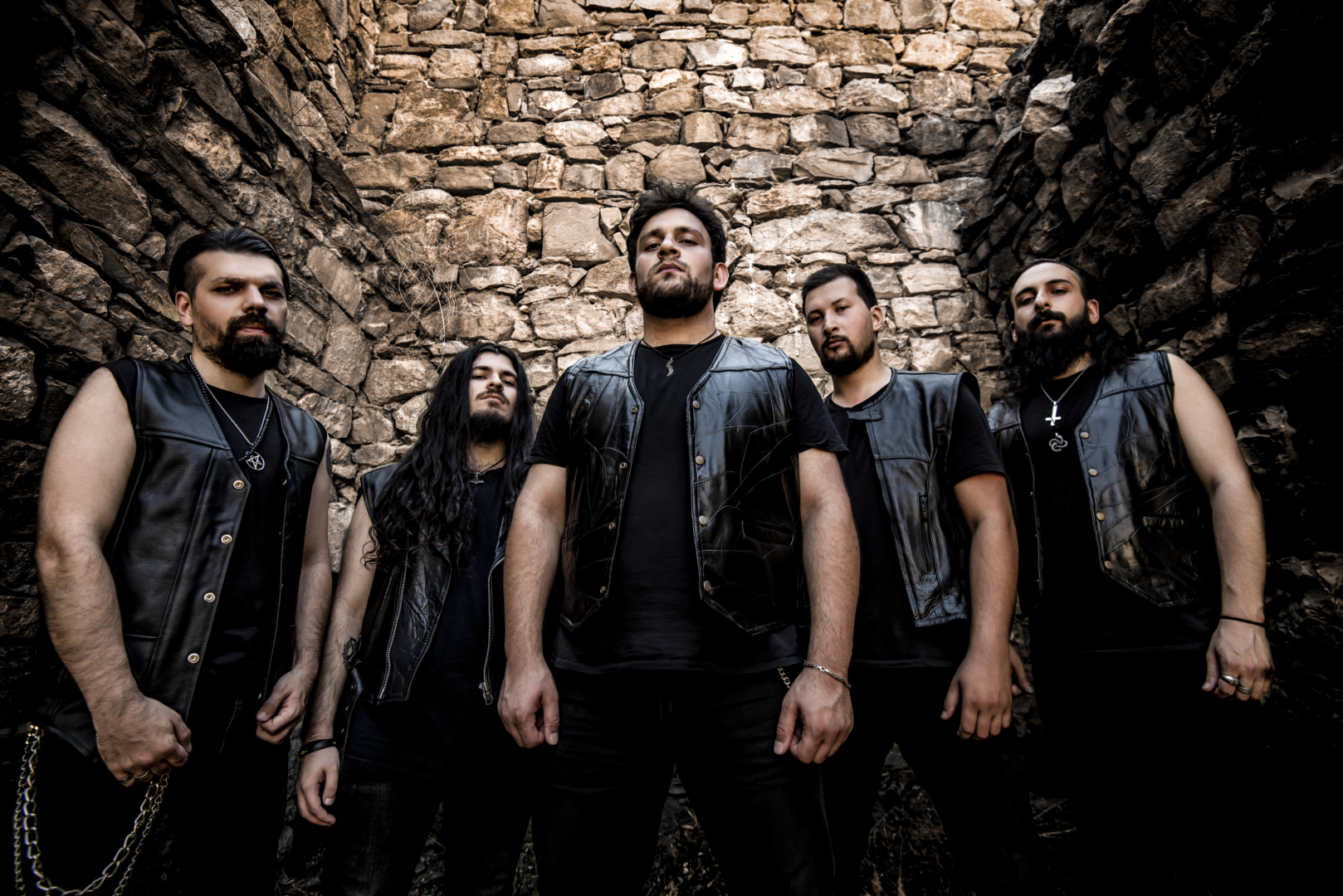 TIBM: How have the fans reacted to your creation so far?

Ildaruni: Responses and feedback were encouraging, positive and great. This means a lot to us and it’s a big push to move forward more intensely and exhibit our future manifestations. At the same time, we are happy to witness the pure materialization of our vision which was shaped and evolved over the years. As a whole, our music was met with positive feedback both in Armenia and abroad. It’s another abundant source of motivation that boosts our inner fire and musical endeavors. We are happy with the achieved results and the attention and honest appreciation from the fans we gained during the last months.

TIBM: What is the lyrical concept of the album?

Ildaruni: The album is a kind of immemorial ode that unveils the attainment of specific epochs and heights of the Urartian domain, shedding light on certain historical events and arcane lore that have been buried in the obscurity of centuries. The lyrical concept behind the album indicates spiritual excerpts and mysteries of the Urartian Kingdom, deeply concealed under the veil of time. Both the music and lyrics aim to convey distinct, authentic content, urging the listener to dive into the mystical journey of bygone times. At the formation stage of our band, I envisioned the fundamental direction that our black vessel would take, including the lyrical concept and the central ties between both textual and musical content.

TIBM: You made a lyrical video for Treading the Path of Cryptic Wisdom. Why did you pick this song from the album?

Ildaruni: This song had been included in our demo release and released in 2018 for the first time, gaining special interest and acclaim from the listeners. We decided to re-record the current track and introduce it in a new way, evolving, updating and adding some new tunes and fresh arrangements, capturing the final product. I think, Treading the Path of Cryptic Wisdom could fully represent the musical identity of our band, the overt blend of Armenian Folk melodies and relentless Black Metal, building up a steadfast foundation for further ideas to be unleashed. The song involved specific elements that drew the solemn concept and recondite essence of the album. Being the driving force that propelled our subsequent creativity. Considering these aspects, our choice fell on this track.

TIBM: You made a studio video for Perpetual Vigil. Who had this idea?

Ildaruni: The studio video was filmed and recorded at Vibrographus Studio, a home for many Armenian metal bands since the late 90s. In 2019, the owner of Vibrographus actively started the filming processes of the first documentary dedicated to the Armenian metal scene and history, including some solid bands that are worth keeping an eye on. The invitation to participate in this amazing underrated project was accepted at once and boosted our motivation. Fortunately, during the shootings, we had an opportunity to perform Perpetual Vigil and spread our music through this channel as well.

TIBM: After the listening session I got the impression that you are heavily influenced by the Greek Black Metal scene, especially by Rotting Christ. If this is true, which are your favourite 3 albums from the scene and why?

Ildaruni: You noticed correctly, regarding the musical influences of Rotting Christ and the Greek Black Metal scene, this pleasant analogy has been pointed out to us innumerable times. Nevertheless, I wouldn’t narrow our inspirations and impactions, as it emerges from multiple sources and musical vibrations. But it’s worth emphasizing the importance and essential input of Rotting Christ in molding my musical taste and songwriting skills. Respecting the albums, it’s a tough question but I would single out the mighty Sanctus Diavolus, Theogonia and Kata Ton Daimona Eaytoy from the new era. In my opinion, those are the most prominent and authentic ones that could convey the otherworldly ambiance and inimitable atmosphere, disclosing shadowy musical dimensions yet unknown to us.

TIBM: The previous time you spoke with us, you said that you are inspired by ancient Armenia. So can we presume that there is a connection with the album cover?

Ildaruni: This tremendous piece of art represents the depiction of an ancient city Ardini of the Urartian (Armenian) kingdom, also known as Musasir. The city was famous for its divine gardens and sanctum temple of Haldi, where the hierophant Urzana received congregations and held sacred initiations. Ardini was one of the main spiritual centers of the Urartian Kingdom, comprising hidden symbolism, and embodied mightiness, transmitting the whole essence of that period. The artwork was created by talented artist Mark Erskine who also plays guitars in Ildaruni. He could perfectly capture the direction of the music and concept of the album, incorporating a diversity of styles/techniques and providing a mesmerizing and comprehensive picture. 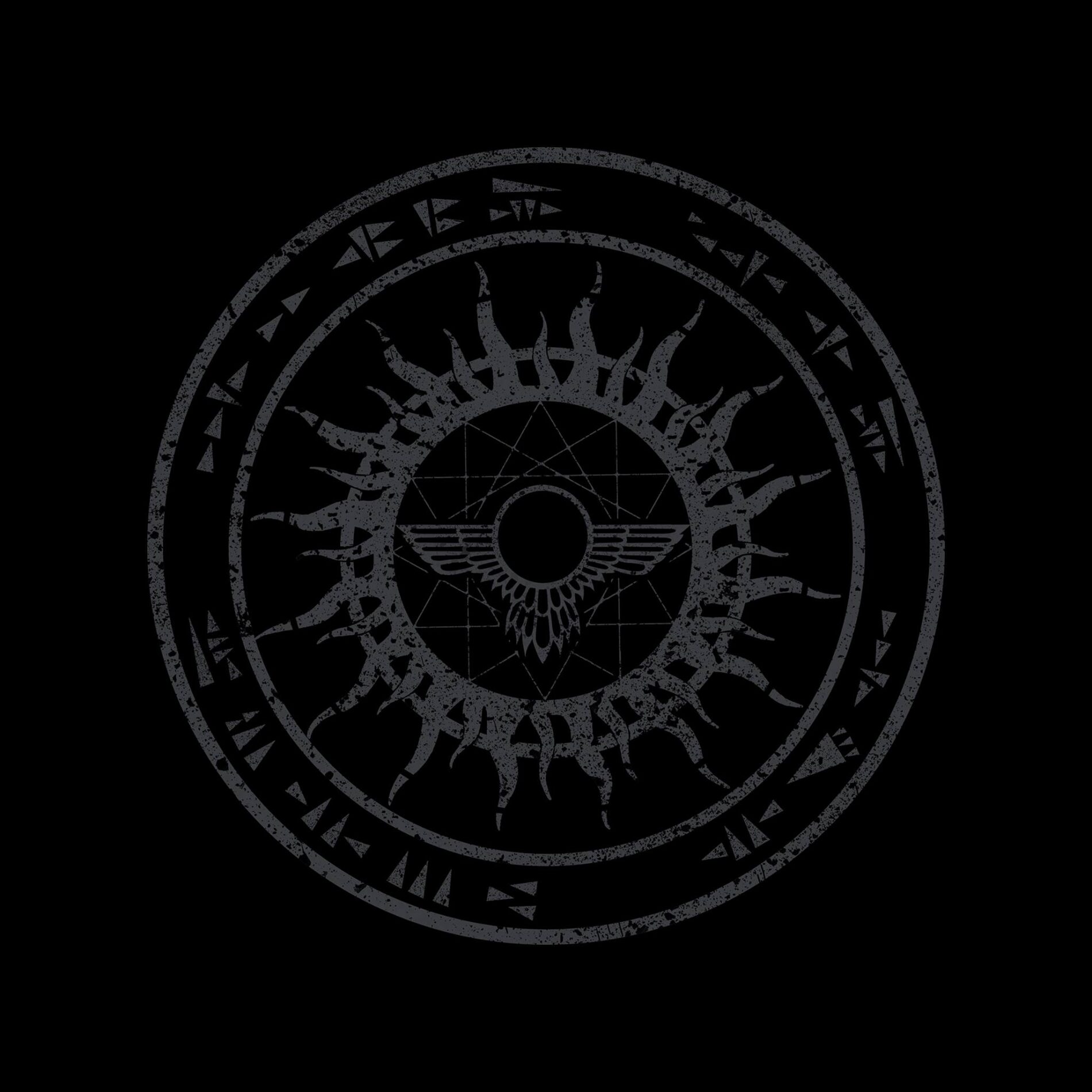 TIBM: How difficult is it for a metal band to be successful in Armenia?

Ildaruni: The Armenian metal scene is, unfortunately, evolving extremely slowly, but it exists, consisting of some genuine bands that surely deserve recognition both abroad and locally. Unluckily, acclaim and interest of metal in Armenia has been fluctuating over the past years, slowing down evolvement and distinct breakthroughs. Surely, these factors are affecting and dispiriting some bands, leading to the loss of motivation and later disbandment. We see those steady obstacles on the route of headway, but in the case of our band, the lucid vision and insatiable zeal towards music rapidly lead us, pushing forward to the new musical boundaries. Doubtlessly, these difficulties can affect our advance and success, but we are full of unfading passion and deeply rooted devotion that ignites our artistic creativity.

TIBM: With the corona crisis it is difficult for bands to tour. How are you gonna promote the album?

Ildaruni: It’s undeniable that COVID-19 heavily contributed to promotional and distributional issues, certainly impacting the cancellations of live shows and festivals as well. Regarding Ildaruni, our label Black Lion Records strongly supports us in the dissemination of our debut album, making our chants heard abroad and opening the doors for new opportunities and advancement. Fortunately, our Label took care of all promotional matters and we didn’t face any stumbling blocks along the way. We hope that in the coming future all of this mess will come to an end and a new impetus will be instilled into the metal scene both abroad and locally. 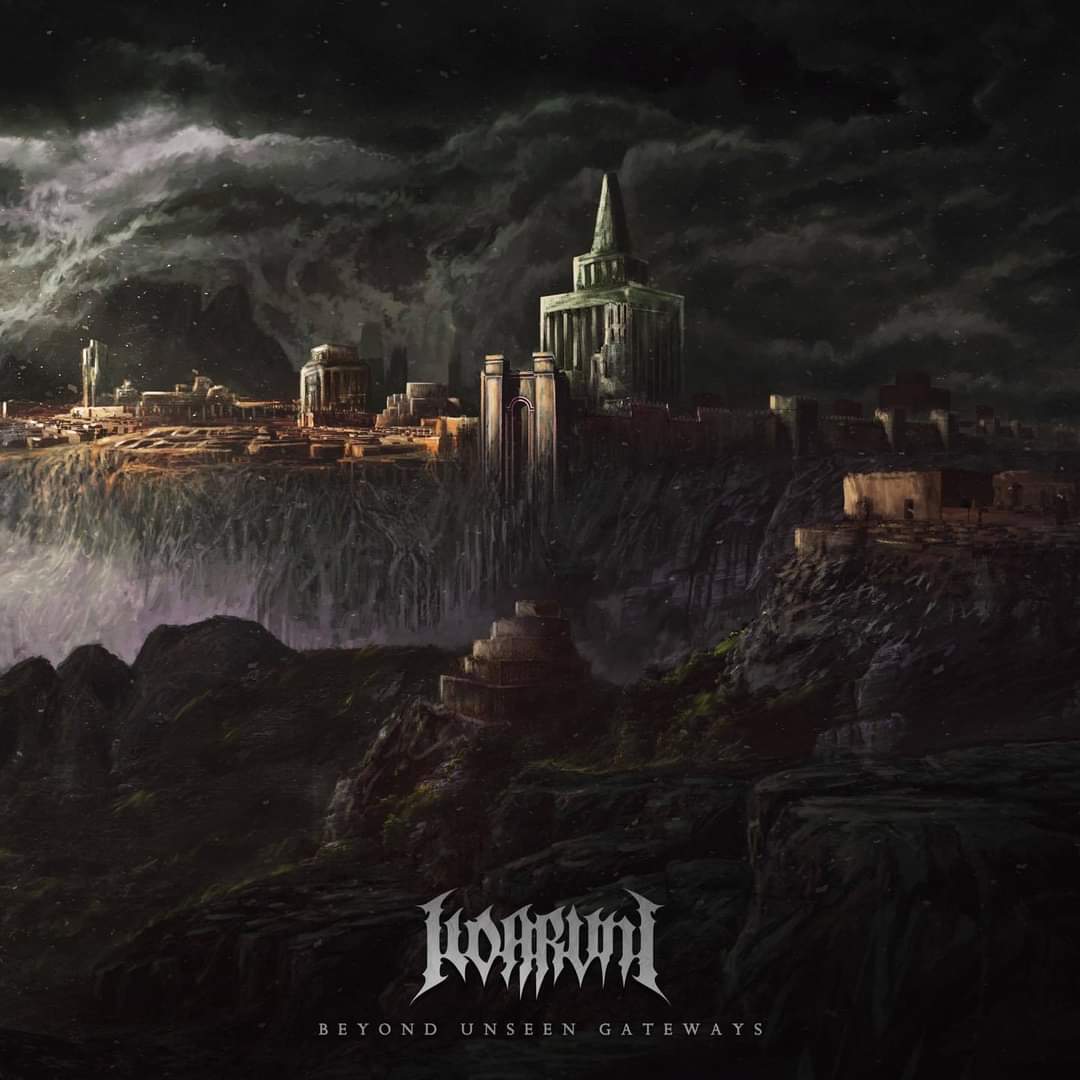 Ildaruni: Due to COVID-19 restrictions and endless turbulence, we have decided to focus our attention and efforts on the songwriting processes, continually solidifying new chants and beating them into their current shape, ready to be unleashed in the near future. At this point, our creative forces and plans are guided by the main urge to build up the core of the next opus, as the inheritor of the recently released one. Regarding live shows and festivals, we have already received some interesting offers and are passionately waiting for the expansion of our hymns.

TIBM: Thank you very much for your time. The final words are yours…

Ildaruni: Thank you too for your interest in our music, art. It was a pleasure to reveal the substance and the path of our band, divulging the momentous elements and emphasizing the main ideas that drive us forward. Thanks to everyone who continues to support us and appreciates the efforts we have put into our work. I hope that as many people as possible will hear our music and evaluate our dark opus.