Human Serpent is a Black Metal band from Lamia, Greece. The band was formed in 2013 by X, as vocalist, guitarist and bassist, and I, as drummer. The lyrics are written by X.

This Is Black Metal Webzine had a chat with them about their latest masterpiece “Heirlooms Eternal” and their future plans!

This Is Black Metal: Hello and thank you for this interview. How are you doing in these strange times?

Human Serpent: Thank you for giving us the opportunity to elaborate a bit on who we are and what we stand for. We are really honored. We are living “The Times of Realization” as we, semi-ironically, have decided to call this parody of life that we are experiencing for the past year. It isn’t like everything was in full harmony before-those who choose to take a look at all of our past releases will clearly see that this was never the case-, however, this which we are living now, must be the biggest wake-up call and the strongest slap in the face. We are experiencing a turning point!

TIBM: How the band did first came to be and what does the name Human Serpent represent for you?

Human Serpent: We had begun the efforts to a band since 2006. After a lot of trial and error and many many setbacks we reached a certain point in 2012 when we official became “Human Serpent”. From our point of view, the name and the essence of “Human Serpent” is that of rage, anger and sadness, but also of complete freedom and expression of who we truly are. 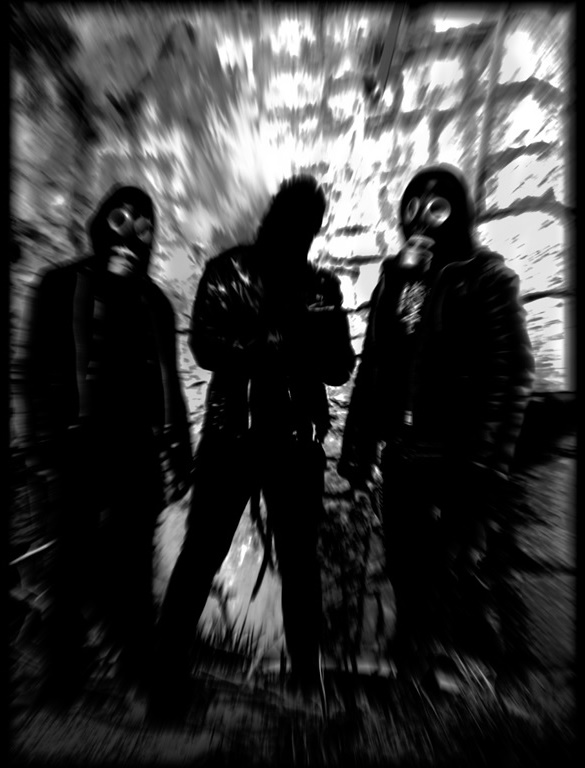 TIBM: So you have a new album that has just been released! What’s the main factor that differentiates your latest albums from the previous ones?

Is every album like a different aspect of yourselves?

Human Serpent: “Heirlooms Eternal” is our most experiential album! Everything “inside” has a feeling of “rottenness” and of life on the street. Maybe it reflects a part of our neglected side of our soul, a side that was birthed and matured during the interval between the completion of the recording sessions of “For I, The Misanthropist”, back in 2016, and the completion of the recording sessions of “Heirlooms Eternal”.

Exactly that, each album is a different aspect of ourselves. Each carries its own story, a truly unique and irreplaceable story that only through these creations could we physically manifest them into this world.

TIBM: Lyrically you are known to move in the realm of nihilism and misanthropy. Are these personal experiences expressed through your lyrics?

Human Serpent: Our lyrics are a kind of disobedience and rebellion for us, we could even go as far and say that they are a way of survival. Survival against the times of today when the impersonal individualism, the loneliness and the tyranny of normality and the dogmatist have not only “blossom”, but they have also grown deep, sturdy and ever-growing roots.

Human Serpent – For I, the Misanthropist (Full Album)

ΤΙΒΜ: What served as the main inspiration for “Heirlooms Eternal”?

Did you follow a different co position process from your previous works?

Human Serpent: Everything about “Heirlooms Eternal” was different from the very beginning. It was, probably, the most difficult “birth” from all of our creations. That is because, even though, its concept co-existed with the longest inspiration period to date, the biggest challenge came when we reached the point of materializing and giving that concept the grandiose essence that we felt that it deserved. In addition, it was the first full-length release that we had to work on while living in different cities, with different “daily routines” both personally and collectively.

TIBM: How has the covid pandemic affected the release of your album and the band in general?

Human Serpent: The covid pandemic was a really unnecessary part for us, especially during the time period that it arrived. All it did for us was to hold back our recording sessions (since the composition and finalization of the music was completed 7 months prior) and freeze-until further notice-all the live gigs that we had arranged during that particular period in time. Namely, live gigs were booked for Osijek in Croatia, Budapest in Hungary and Constantinople in Turkey. Also, as we said above, it served to once again highlight and show us how deeply wrong, rotten, foul and unjust that which we call “society” and humankind truly is. The ugliness of everything “noble” that we stand for reeled in its most miserable and truest face yet.

Human Serpent – All Return to Nothing (Full Compilation)

TIBM: How difficult things are for a Black Metal band in the province of Greece? Especially in these hard times that art, in general, is considered disposable by governments?

Human Serpent: Studios, lack of members, lack of rehearsal places, human stupidity… The difficulties have been well-known for a substantial amount of time already and we don’t think that they are about to change in any way. They will continue to be a thorn in anyone’s side who will try to express themselves through music. But what we have to say is that, if you manage and stand by your own rules and start living-all of us know the exact moment that we truly and wholly begin to live-then that in itself is a huge middle finger pointed to all adversities that you are facing and to everything and everyone that wants to keep you silenced.

TIBM: How do you see the future of Black Metal concerts with both the economic conditions and growing censorship? Should self-organized concerts pave the way as you have shown a preference for?

Human Serpent: We think that we are at the begging of the rite: “…one morning you wake up and nothing is the same and it will never be the same again..”. All we can ever say and express on this particular issue are nothing more than pure speculation. Yet, we believe that after everything is over, absolutely nothing will be the same. It is only one year ago that we worked hard and long for many months so that we can book and perform several live gigs and now, you decide to go just for a simple stroll but the time on the clock is not the approved one, so you are “violating the law”.. When all this is over-if it will ever be then and only then we will be able to see what is left, regarding bands, live events, self-organized concerts and life and “society” as we knew it. 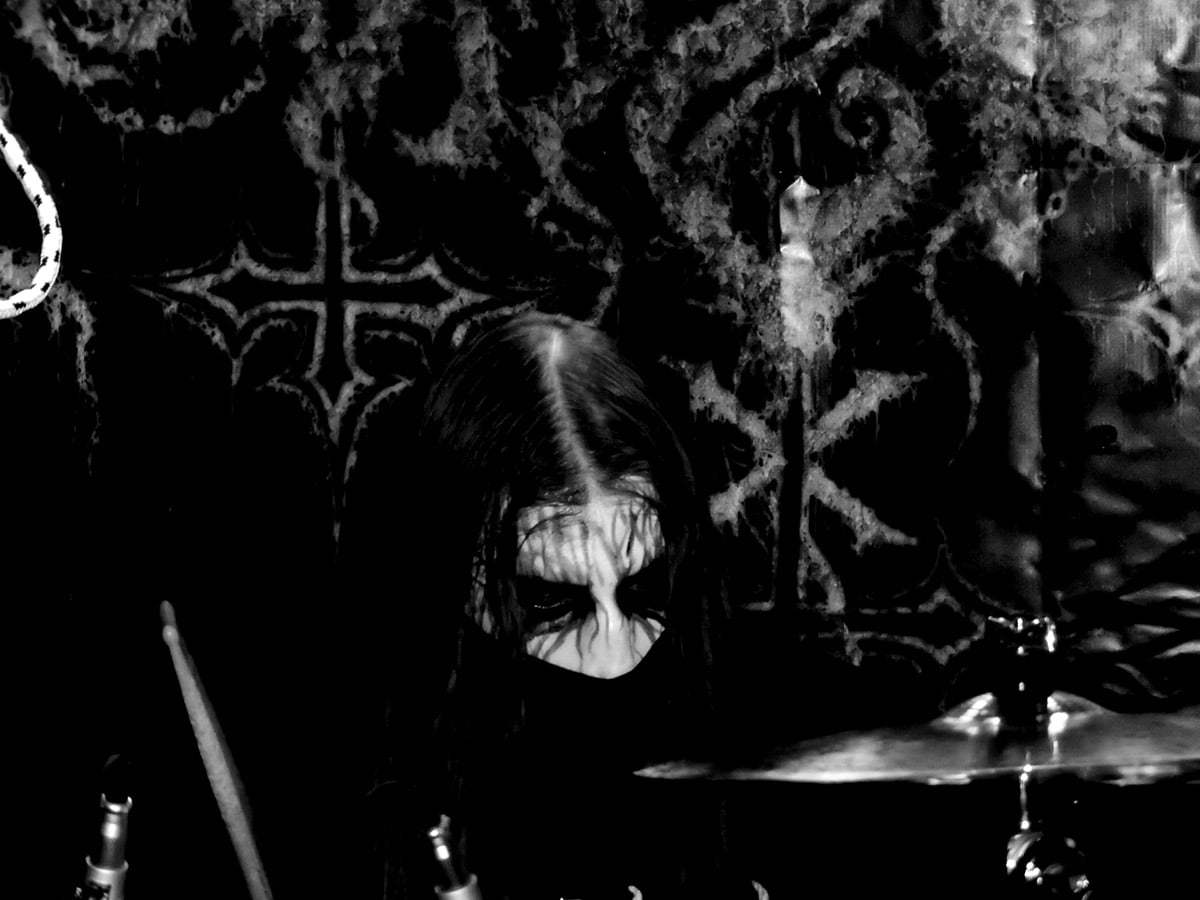 TIBM: Before the release of your latest full-length you were very active in releasing EP’s. Should we expect this kind of role to continue?

Human Serpent: Each year we try to release something, even if it’s just one track. Something that is going to take up the role of being the heritage of that specific year. Up till now, we have achieved that to the fullest, we can see no reason not to continue to do so as much and as long as possible.

TIBM: How important is experimentation for a band to not remain stagnant? Do you like to push your musical boundaries, if there are any?

Human Serpent: Boundaries. A word which, if you ask 500 people about what really is a“boundary”-musical or otherwise-you are going to receive 500 different answers.Similar to that, the “boundaries” for “Human Serpent”, both musically and individually, can be unbearable even for 500 people to handle, if this is an expression which can paint a small fraction of the greater picture that is our feelings towards every kind of boundaries that has been set for us.

Just by taking into consideration the fact that by the time you grab a musical instrument and begin the process of creating you begin experimenting with your very soul, you begin to glance into what each one of us can experience as a boundary. For us the need to express ourselves remains the same every time. We just do the self-evident, we manifest this need for expression, the need to say everything that we feel and say them in our own terms and by our own rules. 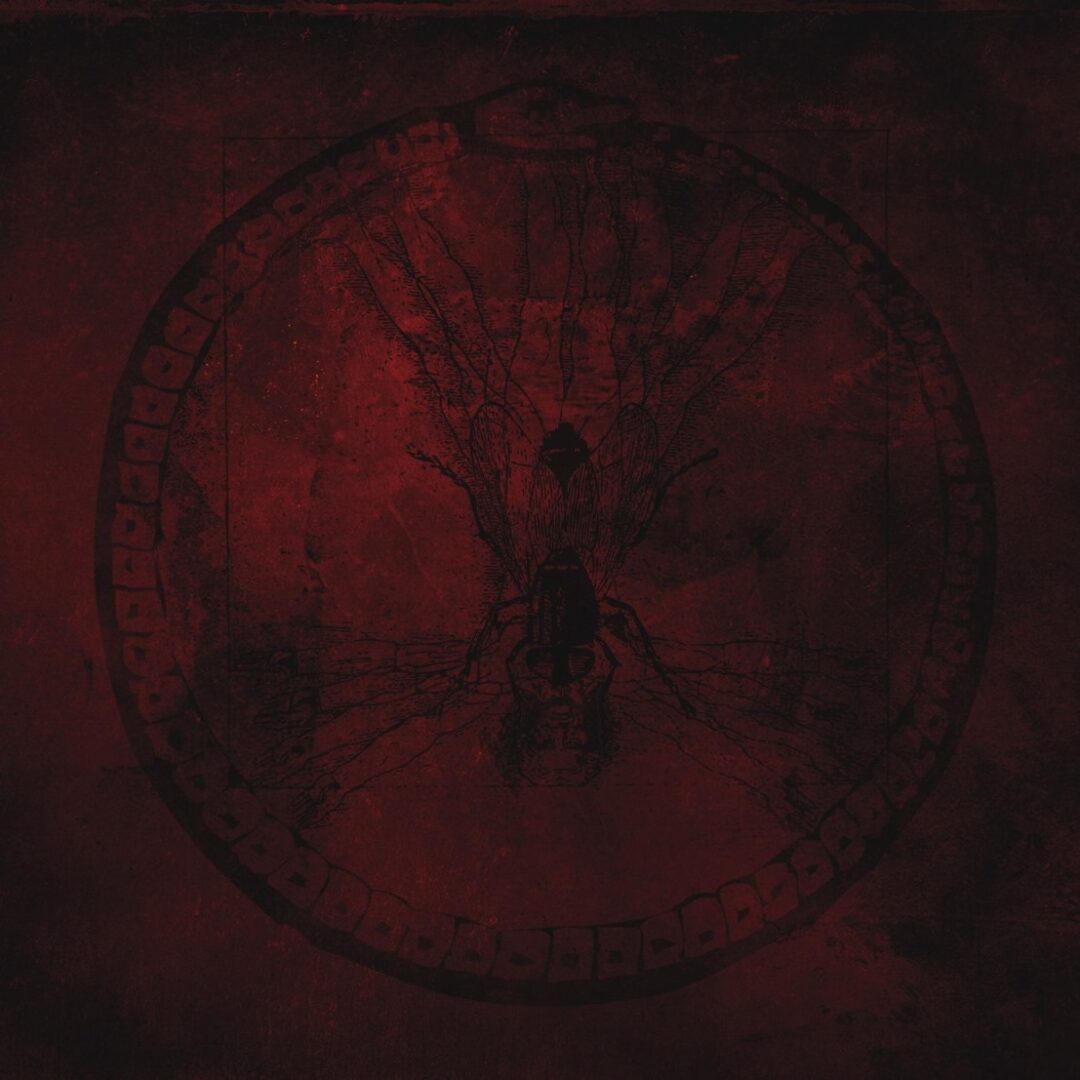 TIBM: Are there any future plans for the band that you can reveal to us?

Human Serpent: That which we can say at this point in time is that there are a lot of brewing and the pot is steadily reaching the boiling point once again.

TIBM: The last word is yours to leave a message for your fans…

Thanks for your time!