Halphas formed in 2014 by the Members Legatus, Tempestas, Forcas and Thurstan. A first Demo was recorded in 2015 and shortly after that Avnas joined the band to finally complete the lineup.
The band’s roots lie mostly into classical Scandinavian black metal but without trying to fit into any categories.
With their first full-length album, Halphas signed a deal with the legendary german Black Metal label Folter Records. “Dawn Of A Crimson Empire” has been released on CD, Tape and Vinyl and was a big success for the band, that is slowly but surely becoming a bigger name in the german Black Metal scene.
The lyrics and songs draw pictures of death and apocalypse. They tell tales about the forces of darkness and the unending battle within every living entity as well as the war against all false gods. You will feel the pure and primordial force transported through their songs especially at their live ceremonies that are covered in blood and fire. This Is Black Metal Webzine found Tempestas (Drums), one of the founders of Halphas and talked about the story behind this project, their new album “The Infernal Path into Oblivion” and their future plans.

This Is Black Metal: Hello Tempestas and thank you for offering some of your time for this interview. You are relatively a new band with 4 years in existence, so how was the initial idea of Halphas conceived?

We started this band with the idea of creating a genuine and pure spirit that lives through our music. From the beginning it was totally clear for us that we won’t follow any hype or so called “modernisations” of the art of Black Metal.

We totally deny what other people may call “a progress of the genre”. Progress is a thing that can be only achieved in a personal and spiritual way. It is totally stupid to search for an “improvement” of the Black Metal genre in general. It’s like you try to improve nature itself. It’s useless and only leading to malformation.

We celebrate the old and uncompromised spirits of the dark arts.

TIBM: You have recently released a new album called “The Infernal Path into Oblivion”, tell us some things about this album. Did you make any changes in the creating process while composing this album compared to your debut?

Tempestas: Most of the creating process was similar to our debut. But this time we spent a lot more time on the details. We always make pre-production before we release something. Thereby we have the time to listen to it and to work on the structure and the details again and again until it’s exactly like we want it. We don’t want to spread records like sweets. We always take our time to create our art. So every record will absolutely represent Halphas, no compromises. 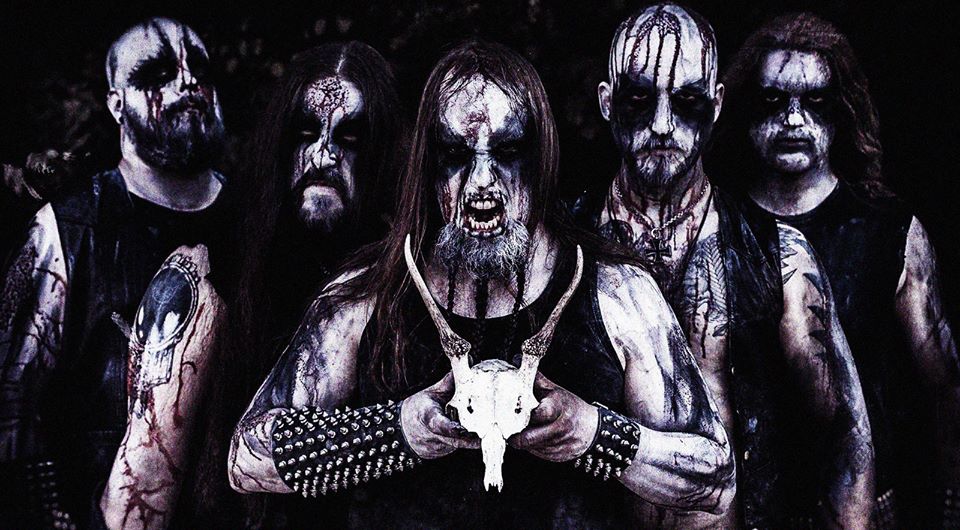 TIBM: Listening to your music, Scandinavian influences are evident throughout but you manage to maintain a variety in your music without falling in any categories. How did you guys find your musical identity?

Tempestas: Well, as you said…we see ourselves as a band that brings back the old and pure spirit of Black Metal. But we do that in our own way, not just copying some of the older bands. We don’t waste time looking to left and right, we do our thing and that’s it.

Musically it is important for us to combine atmosphere with raw power. We want to transport an attitude, a spirit, to overcome our profane existence and to become a higher entity. And last but not least, give back some rock’ n roll attitude to the scene, which in the last years has been way too busy of trying to look cool or being super sophisticated. We don’t give a shit about those things. We just go straight forward. You can convince yourself at our live shows.

You know, there is a lot of atmospheric suicidal whatever bands and there are also lots of super evil brutal violent wannabes out there. But it’s not about that at all. It’s not about being super brutal, super evil, super sophisticated or whatever. It’s about to be original and to transport energy that is way beyond any of those stupid categories mentioned. To “transport a message” is the origin of all arts.

TIBM: Was there a specific source of influence regarding your latest album?

Tempestas: Well, not like a certain record or a certain person or whatever. But personal experiences, philosophies and convictions. The songs are mainly about the mysteries of death, about sacrifice and suffering and the desire to become more than a human pile of flesh. The main themes of this album are different apocalyptic scenarios as well as visions of an afterlife.It mainly draws a picture of a journey to an ultimate end, where only darkness end endless void will reign forever.

TIBM: What’s the ideas and philosophy that Halphas as a band represent?

Tempestas: Only when we’re at the very edge, we find our true spirit. You have to kill all gods and become a god yourself. That is the key to overcome human nature itself. What is actually a very original philosophy of Satanism – to celebrate Lucifer as the light bringer. To break the chains in your heart and mind, to disobey and to do whatever you want to do. That is the very meaning of freedom.

We praise the primal forces of nature and cosmos, we do not fear them as modern society does. They are our allies.

Halphas is not a band of individuals, we are a union. And as a union, we transport those philosophies towards our crowd.

I think, if you’re just doing heavy music, looking evil and wearing corpse paint or whatever, you’re simply not doing Black Metal. Some bands nowadays should question themselves what they’re actually doing. Or better play in a fucking country band…

TIBM: Who are your favorite authors/idealists and have you taken inspiration from anyone in particular when it comes to your lyrics?

TIBM: While your new album sounds more polished and a step forward from your very strong debut, it also feels like there’s a kind of connection between them. Was this something that you aimed for?

Tempestas: No, we do not work with certain goals or something. We try to free our minds and start writing. I’m convinced that’s why the result feels like a natural and logical consequence of the last album.

TIBM: What’s your future plan about touring or playing live and have you been working on any new material?

Tempestas: We are definitely not one of those studio bands. We play live as much as we can but also not too much. That’s not good for a band, you know. We are not playing around every corner, we chose wisely.

A tour is not yet planned but we’ll see…

We just started to work on new material, but we will take our time… 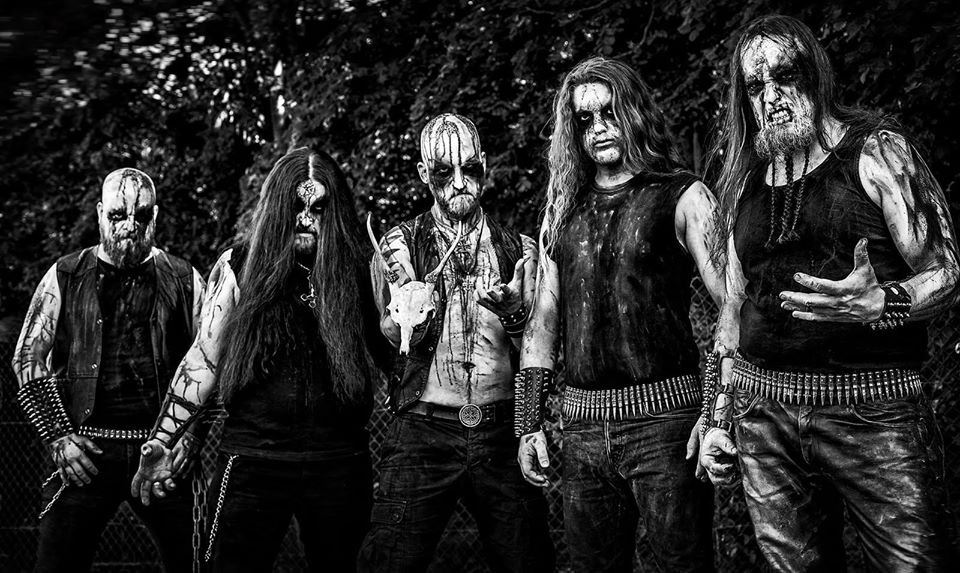 TIBM: How do you prepare yourselves before going on stage; What’s the feeling behind it?

Tempestas: Everyone’s got their own method to prepare. Personally, I stop talking, I become very quiet and focused. It’s a transformation. It’s not like we become another person but we become a union.

TIBM: Do you think playing live is a way of transferring your ideas to your crowd?

TIBM: What’s a band that you would really like to play with and in which country?

Tempestas: We don’t really think about certain bands or countries or something. We already know lots of great bands and we’re always ready to get on tour…so we’re pretty much open for everything, I would say.

But we do not do this “buy-in” bullshit. If you wanna see us – book us.

We will never pay like 5000€ to play with a big band. That’s ridiculous.

TIBM: Our interview comes to an end I’ll leave the closure up to you with some words towards your fans.

Tempestas: The forces of darkness will rule forevermore! Join us on the narrow path!