Interview: Decline Of The I

Decline Of The I is a French Post-Black Metal project by A. K., a multi-instrumentalist involved in the underground of the Metal scene for more than 15 years. This Is Black Metal Webzine got a chance to ask him some questions and to find out a bit more about this interesting project.

This Is Black Metal: Thank you for this interview, it´s a pleasure talking to you. What can you tell us about the story and concept behind this project?

A. K.: I created this project few years ago, as a following of my previews solo project Love Lies Bleeding which was more into Symphonic Black Metal. In the last efforts there were already some experimentations, but I wanted something different, I needed it, actually. So I decided to create Decline of the I (little story: there is already a song called “Decline of the I”, in the last album of Love Lies Bleeding).

TIBM: Why did you chose the name Decline Of The I?

A. K.: We live in a world that comes to an end. An early end. And it’s obvious that the vision of what the self is, is one of the reason of our end. Unable to feel any real empathy, we are just preoccupied by who we can get more and more pleasure, faster and faster. It’s just fucking sad… So here is one signification of this decline of the I.

But, in another perspective, it can be seen more optimistic. One of the few soteriological issues would be to accept a solubility of the self to escape from individuality. I’m not talking about hippy things, like connecting with the love of Earth or shit like that. Just to feel the link to a greater energy, to Life, as Nietzsche describes it. What go through us, all this wave we have to accept. Amor fati, in other words…

Everyone has to find his own way to find this. What is inside and outside can be seen as the same thing. And music is just a reflection of that. You have to forget what you are, what you want, what you have when you want to experience true life. Or music. Quite the same for me. 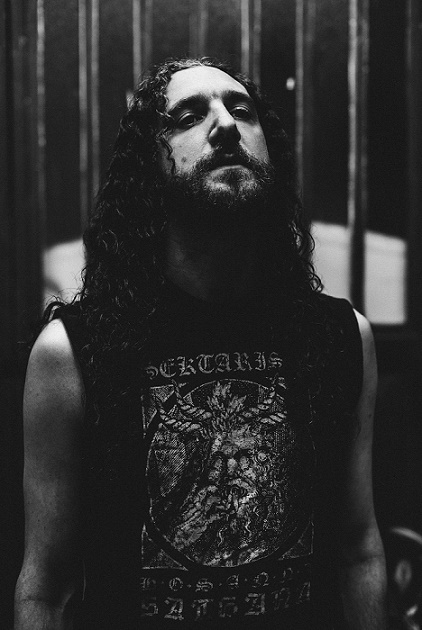 TIBM: What is your musical background?

A. K.: I play in several Black Metal bands: Merrimack, Vorkreist, Sektarism, Malhkebre and Order of Apollyon.
And I also have an another solo project: Waiting for my end.

TIBM: What is it that you want to transmit the listeners with your music?

A. K.: It’s not a question of “will”. I don’t “want” to transmit, like a message or something.
The first move is not transmit, but to express. I’ve something that I feel inside me, and this thing is a kind of monster that could destroy myself if I didn’t find a way to expulse it.
Cioran said he delivered his filth though his books. I do the same…
But these sounds of my inner neurosis can find some echoes to some listeners. And it can create a link between us. I like when music can make up relationship. It’s rare, but it’s real.

TIBM: Where do you get your inspiration from when you compose?

A. K.: Mainly into my self. And I can use concepts, like Laborit’s work for Decline of the I, as a prisma. But the main inspiration comes from my own emotions.

TIBM: Do you have any reference bands in the genre?

TIBM: Your new album, Escape, will be release in July 27th, and it’s the third part of a trilogy…please tell us about this work…

A. K.: It’s the last chapter of the trilogy, yes. It was quiet challenging for me to express very personal feeling and using the work of someone else, as conceptual support.

Decline Of The I – Escape

TIBM: What are some of the concepts behind the album?

A. K.: I followed the theory of Henri Laborit. He made this very interesting experience with rats, and I want to make an album for each of this reactions: Put a rat in a cage. A beep warns that the cage will be electrified. There is a space, in the cage, where there is no electric shock. After a while, the rat understands, and as soon as he hears the signal, he runs toward the safe place. We measure his health: no problem, he’s fine. So, here is the first reaction to an aggression: escaping

2nd experience: the same as the previews one, but there is no safe place. So the rat can’t escape and has to receive the electric shocks. His health decreased after a while, he’s about to die… 2nd reaction: inhibition of action.

3rd experience: same as the 2nd one, but we put a 2nd rat in the cage. When the cage is electrified, the 2 rats fight against each other. It changes nothing to the amount of chock they receive. Just like in the 2nd experience. But, very interesting: after a while, their health is still good! 3rd reaction: violence.

It really shows that what kills the rat in the 2nd experience is not the electric shock but the impossibility of doing anything: he can’ act. And in the 3rd experience, even if the action of the 2 rats is useless, they don’t return their energy against themselves, because they act. The worst thing in life is to be in inhibition of action, to be stuck.

And we are, at a lot of degrees, inhibited in our everyday life: society, morale, religion, family etc. All these structures can be our electrified cage, with no escape, except madness… or art. 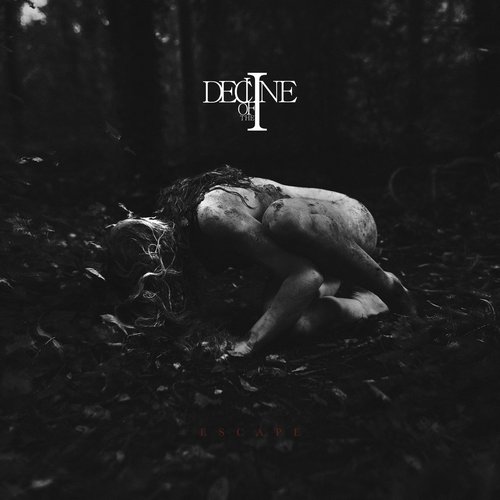 Decline of the I – Escape (Cover)

A. K.: I was very impressed by his grid, by his system. I discovered it when I was just beginning to compose for Decline of the I (I think the name of the project was not even chosen). I was also in a strange period of my life. So I took everything (Laborit, my music, my life) and decided to combine them. The result is the Decline of the I’s trilogy.

TIBM: Je Pense Donc Je Fuis, was the chosen song to present the album to the public, do you think is the song that best defines Escape?

TIBM: Did you have fun making the video for that song?

A. K.: No fun no mosh no core no trends, of course !
It was a really interesting experience, and a really intense one for our model I.K. who was all wet and naked in a forest in the cold month of October. Thanks to her!

TIBM: In the upcoming months is there any concert planned?

A. K.: No gigs planned, but I think about it more and more. Maybe it could be interesting to put Decline of the I as live form. Who knows….

TIBM: What can you tell us about A.K.’s other solo project, Waiting For My End?

A. K.: It’s my 2nd solo project, beside Decline of the I. I wanted to explore a more typical side of Depressive Black metal. I wanted to do everything (I also recorded, mixed and mastered the record) on my own. Everything has been done in 3-4 months. But it took 2 years to be released, thanks to the label that was not very… professional.
I also used a figure in literature: Stig Dagerman to inspire me.

TIBM: Please leave a message for This Is Black Metal readers!