Carach Angren need no introduction – they have set their mark on the Black Metal scene. This Is Black Metal Webzine had the chance to have a fascinating chat with Clemens “Ardek” Wijers, the master behind the orchestral aspects of the Dutch horror-metal trio.

This Is Black Metal: It’s a pleasure interviewing you. You recently were on tour with Rotting Christ and Svart Crown. What can you tell us about this Rituals Amongst the Rotten Tour?

Clemens “Ardek” Wijers: It was one of the greatest tours in Europe we have done so far. The response was overwhelming and we had like 11 sold out shows! Also it was a great combination of bands and always a pleasure to tour with the Greeks from Rotting Christ. So all-in-all a killer tour!

TIBM: It was your first time in Portugal, i attended the show at Hard Club Porto and it was a great magical night. How did it feels to be there for the first time? What did you think of the country and the Portuguese audience?

Clemens “Ardek” Wijers: It was a privilege to finally visit your country and play for you. The people from Portugal are so passionate about their music and that made them really stand-out as fans and a crowd overall. Your country is very impressive and beautiful. We had the chance to walk around Porto a little bit and I wasn’t expecting all the architecture and interesting buildings. I remember our mercher shouting out “This is where I want to come back!”. She was visiting Europe for the first time so that should tell you something haha. Also the people in the audience were of all ages which gives me the impression that metal is really alive in Portugal like nowhere else!

TIBM: It has been announced that you’ll perform in Vagos Metal Fest in Portugal in August. What can your fans expect?

Clemens “Ardek” Wijers: We are currently promoting our latest album during the festival shows so you can expect a lot of songs from this album but without of course forgetting killer tracks from previous albums. Also, we really fine-tuned new show elements so you can expect a killer horror tornado swiping through Vagos Metal Fest! 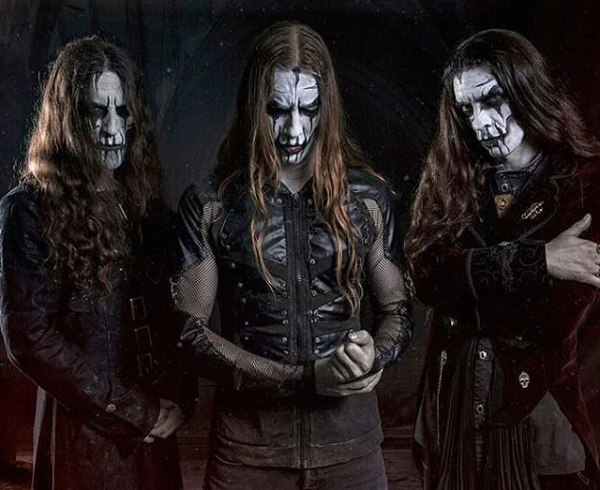 TIBM: When Carach Angren started what were your main influences at the time and what lead you to form the band?

Clemens “Ardek” Wijers: We have always been really into anything that has horror in it, movies, books, stories, and of course music. At the time we had all been playing in different bands and my brother Namtar was just starting to get a really skilled drummer. Because the bands we were playing in at the time had a different stylistic approach we decided to form our own Black Metal project. I decided to immediately record a demo (The Chase Vault Tragedy) and we wrote the songs about one big story. This became our trademark and throughout the years we have refined our approach more and more and now it turned into one crazy Horror Metal act.

TIBM: Carach Angren is a name from within Tolkien’s books, why did you pick that one?

Clemens “Ardek” Wijers: Seregor is a Tolkien fan and basically when we were deciding a name for our project he said he had this idea “laying around”. Literary he had written the name down in a drawer in his house and found it as he had put it there many years before. So we decided to take this name because it sounded aggressive yet mysterious at the same time. There is not really a link to the work of Tolkien other then that the name is connected to a Ghostly Portal in the realms of Tolkien.

TIBM: What is Black Metal for you?

Clemens “Ardek” Wijers: Black Metal was both a cultural and musical movement in the late 80s and early 90s which was so dark that it had “Danger” written all over it. It was very powerful I remember and made me want to explore all the bands in the scene back then. Everyone else seemed to listen to other styles of metal but this style intrigued me. Also, musically the most things seemed to be possible in this sub-genre. I was a keyboard player already back then and finally in Black Metal I saw an opportunity to express myself as a musician. We are not purely a Black Metal band because we started much later and incorporate many other influences and styles so that’s why we call ourselves a Horror Metal band because it defines it much better. 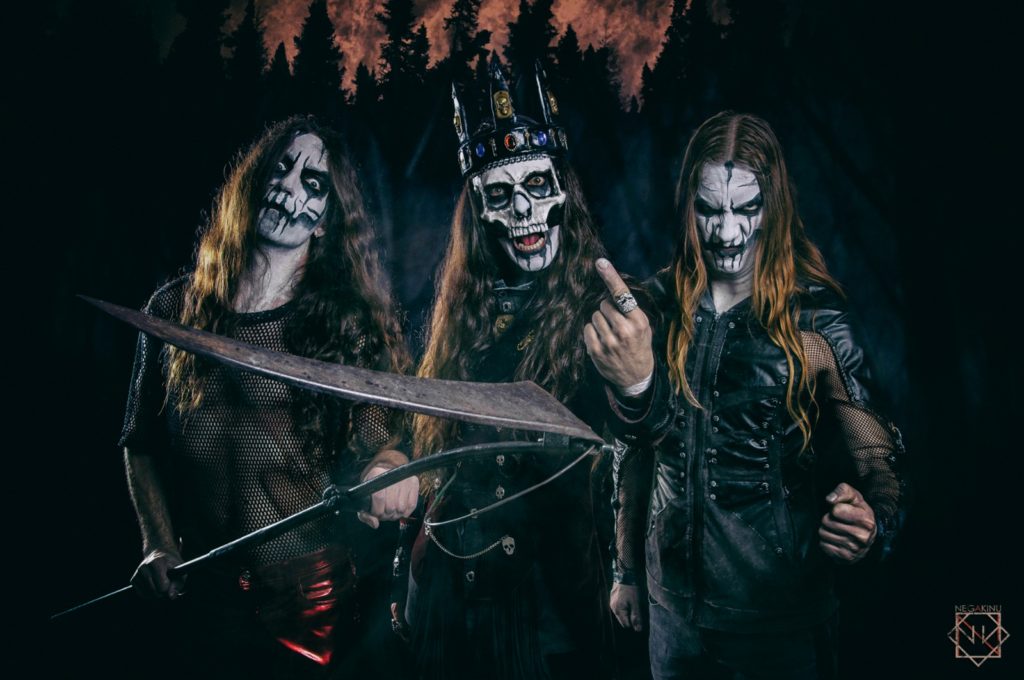 TIBM: Why did you decide to write about Horror instead of the usual topics approached in Black Metal?

Clemens “Ardek” Wijers: Simply put: It had been done over and over and over again so many times. I was thinking, what’s the point? There were really cool bands out the already bringing this aggressive anti religious tone so it had already been done. We would only be able to copy this and it wouldn’t speak to people’s imagination anymore. I feel that in art you always have to search for your own voice and style and this is a process that can take decades. I mean, right in that era you had for example Marduk brilliantly promoting “Fuck Me Jesus” or indeed a band name like “Rotting Christ”. How would we add anything to that as a new band ha? So we followed our own path and became horror storytellers. We are still evolving and this never stops.

Carach Angren – The Sighting is a Portent of Doom

TIBM:  Where do you get your inspiration when you compose?

Clemens “Ardek” Wijers: It usually is a combination of hard work and being open to whatever comes. There are many days where nothing really is coming up but that is part of the process. This may sound counter intuitive (in Rock ’n Roll kind of terms) but what I found out about myself is that I need to take care of my own physiology to compose the best kind of stuff, almost like an athlete. I’m least productive when I’m just sitting behind the piano or computer or whatever so I take a lot of breaks, exercise and write down stuff. Also I read books, I dive into different topics like psychology or philosophy only to come back to music with a fresh perspective. Last year I came back from a long US tour and sat down behind the piano and wrote a ballad within two hours. That one ended up in the Lindemann theatre project so sometimes these things just happen by being absent from the writing environment. Recently I also heard a quote by Michael Jackson. He said “Let the music write itself”. What he meant is not getting in its way by pushing buttons or thinking to much about it. Whether you like the guy or not, he has a very good point.

TIBM: Your corpse paint is very intricate. What inspired you to develop it?

Clemens “Ardek” Wijers: It has been developed by Seregor throughout the years. He has became a visual master. He makes his own masks and uses them on stage during our show. You can also buy your own mask in his online shop which you can check out right here: http://seregorsdeathmasks.bigcartel.com

Seregor always mentions “Death” as his main inspiration. It always comes back in his work and gives it a dark edge, just as we need it 😉 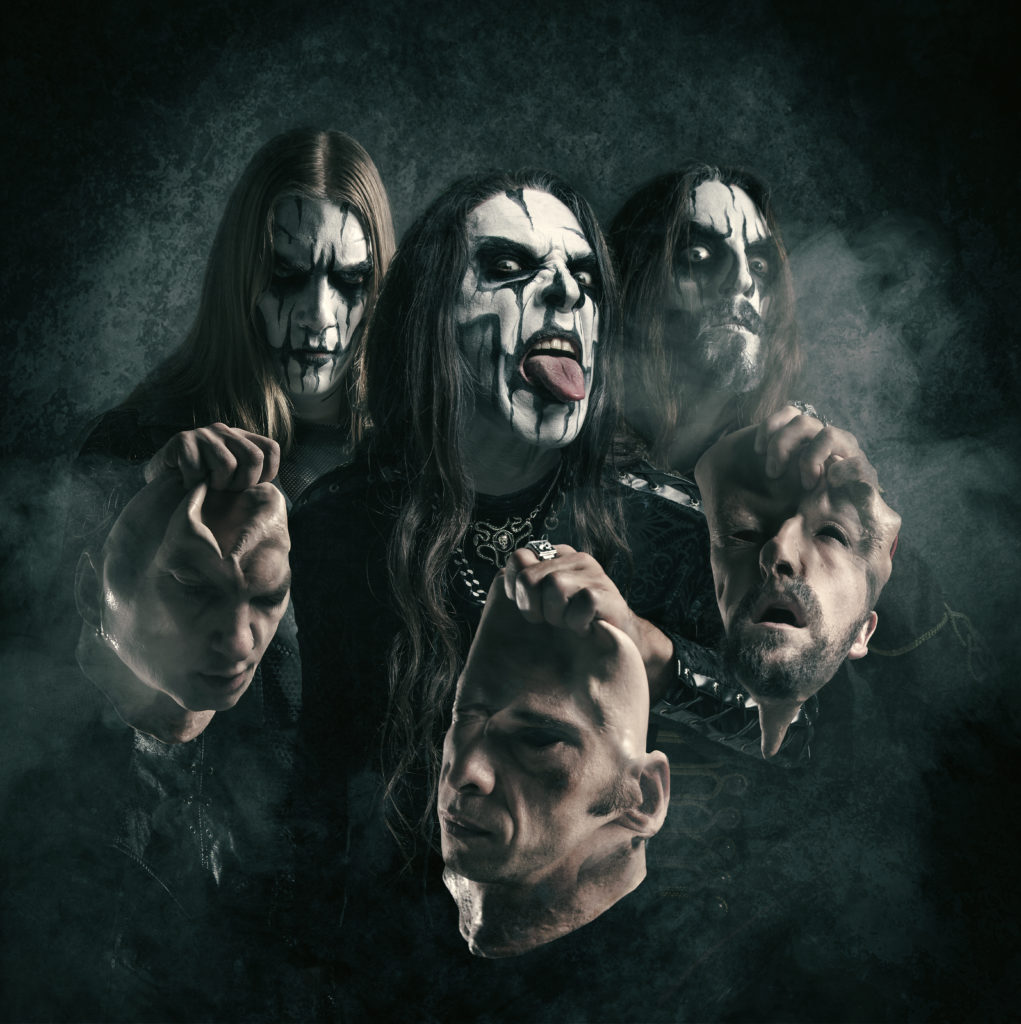 TIBM: Have you already been working on new material? What can you tells us about it?

Clemens “Ardek” Wijers: Yes I have started to compose new songs in the last couple of weeks but in order for all of you to have a mind-blowing experience when it comes out I won’t tell you anything about it haha.

TIBM: Finally, Please leave a message for our readers!

Clemens “Ardek” Wijers: Thanks for all your support and we can’t wait to bring the horror back to Portugal once more!