Azarath is a Black/Death Metal band from Poland. This Is Black Metal Webzine “interrogates” Bart about their 20th anniversary as a band, their latest offer “In Extremis” with Agonia Records and the future plans of Azarath.

This Is Black Metal: Thank you for this interview, it´s a pleasure talking to you. This year the band celebrates its 20th anniversary; Did you ever think you’d be reaching this mark?

Bart: Hail! I’ve never thought about that. Of course it’s very good that band still exists, despite all those circumstances and difficulties we faced during those years. Azarath started as a band from the same town, guys living close to each to other, and now we are the band where all members live in various parts of Poland, hundreds of kilometers to each other. But we still fascinate creating music, recording albums and playing shows. 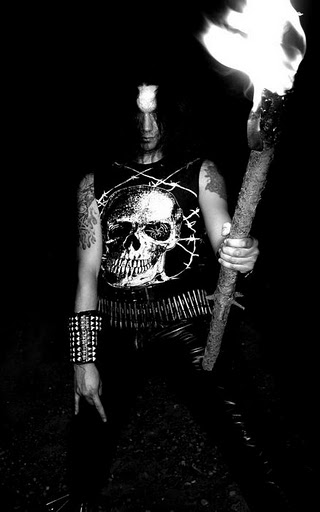 TIBM: Looking back to when you started, what do you think of your evolution during all this time?

Bart: We developed as people and as musicans in general. Song writing is much easier in one way, but from another we are much more restrictively in choosing riffs and ideas.

TIBM: Can we expect a special celebration of the 20th anniversary, maybe a special concert?

Bart: It’s great that people notice we have such an anniversary, but to be honest we hadn’t thought yet about any celebration of this. It’s not so important for me to play a special concert for this, I put 100% of myself to every single show. And each occasion to play live show is special for me.

TIBM: After a six-year wait we finally got to hear In Extremis last year, how did you come up with the idea for that album?

Bart: We started writing riffs in 2013 and it lasted until end of 2015/beginning of 2016. When all riffs and ideas were ready we played it again and again on rehearsals, recording every time. Then when we were 100 % sure of everything we started recording drums in March 2016. Music on this album is a natural reflection of our thoughts at the moment. The title of this album refers to the front cover and lyrics as well. And the main theme of this album is DEATH, represented in various cultures and beliefs.

TIBM: It was very acclaimed by the public, how does it feel to have such great response to your work?

Bart: It’s great of course when other people share your enthusiasm. We always play and record music that we like to listen. We are big fans and maniacs of unholy death metal as well. And I can add that such great feedback give us more power and willingness to do what we do. 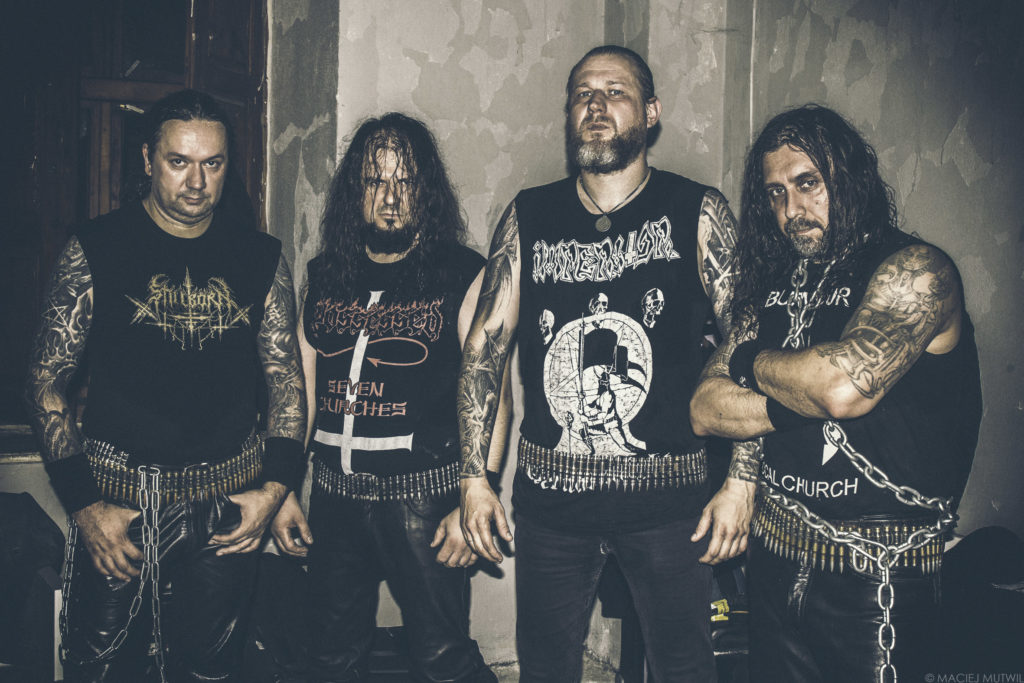 TIBM: Are you satisfied with the final result?

Bart: Yes. We are very satisfied. The album was recorded in the way and places that we wanted. It sounds good, and the layouts and booklets of CDs, LP’s were done in the way we desired. The release format looks just perfect!

TIBM:  Haldor was the producer for In Extremis, how was it to work with him?

Bart: Perfect. Before final mix we did three premixes of one song in three different studios with different people. And finally we decided to work with Haldor/Satanic Audio. We wanted to achieve sharp and dark sound with really powerful “live sounding” drums. Haldor is great person, professional engineer and our cooperation was perfect. He did final mix and mastering for the album.

AZARATH – At The Gates Of Understanding (Official Lyric Video)

TIBM: You decided to join back with Agonia Records, why that decision?

Bart: We choose to join back Agonia Records because we know each other from our fourth album “Praise the Beast” which was one album deal and we just trust them. We had nothing to complain about previously. Negotiations for “In Extremis” were quick and specific. Among many other deal proposals Agonia offered the best deal and fully supported our vision and release standards. The label was enthusiastic to release our album and in the want we wanted (booklets, layouts). Agonia did very good promotion for our album and we are very satisfied. We are in touch and discuss many things directly.

TIBM: Last year you parted ways with Necrosodom, was it a mutual decision? How is it to work with Skullripper?

Bart: Yes, the decision was made mutually. If something is not working as it should, we cannot continue and getting tired of each other. So the best solution was to split-up. Necrosodom did great job for this album and he is great musician. But our cooperation was just tiring. Now we are working and touring with Martin “Skullriper” from Embrional. He as great musician as well and great person. Our cooperation is perfect. We’ve played many shows, spent lot of time together as a band on the tour and we are very satisfied!

TIBM: You have some side projects, Armagedon and Damnation… are you working on new material for them?

Bart: I’ve played in Damnation since 1993 to about 2001 when the band goes into “inactive” and we haven’t worked on new material after that. There are some talks about some possible reunion shows next year. We will see 🙂

Speaking about Armagedon -it was one of my favorite bands in the 90’s in Poland and I was truly happy I could join them in 2013. We’ve played some shows promoting last album “Thanatology” but I have no idea if we will record something new. I am not a responsible person to speak about that. I can only say that I would really want to! 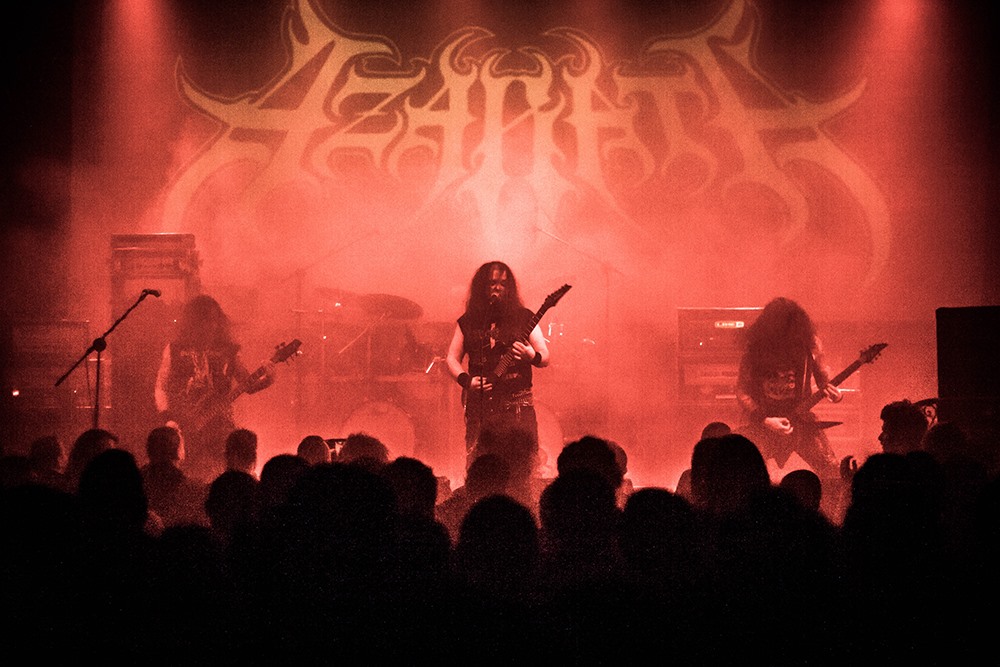 TIBM: You’ve been playing some gigs; do you have more dates for the upcoming months?

Bart: We’ll play some festivals this summer. Starting from “Boarstream Open Air” in July, then in August “Brutal Assault” and finally “Metal Mine” in Poland. And for Autumn we plan European tour but still no details I can share.

TIBM: Finally, Please leave a message for This Is Black Metal readers!

Bart: Thank you very much! Keep the Black Flame!