Avslut is a Swedish Black Metal band that has emerged from the ashes of several different bands. This Is Black Metal Webzine talked with Simon Olovsson (Guitars) about the story behind this project, their latest album “Tyranni” and their future plans.

This Is Black Metal: To start things off, talk a little bit about how the band came to be and what’s the meaning behind the name

Simon Olovsson: Well from the beginning Avslut was a project started by Christian and Oscar. The main thought of the project was to create music solely and not perform live. Things escalated quickly and soon Eddie, Dennis and Simon tagged along for the journey. The band name is obviously in our mother’s tongue. Avslut is roughly translated to “Ending” which can be interpreted to whatever the listener finds meaning in. To us it’s clear as the sky.

TIBM: What serves as the main inspiration for the band both lyrically and musically?

Simon: Even though every member of the band has a different musical background and ideological ideas. The thing that binds us together and serves as an inspiration is the disgust for humanity, injustice and the repulsive tendencies of people. A lot of the lyrics are written by Christian when he is a specific state of mind. This state of mind is as you can guess not a “Happy place”. 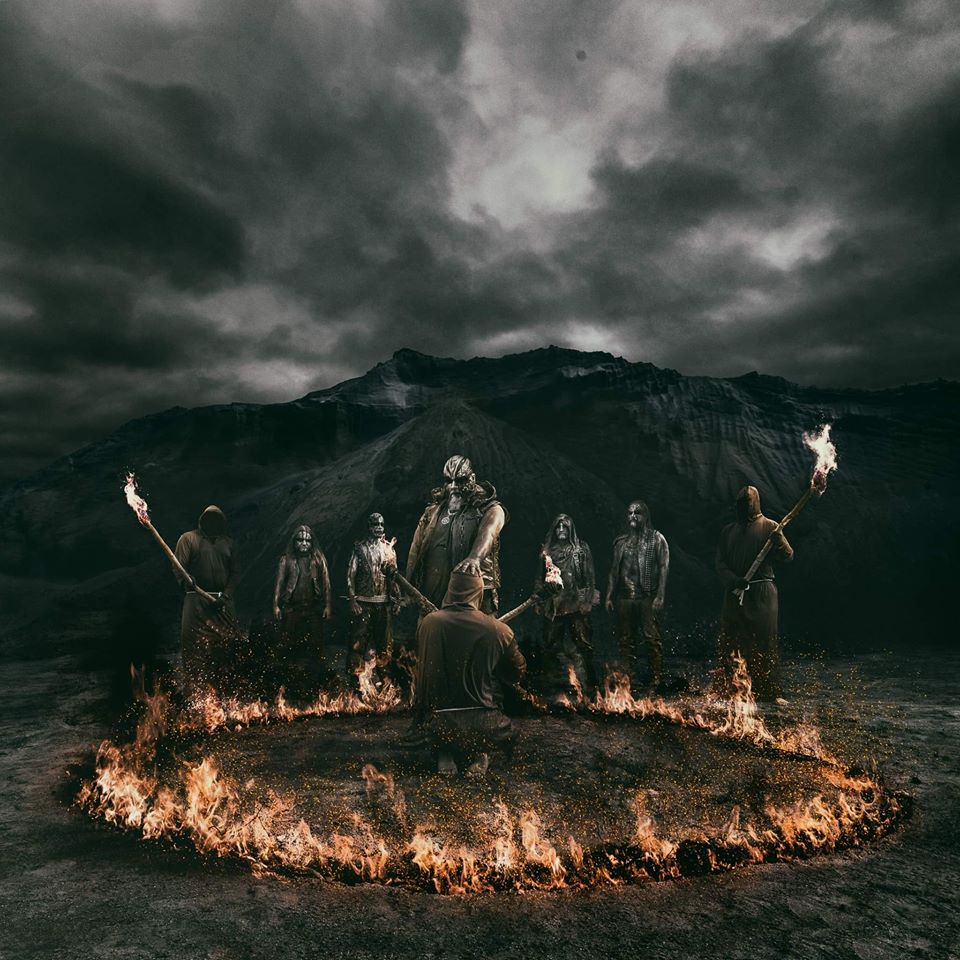 TIBM: What’s the typical composition process? Did it change in any way during the creation of your latest album “Tyranni”?

Simon: The main difference in the process when comparing “Deceptis” and “Tyranni” is that we felt that we had more opportunity to polish the material both beforehand and afterwords. When we went in to the studio we were more composed as musicians with a clear picture of what we wanted to create. The outcome is in my opinion quite easy to hear. As musicians working together and creating together you always have to strive to evolve and reflect on what you can do better. Tyranni is a testament to that.

TIBM: What does this album mean for you and what’s the connection point with your debut album?

Simon: There is a red thread and a connection between “Deceptis” and “Tyranni”. I don’t know if you can call them “concept” albums but there is connection. The albums are depicting a journey in yourself or passage if you will to inner enlightenment.

TIBM: How’s the feedback from the fans so far, is it something that you take into consideration moving forward?

Simon: The feedback has been very generous and critics and fans alike seem to enjoy it very much. But regardless we create music for ourselves and we don’t really write or create to please anyone else than us. This might seem strange for some but in all honesty, we picked up our instruments in our youth because we like playing and creating. Not because someone told us to.

TIBM: How would you describe the band’s existence so far?

Simon: It’s gone very quickly, we received some massive amount of hype from our debut EP “Vanskapt” and started to get offers to perform live a very nice venues and festivals almost right away. It kind of gave us the feeling that we had to accelerate and work harder to continue what we were doing to receive even better offers and evolve as musicians.

TIBM: How did you first come in contact with Osmose Productions?

Simon: If I recall correctly they contacted us. We had a lot of offers from a lot of different labels over and extended period of time. But since a lot of us grew up with albums released from Osmose and remembering the logo and their work resonated with us. They are great to work with and they have been very helpful. They understand what we are trying to achieve.

TIBM: Do you keep in track with releases from any newer bands from Sweden and if so where do you think the Swedish scene is heading?

Simon: There are a lot of great underground acts growing in Sweden and especially in Stockholm. I do keep decent track of what is going on and there is a strong tide of acts establishing themselves at the moment. I think the scene is Sweden is heading forward. There are a lot of Black and Death bands with great potential working right now. It’s a shame that in times like these with viruses that a lot of music and art are stopped in their tracks. We will see how things unravel later this year.

TIBM: What feeling do you get from playing live and how do you put yourself in that state?

Simon: When stepping up on stage and delivering our music you get in a specific state of mind. I can only speak for myself, but when I get up on stage I get in a deep focus, almost meditative with an iron will to perform. The only real feeling I get is determination and power.

Simon: Our goal with Avslut is to perform in every nation worldwide for as long as we can. We have a couple of shows booked at the moment but nothing in the sense of a tour. But we are working constantly in the shadows to arrange things like this. 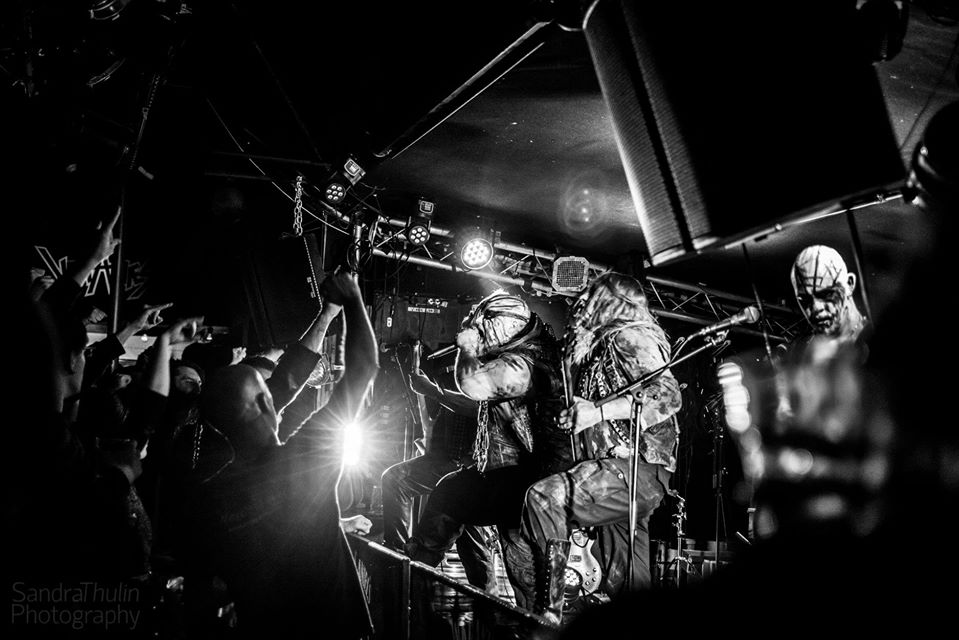 TIBM: How’s the work going on creating a future album?

Simon: Christian and Eddie are the main forces in “Avslut” concerning the writing of music. In all honesty, during the period of time when “Tyranni” was written, we probably wrote three albums worth of material. There is a lot in the works at this moment and all I can say is that we are doing the pre-production work for the next album.

TIBM: Finally leave a message to the fans of Avslut worldwide

Simon: Avslut is working tirelessly to bring our music and put our claws into every nation so have patience. During times like these when the Coronavirus is putting pressure on society and when people and the scene alike are struggling; support your local acts and the music scene in any way you can.