Akhlys is a one-man project from the wizard, Nass Alcameth of Nightbringer and Aoratos hailing from Colorado, USA.

In Akhlys, Nass Alcameth introduces the nightmares that lurk in the dark recesses of his mind in a thrilling, yet suffocatingly dense soundscape that can only be defined as Ambient or Atmospheric Black Metal.

Akhlys’ “Supplication” is a methodical 37-minute Black Ambient continuum meant to serve as a communion with the dead. “Supplication” also contains vocals, chants and incantations layered over an aura of oppression and darkness.

In “The Dreaming I” Akhlys reminds the listener how truly terrifying Ambient Black Metal music can be. With textured atmospheres that almost paint a physical picture right before one’s eyes, The Dreaming I earns all of the high praise it receives. The wizard produced a thick soundscape, that the experience feels as if one were falling into the dark abyss, but also produces a sense of claustrophobic urges.

This Is Black Metal Webzine found Naas and talked with him about his latest masterpiece “Melinoë”, his other projects and the USBM.

This Is Black Metal: Naas, this is a real pleasure – thank you for speaking with me. Let’s dive right into this because I’m very interested to learn what Melinoë is all about – listening to this album the project’s signature claustrophobic and intensely heavy sounds are ever so present – it truly feels like the stuff of nightmares. Talk me through Melinoë, what story is this music translating?

Naas: Like the album before it, Melinoë is dealing with sleep and dream phenomena that have significance within the realm of the esoteric. I am drawing upon my own personal experiences which range from sleep paralysis hypnogogic visions or “nocturnal assaults”, to lucid dreams, and so on. The lyrics are my personal interpretations and expressed through the language of esotericism and myth.

TIBM: Following on from The Dreaming I, which for me, was one of the best albums for 2015, Melinoë feels like a continuation of The Dreaming I – only darker and possibly even more intense (big call) and given the Art Work follows the same aesthetic theme,  Is Melinoë somehow connected in themes to The Dreaming I? And how?

Naas: As stated above, it is connected by an overall theme that is at the core of Akhlys. With that said, Melinoë was approached quite a bit differently than The Dreaming I in regards to the lyrical content. On The Dreaming I, I was drawing directly from dream journals and relaying scenes and events as they occurred, albeit poetically. On Melinoë I took personal dream and sleep-related occurrences and then focused on their meanings.

Akhlys – The Dreaming I (Full Album)

TIBM: Speaking of artwork, what does the art to your latest album represent and who created this amazing image?

Naas: The artist is Denis Forkas Kostromitin. This piece wasn’t commissioned by us however, we just purchased the license. It is a piece I was quite in love with for many years. It is a depiction of a gorgon, but beyond that, I could only guess at any deeper significance it has to Denis. The Gorgon is a figure Akhlys has drawn upon with certain links to the fixed star Algol and the petrifying gaze.

TIBM: Most people who are fans of Nightbringer appreciate your work with Aoratos & Akhlys, sound-wise definite connections are linking these projects together, however how would differentiate these projects to explain them as separate entities?

Naas: I get this question quite a bit so excuse my brevity here. There are differences in both sound and subject matter and while there will be stylistic similarities that are inevitable when the same individual is composing the bulk for each, there are enough differences that it would feel haphazard to just lump all of this material under the same banner.

TIBM: Akhlys focuses hugely on atmosphere – I mean some of the sounds throughout Melinoë are truly terrifying and also manage to be trance-like and hallucinogenic simultaneously. It’s as if you are forcing the listener to be present in the middle of your worst nightmares. There is a sense of darkened euphoria within the sounds created by warped melodies, layered musicianship that just engulfs you, it truly is like no other, so I have to ask – what inspires the direction of this style of unique and beastly Black Metal? Be it music influences, other forms of art? Etc.

Naas: It would be hard to cite any particular influences at this point but more generally I have always preferred the “wall of sound” approach, with all instruments having their own parts, lending to a thick and dynamic cacophony of sorts. I feel this approach, when executed well, can engulf the listener within the compositions.

TIBM: Given how terrifying and fantasizing Melinoë is, please walk me through your process and influences for conjuring up such themes and sophisticated songwriting?

Naas: All themes have their origin within personal parasomnia experiences and then “brought to life” via symbolic/mythological language, as viewed from an esoteric stance. I have found much resonance within the Greek and Roman myths particularly, which is reflected heavily within the albums. In regards to the songwriting, I try not to premeditate it so much. I simply begin by finding a vibe that fits the associated thoughts and images in my mind and these first riffs are the foundation on which I begin to build the rest of composition. I think it is more important to get lost in the thoughts and images than it is to ground yourself in technical aspects of songwriting. When things pour forth intuitively there is a point where the process shifts and you are no longer leading but are being led by it all. This is the sign of the Muse and indication of inspired work. 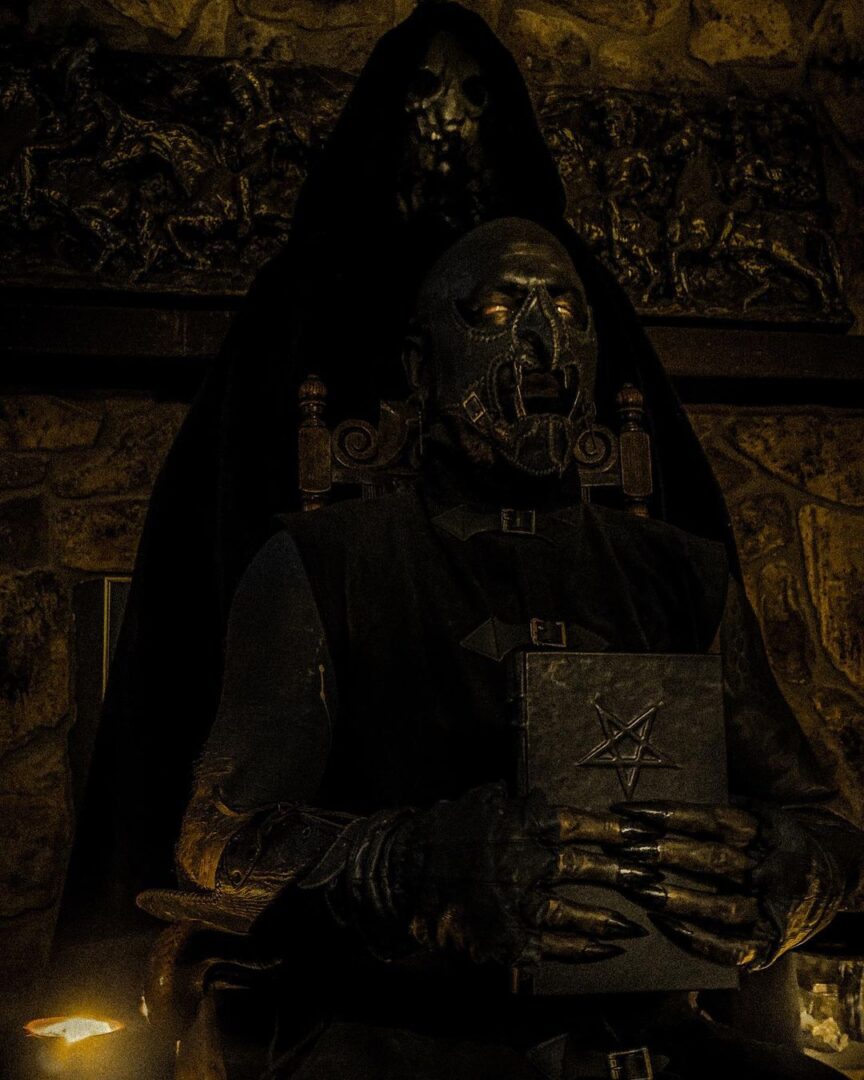 TIBM: I interviewed someone not so long ago who claimed that there isn’t a Black Metal scene in the US, however, I know first-hand that the USBM  scene is thriving and particularly within the underground scene. This year in particular we have seen an abundance of creative and unique solo projects staining us with some wickedly good albums. Do you keep abreast of your local US Black Metal Scene? And overall how do you find your local scene in Colorado? Have they been supportive of your work?

Naas: Honestly, I do not. I’ve always seen Black Metal as a personal art first and foremost. I appreciate the many bands out there making genuinely inspired music and am indebted to the ones who have influenced me over the years. As far as the rest of it goes I am mostly ambivalent. I have had little to no connection with the local scene here for some time and tend to keep to myself and my small circle of close friends. This has more to do with my nature than anything else really. Regardless, we have had a lot of support from locals here which is great of course.

TIBM: To continue from the previous question, what are your experiences with live performances in American as opposed to Scandinavia and Europe?

Naas: I have not performed live in the US in many years and the majority of my experiences live have been abroad interestingly enough. I do have a general preference for Europe. I have played amazing shows Sate side and abroad and I have played many poor shows on both sides as well. It all depends on the variables such as set/setting, audience and so on. 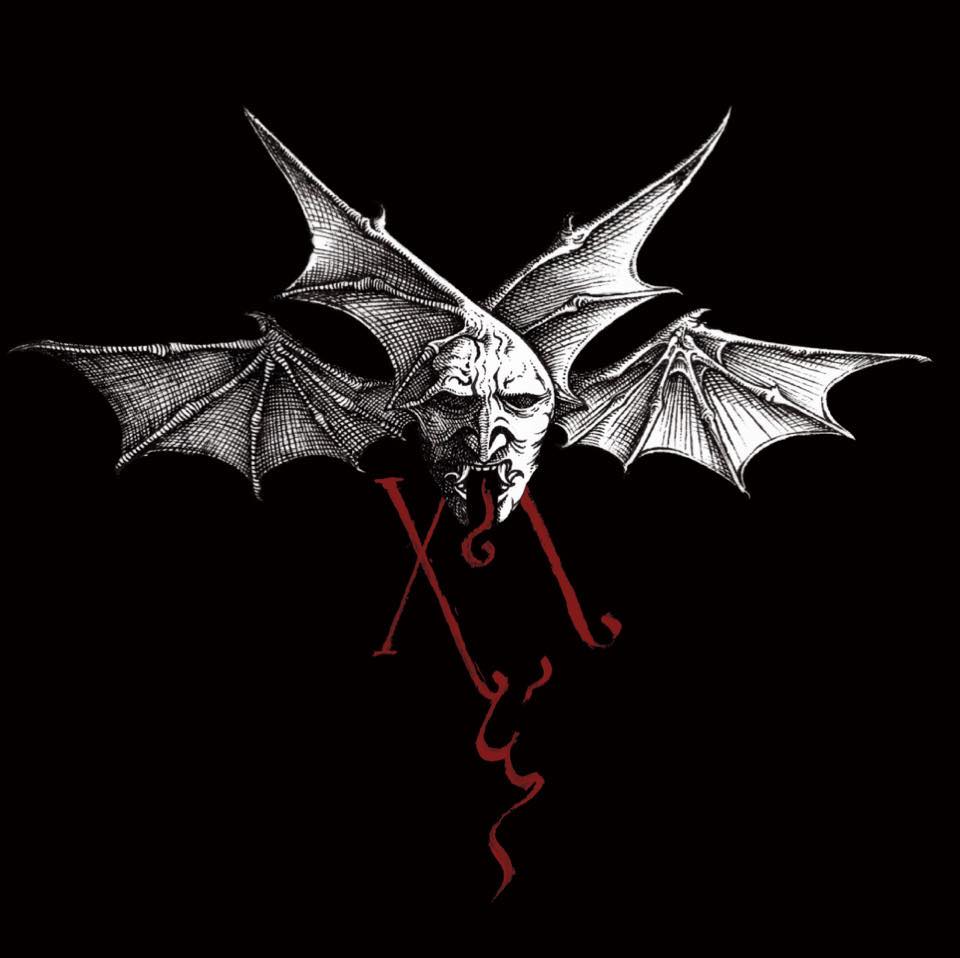 TIBM: A lot of artists that dabble in various metal projects, often do so within separate genres and so, this is no doubt a question you’ve been asked before (I do apologize in advance), however, I’m intrigued to know what drove you to create so many different projects within the one sub-genre? That being Black Metal.

Naas: I suppose it is where I feel most at home as a musician although I have also done Death Metal and Dark Ambient albums.

TIBM: Vocally, your display within Akhlys is completely beastly and subhuman – demonic so to speak. What persona do you adopt or conjure when you are recording vocals?  And do you prefer to record vocals when no one is around to completely get yourself into this inhuman zone?

Naas: The dark side of the ego/conscience is what I try to ground myself in when I am doing vocals. Often I just fall into this really. That is to say, the part of the self that is distanced from the mundane everyday dealings, thoughts, habits, so on. This aspect of the ego tends to be much more “still”, open, receptive, and what I see as a last harbor before entering the truly meditative states where ego slowly dissipates, which makes this “shadow-self” liminal in a way, the genius on the cusp of its own abyss.  Yes, I absolutely prefer to record in solitude.

TIBM: I was reading a while ago where Akhlys was created to remain a recording project; however, you have taken Akhlys to the stage in recent years. How was this experience for you? And given that Akhlys builds so much atmosphere and ambiance, are you able to deliver this to such standards during live performances and how do you ensure this?

Naas: We have only played live once so far which was in Iceland. Admittedly it was quite rough around the edges being our first gig and unfortunately we had a lot of technical issues. A few years have passed now and we have really refined everything. I feel we are efficiently able to capture the wall of sound we are known for. All elements present on the album, the heavy ambient, synths, guitar layering and so on, it is all there live. We are very eager to get out there and perform once the world allows.

TIBM: Now that Melinoë is out and on everyone’s lips, and making it on many top albums of 2020 lists already, will you be pushing forward with creating more work right away with Akhlys? Furthermore, what can we expect next from your other projects Aoratos & Nightbringer?

Naas: No, not right away although some initial ideas are already forming despite myself. As far as the other projects, more on that in time…

TIBM: Naas, this has been a true pleasure. If there is anything you would like to leave the reader with, go for it.

Naas: Life is a dream forgotten in the slumber of death.