Ad Omega is a Black Metal project from Viterbo, Italy! The band was born from an idea of Noktvrnal in early 2019, and Phersu immediately joined it. After the second EP “Golden Age in Blasphemy”, Phersu left the band. Vindur joined the band on drums and synth. The initial idea was to make a Black Metal that combined the influences deriving from the Scandinavian Black Metal of the 90s (Mayhem, Taake, Dissection, Satyricon) with the most modern inclinations of the genre, looking for a sound at the same time dirty and elegant, with moderate use of synths to enhance the sulfurous climate of the overall production. The band’s first release, available exclusively in the digital edition, is “Luciferian Climax”, which dates back to June 2019 and contains three tracks (Slaves, Architect of Extinction, Requiem for the Collapse of Universe). In April 2020 the second EP “Golden Age in Blasphemy” (Non-Serviam, Lux(I)Fer, Heretical Path, Great Mother Lilith) is released for Narcoleptica Production, which marks a further stylistic and compositional growth for the band.

Ad Omega is totally devoted to walking the Left-Hand Path.

This Is Black Metal Webzine found Noktvrnal and Vindur and talked about their New Release (Debut album) “Tenebris Templum” and all their future plans!

Noktvrnal: Thanks to you and to This is Black Metal for your interest in us. We are fine, we feel satisfied with the work done and established to grow further … Never stop the madness!

Vindur: Thanks, we’re fine and it’s an honor to participate in this interview.

TIBM: Your latest work Tenebris Templum I presume represents the cornerstone of the evolution you have had over time. How have you developed the sound over the years?

Noktvrnal: Tenebris Templum is certainly the most mature and complete product we have produced so far. With the previous EPs we have taken the measures if we can say so: We tried to identify our way, to understand where we wanted to end up. In addition, there have been line-up changes that have affected the writing process and sound research. We are aware that we have done a good job, but we also feel the need to overcome it, overcome ourselves, go further, in increasingly complex and obscure territories, as it should be.

Vindur: I see Tenebris Templum as a starting point. There was a principle: the works of the old formation. Now there is our sound, a hellish world full of doors waiting to be thrown open. Tenebris Templum is the beginning of the end.

TIBM: The title of the album shows the satanic and anti-religious components dealt with in your lyrics. Does the album have a specific concept or is the lyrics of each song to be considered in itself?

Noktvrnal: Tenebris Templum is an album on anti-cosmic Satanism, on the inadequacy of the human being in knowing and wanting to see beyond the approximation of the perceptible (unequivocal sign of the Kaly Yuga), the need to reject the false god to know the True Self beyond the ego. It is a very dark record, it is the search, in the dark, for the light of Lucifer, the fire of Prometheus .. it is the privilege of a few to be able to see, not just to look. But this is the sense of Ad Omega in general, it goes beyond the single release!

Vindur: As well explained by Noktvrnal we have a well-defined concept, but which can include many lines and shades. In general, we follow this path, but nothing prevents us from touching on other topics. There are no first prejudices on this.

TIBM: I would be curious to know how the composition of the tracks of Tenebris Templum took place. Have you tried it in the rehearsal room or, a method often used today, have you worked remotely?

Noktvrnal: We worked remotely but always in close contact. Vindur and I have known each other for many years, we have already shared musical experiences in the past. The feeling is, more or less, that of playing together in a hall, composing and making shared choices at the moment. It is a very satisfying understanding.

Vindur: We have been playing together for many years both in the rehearsal room and live. But this project is currently only in the studio. There are no difficulties, indeed. It all flows very linearly. We can focus only on the essentials. One of the best agreements ever. It is not obvious, because both Noktvrnal and I do not have easy nature and we do not always find a good understanding with people. 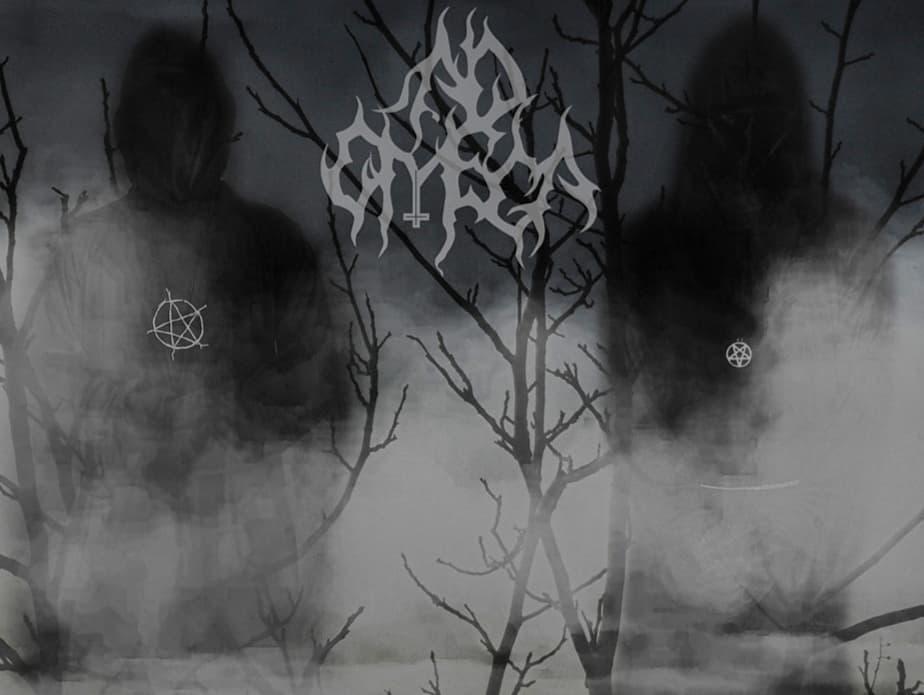 TIBM: The album cover was made by the graphic studio Silent Wood, owned by your singer Nok Tvrnal. Can you reveal the meaning of the artwork and tell us if the next graphics of your works will be again by Silent Wood?

Noktvrnal: Actually Silent Wood is a project that my girlfriend and I carry out, but the creative part, in this case, is the prerogative of my partner. The project is aimed at all bands of course, and we always try to get into the mood of our clients to make them satisfied with the final work. In the case of Ad Omega this happens in a simple way, because communication is direct and, most of the time, it is natural to empathize and understand what the meaning of a project is and outline the most suitable images to “describe” the music. . The artwork of Tenebris Templum has a very symbolic, esoteric energy … it is the entrance to a Temple, beyond which there is the unknown, the chaos without form and direction, the highest level of conceivable freedom, the overcoming the deception of the creation of the demiurge.

TIBM: Home recording has been customary for many musical projects for years. How did you find yourself registering privately? Are you considering the option of contacting a studio for the next jobs or not?

Noktvrnal: We got on well for many reasons that a musician knows well: we didn’t feel pressure, rush … we had the freedom to go back and back several times on every single riff, think about the sound without interference, etc. The option to go to a studio and think about the mix and other details in the future. We do not preclude any path, as long as it is functional for the good of the band.

Vindur: What technology offers today for a home studio is a lot. Technical skills are fundamental. But the most important factor is time. The advantage of having no deadlines and artistic freedom can outweigh the quality of a professional studio. We found ourselves very well and we have had positive feedback. We will evaluate all options for the future. 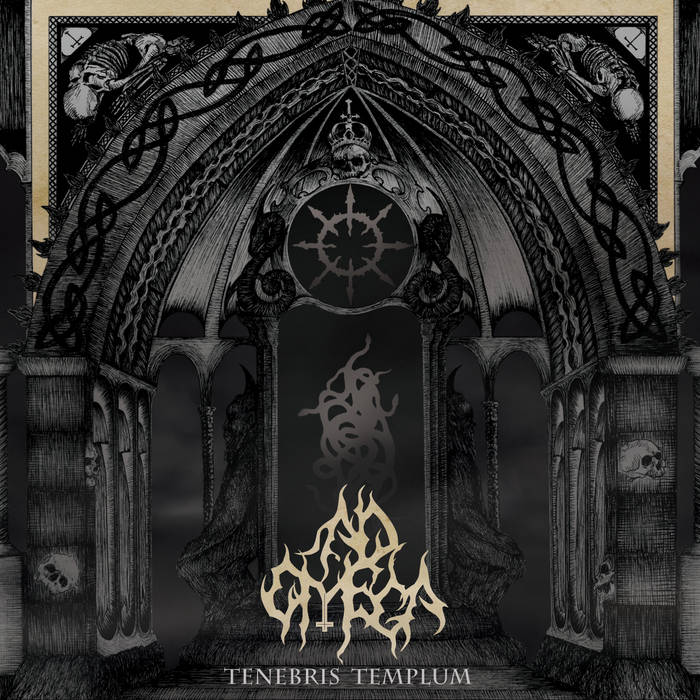 TIBM: One of your musical influences that came to my mind when for the first time I listened to the single “Imperium Satanae” was that of Marduk: the song sounds diabolical and I feel a strong component of their sound. Do you denied or confirmed that? Take the opportunity to reveal the major musical influences you adopt to create your sound.

Noktvrnal: I honestly didn’t approach the composition thinking I had to look like someone else specifically. Certainly, the ratings with which we have grown, together with those that have been added over the years, can be guessed by listening to our productions. Among my favorite plays, there have always been very different bands: I think of Dissection, Taake, Deathspell Omega, Marduk… more recently Svartidauði, Myspirming, Akhlys .. Just to name a few, in a very reductive way. But I also listen to other genres. In short, everything is probably part of a baggage, the important thing is to find your own way, as personal as possible.

Vindur: Our influences are many. They range from the classic 90s black metal with which we literally grew up, I mention above all Satyricon, Darkthrone and Mayhem. Up to the most modern and dissonant currents. I think it’s the combination of all of this that inspires Ad Omega.

TIBM: The name you have chosen for the band seems to me to have a strong biblical and apocalyptic component: the aversion to alpha and therefore the end of something. Illustrate the meaning behind “Ad Omega”.

Noktvrnal: Yes, it all starts and ends cyclically, and Ad Omega is a project devoted to the Great Dissolution, to the Mahapralaya. Being the creator of the band I can say that there is also a more personal meaning behind the choice of the name, which, however, is not at all disconnected from the more spiritual motivations I have talked about.

TIBM: Such a question may seem risky given today’s times, but will it ever be possible to see the Ad Omega creature on stage?

Noktvrnal: Again I have to answer that the future is unpredictable, but at the moment it is not our priority. On a personal level, what I prefer is the studio phase, writing and composition … the moment that brings me closest to those energies and darkness that I am interested in experiencing when I make or listen to music. I have a conflicting relationship with the idea of ​​the live performance: sometimes I feel the urge to bring Ad Omega on stage, but this idea conflicts with my intimate and spiritual conception of music, of this project and of what it represents for me.

Vindur: For the future, we do not exclude anything. It is not currently our project.

TIBM: If you follow the Italian Black Metal scene, reveal to our readers some Italian bands that you consider worthy of note.

Noktvrnal: I don’t feel like giving names, at the moment I might forget someone who is worthy of being mentioned. There are really strong bands in Italy, as there are bands that, in my opinion, are sometimes overrated. But this is as true for Italy as it is for any other country.

Vindur: I can reveal my Mörkvind project. Even if it cannot be considered an Italian job.

TIBM: We have come to the end. Thank you for taking your time. I would like it if you conclude by revealing some details about the successor of Tenebris Templum.

Noktvrnal: We are working tirelessly because luckily our Black Flame burns hard, but it’s still too early to talk about Tenebris Templum’s successor in detail. Thanks, Hail Lucifer!

Vindur: If you want to descend into the infernal darkness and discover our world, we are waiting for you.