Interview: A Forest of Stars 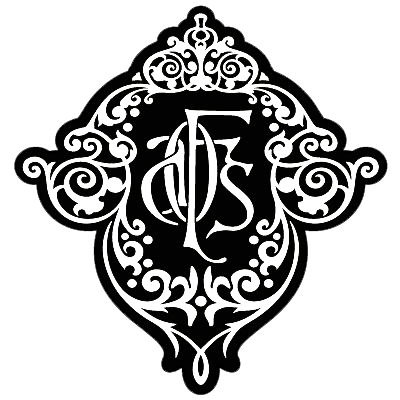 Although they are ostensibly known as a Black Metal band, England’s A Forest of Stars borrows liberally from foreign sonic invaders such as folk music elements, Avant-garde Atmospherics, and Psychedelic Art Rock to formulate their rather unique personal style. Launched in 2007 by the colorfully named Mister Curse (vocals), Katheryne, Queen of the Ghosts (aka Kati Stone of My Dying Bride — violin, flute, vocals), the Gentleman (synths, pianoforte, drums), and Mr. T.S. Kettleburner (guitar, bass, vocals), A Forest of Stars made their recording debut with 2008’s limited-edition (just 1,000 initial copies) The Corpse of Rebirth album, later reissued in larger quantities by the Transcendental Creations label.

This Is Black Metal Webzine had the chance to talk with Mr. T.S. Kettleburner (guitar, bass, vocals) about everything you want to know about this great Black Metal band from U.K.!

This Is Black Metal: Today We’ve been lucky enough to chat with Mr. T.S. Kettleburner from the monster that is A Forest Of Stars…

Mr. T.S. Kettleburner, thanks for taking the time to talk to our readers… Run us through AFOS’s discography quickly, please…

Mr. T.S. Kettleburner: So, we began life as a quartet with our debut “The Corpse of Rebirth” in 1888. As this quite surprisingly failed to fail, we decided to create “Opportunistic Thieves of Spring” in 1890 as a quintet. “A Shadowplay for Yesterdays” became the next stain on our already sullied reputation in 1892, with us having managed to grossly swell to a septet at this point. From there on it was up to “Beware The Sword you Cannot See” in 1895 and “Grave Mounds & Grave Mistakes” in 1898 to deal with some more unfulfilling tomes of bad judgment. There we remain to this day, slowly rolling the next turd.

TIBM: When and where was the band formed? how has the lineup changed over the years?

Mr. T.S. Kettleburner: Our family tree, at least for the first 5 years of our existence, resembles something of a dense inane scribble. I can simplify this by accounting only for members who appeared on recordings, and not including instances of us just accumulating more members. I ducked out from guitar duties for a few years after Opportunistic Thieves, allowing for Henry Hyde Bronsden (aka. Duncan Evans) and Gastrix Grimshaw the chance to try and fix this mess. Grimshaw, knowing nothing could be done to save this, bowed out shortly after, at which point I returned. Soon after this Bronsden left the group, which led the way to the introduction of William Wight-Barrow. This provided us with a stable lineup that remains to this day. 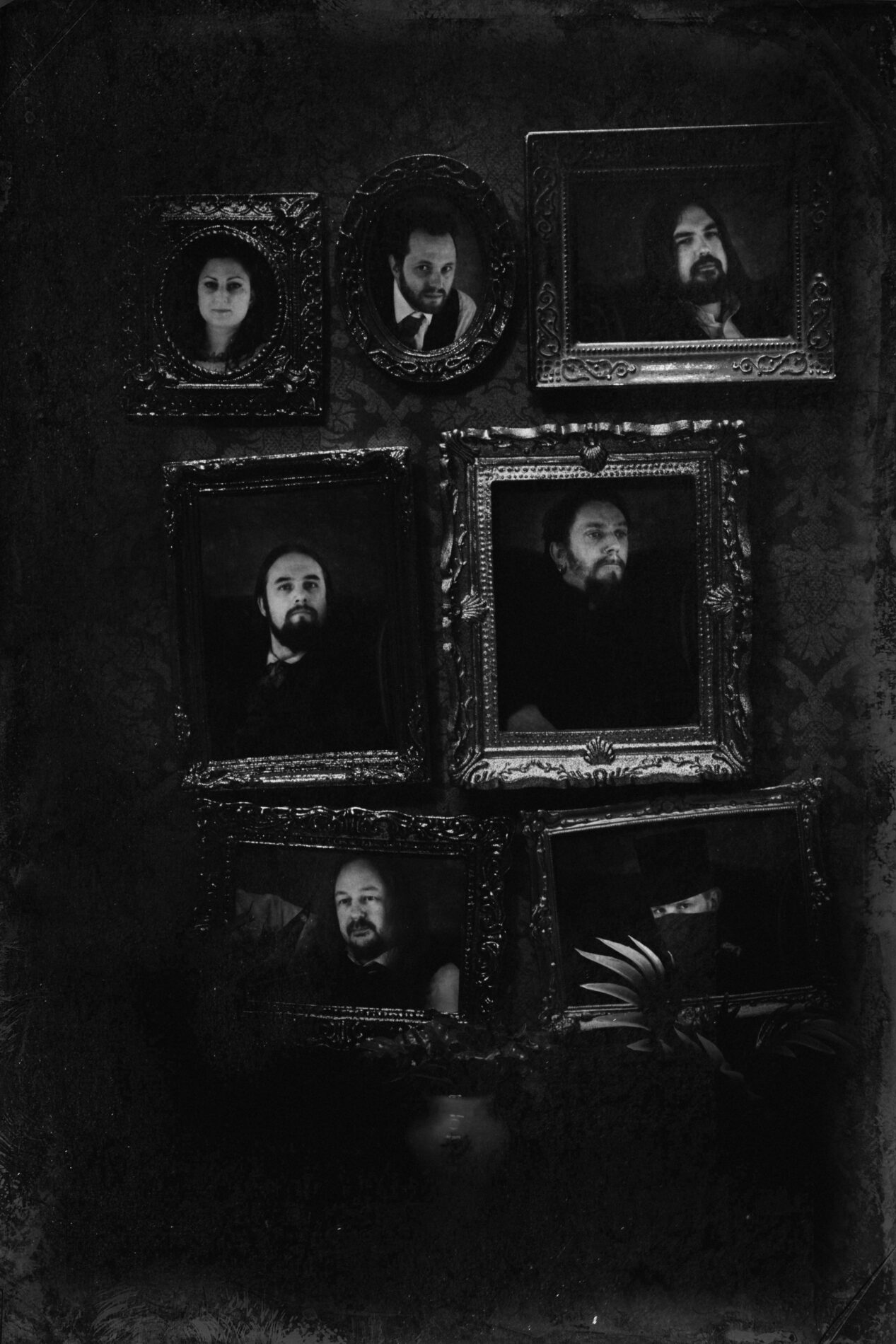 A Forest of Stars

TIBM: Tell us about the songwriting…Who participates and what is the process?

Mr. T.S. Kettleburner: Now, this we enjoy greatly. It has changed a bit over the years, but several of us enjoy becoming the “founders” of various songs, which then slowly get twisted and contorted into their final form. Sometimes they get hacked away at mercilessly in the name of “songwriting”, other times they evade scrutiny entirely. Once the founder(s) are happy, the other members add to a demo version, which is finally grouped together with the rest of the songs and carted to our record label for approval. There is quite the joy in collaboration and creating something unexpected; I fail to tire from it.

A Forest Of Stars – A Prophet For A Pound Of Flesh

TIBM: Your hauntingly melodic victorian symphonies are dark, perverse and nostalgic…. where does the Victorian influence come from? How did you manage to absorb that effect into the sound?

Mr. T.S. Kettleburner: I do honestly think that there is some projection that occurs on the listener’s part here, but it would be very true to say that we enjoy writing music that is sometimes austere and solemn and at other times grandiose and sickly. Spitballing here, I think that we are quite respectful of musical theory and structure in a way that could also lead to that conclusion. Our constant dialogue with the choir invisible also helps.

TIBM: Now your music is definitely not ‘traditional’ Black Metal… Although dipping into the darkness, the song structures are complex and sometimes nearly psychedelic, sometimes classical. Who were the band’s influences growing up? Where do those layers of artfully orchestrated guitars, pianos and violins come from??

Mr. T.S. Kettleburner: As individuals, we have hugely different tastes in music, with just enough common ground to make it work. Our van playlists are an utter fucking mess. From a performance perspective, I would say that some of us have had “proper” musical teaching, some of us are self-taught. In terms of where we began, we were sucking hard on the teat of Ved Buens Ende, Pink Floyd, Fleurety, Swans, Godspeed You! Black Emperor, plus a huge amount of other stuff. We continue to be influenced by music and films that create immense atmospheres – Kill List by Ben Wheatley was probably more influential on me creatively than any band or album during the writing process of the last album.

A Forest of Stars – Gatherer of the Pure [official music video]

TIBM: Tell us about your best and your worst moments as a band!

Mr. T.S. Kettleburner: As far as best times go, there are numerous concerts that we have played and moments of kinship and mischief that we have shared that are a rich part of our memories and lives. In terms of worst moments, bar anything too personal to talk about more widely, the Stena Line ferry crossing from Hook of Holland to Harwich is a cruel hell that I would wish upon no one in its boredom-inducing purgatorial misery.

TIBM: If you could play with any other musician/band alive or dead who would it be and why?

Mr. T.S. Kettleburner: While I don’t really have heroes musically, I would love to be a fly on the wall of Ved Buens Ende when writing Written In Waters, or maybe even Weakling writing Dead as Dreams. In terms of bands I am composing or performing with, I would not view myself as up to standard to play with any band that I hold in respect, and think that their dynamic is perfectly served by their own form. In terms of things, I could improve by playing on? Nothing, probably.

A Forest Of Stars – Drawing Down The Rain [official music video]

TIBM: What are your plans for the future? I understand you’re touring in December? Or at least playing some long-awaited shows…

Mr. T.S. Kettleburner: As I write this we are furiously blowing cobwebs and dust off of our live presence for a concert in the coastal city of Brighton, Winter Assault Fest, with more planned for next year. As much as we are not the most prolific live act, we can’t wait to play for people again. We are also trying to make another album at some point as well. There’s not much more to say that we haven’t yet quite succeeded in doing so!

TIBM: Why did you choose to become a Black Metal musician??

Mr. T.S. Kettleburner: It is a music and attitude that we feel that I hold a certain amount of reverence towards, so the decision to create music in this vein was taken very tentatively and with huge respect. The important thing was to try and create something that respected the spirit of this genre – the genre demands reaction and non-conformity, so any music had to feel different but right, which it did. We did this because we had a huge creative desire to create something dark and strange and there was much that we were influenced by in the genre. We embraced our youthful enthusiasm and relished in creating truly atmospheric music for the first time.

TIBM: Tell us about your other projects…

Mr. T.S. Kettleburner: Well, I have recently released an EP for a side project called The Water Witch, called “The Eternal, Unrelenting Daylight”, which features myself, Curse and The Gentleman. It was a collection of songs recorded in conditions made necessary by the pandemic, so is definitely quite a bit more minimalist than the first album. It had been a long time since I had released anything from that project so it seemed like ample time to collect my thoughts and create something with them. We came out of the pandemic in a fragile, unsure state and this reflects and documents that I think.

TIBM: Would you like to add anything for our readers?

Mr. T.S. Kettleburner: I would say thank you for reading this interview and thank you for your support of our collective shambles!

A Forest of Stars

Review: Harakiri for the Sky – Mære
Warlock March 27, 2022
This Is Black Metal ©All rights reserved.