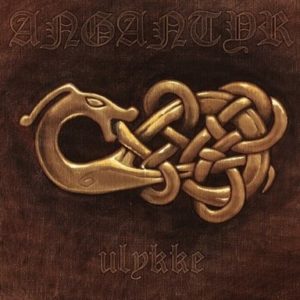 When I learnt that Angantyr are going to release a new album, 6 years after the last one (Forvist), it raised me a smile! Angantyr are considered, at least for me, the best Danish BM band! Especially their Sejr and Haevn albums should be checked by anyone.

With this album they offer us BM the way they used to and all this years. Fast, melodic with some epic parts and a very good sound.  It’s better that Forvist, but doesn’t approach the greatness of Sejr or Haevn. The disadvantage of Ulykke, is that Angantyr tried to play safe here. I mean that there is nothing new comparing to the old releases, yes sometimes this is good, but not always. Many times I had the impression that I have heard this song before, not by another band, but by them.

To keep the story short, if you own their previous releases, then you would probably enjoy and this one. Fans of Sorhin, Dawn (Slaughtersun era) should give it a listen or two. All the others, first listen to Haevn and Sejr and then decide how to proceed. Still better than Ynleborgaz (Angantyr’s mastermind) other project, Make A Change…Kill Yourself…